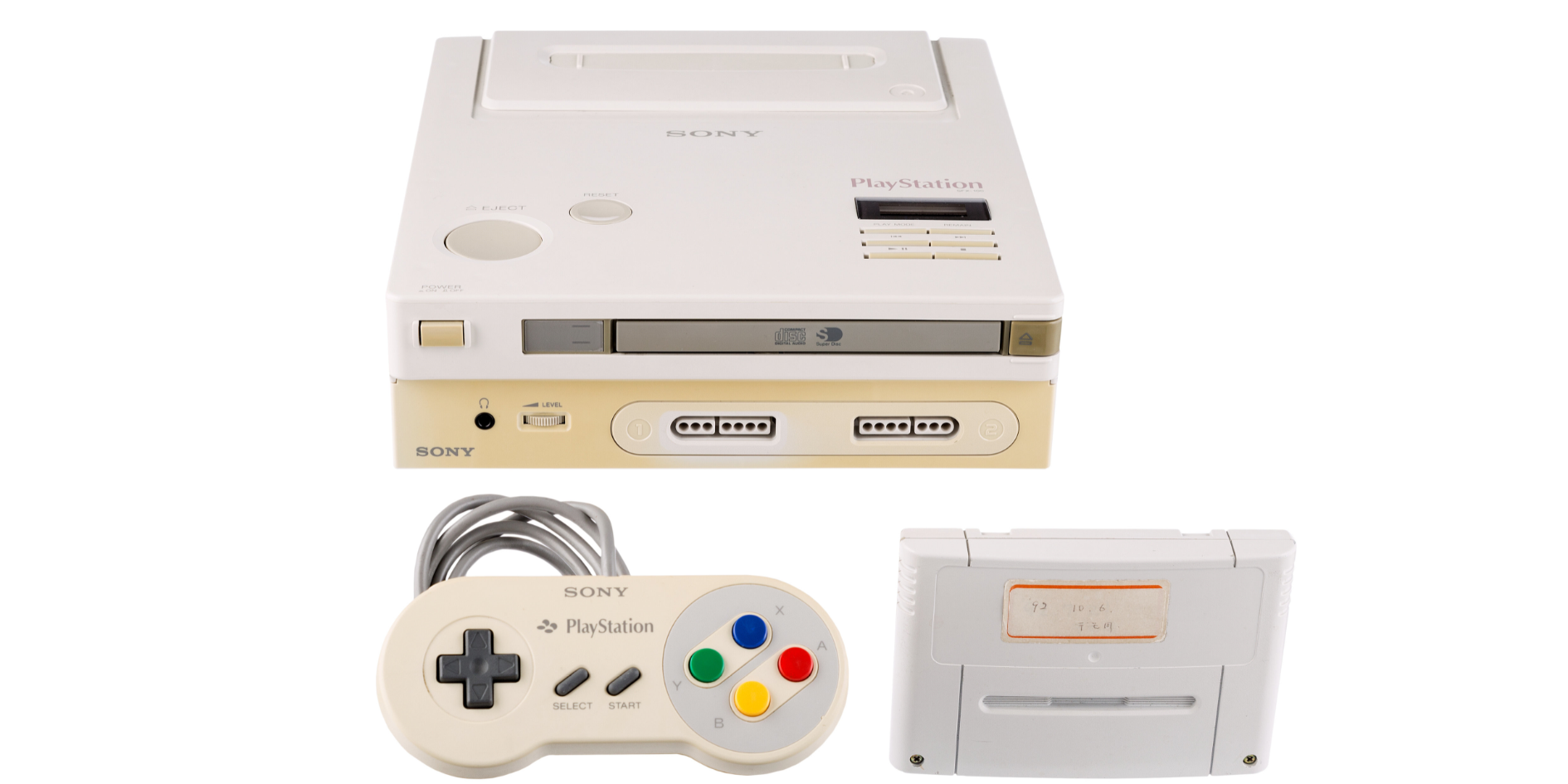 Over 20 years ago, Nintendo and Sony weren’t rivals in the video game console business – they were partners.

Sony had yet to introduce its now-famous “PlayStation” line of game consoles. Nintendo was looking to expand its wildly popular, but flagging, Super Nintendo console with a CD-ROM drive.

At the time – the late 1980s and early 1990s – Nintendo was facing increasingly serious competition from the likes of Sega and its “Genesis” console. Worse: it was rumoured that Sega had a CD-ROM add-on planned for the Genesis. Sony, meanwhile, was looking to get more serious about the video game business, having developed a piece of the Super Nintendo’s internals and seen a strong return on investment.

And thus, the “Nintendo PlayStation” was born. 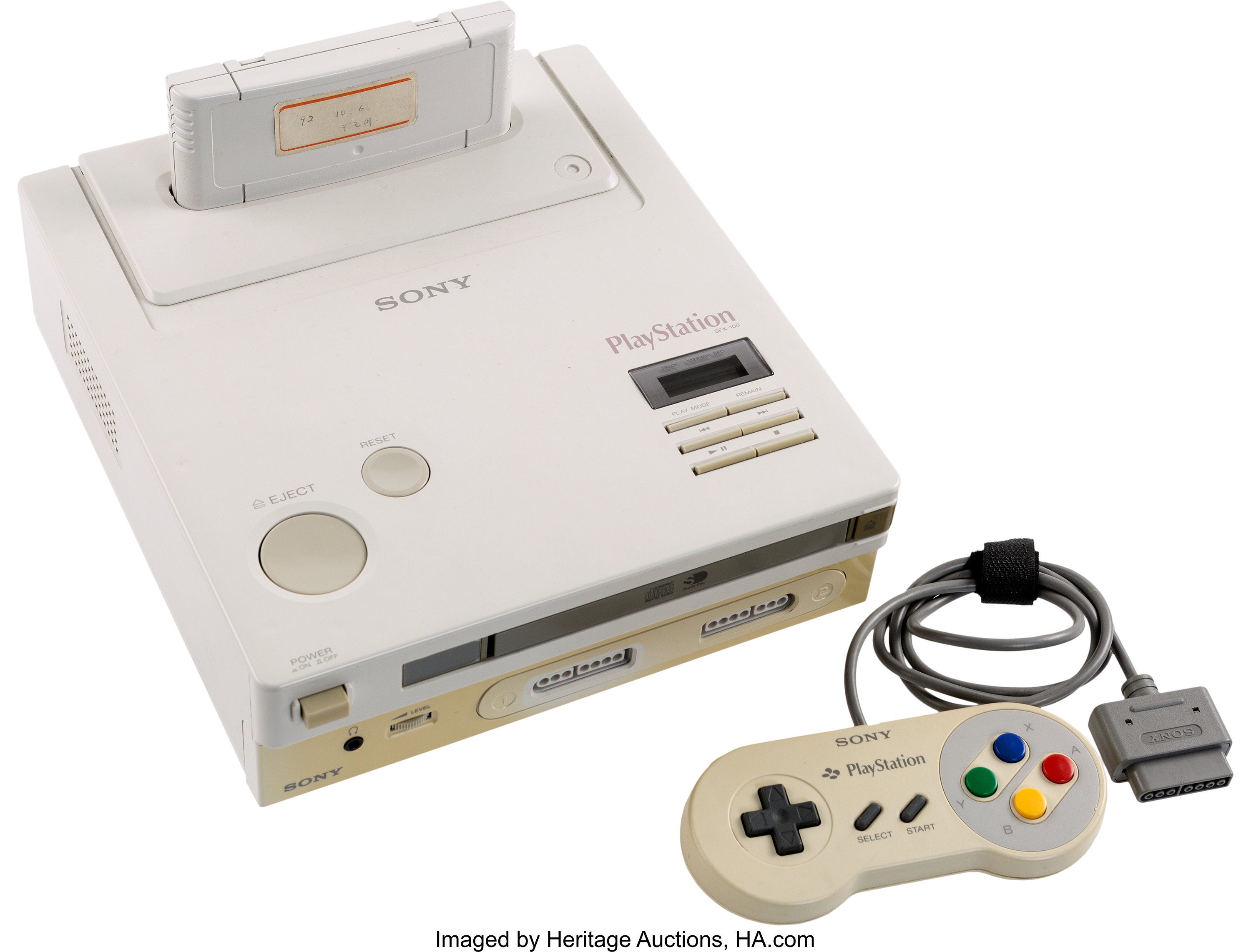 In the end, around 200 prototype units of the Super Nintendo / PlayStation were created and subsequently destroyed.

Sadly, the device has never shown up on eBay (or Antiques Roadshow) … until 2015, when Reddit user Dan Diebold found what you see above in his father Terry’s attic. Sounds too good to be true, right? Ridiculous, even.

That it is, but the explanation is shockingly pedestrian.

Diebold’s father, Terry Diebold, reportedly worked at Advanta Corporation – a now defunct banking company – in the early 2000s, under the leadership of president Olaf Olafsson. That last name is important: Olafsson was the former president of Sony Interactive Entertainment, the group that became Sony’s PlayStation arm. Olafsson had brokered the deal with Nintendo back in the late ’80s, as well as the deal with Sega in the early ’90s.

Olafsson is exactly the kind of guy who might have an extra prototype of the “Nintendo PlayStation” hybrid console.

When Advanta went out of business in 2009, Terry Diebold was tasked with disposing of a variety of company resources. In one box, Terry Diebold supposedly found the prototype seen in the pictures here, subsequently posted to Reddit by his son, Dan Diebold.

And now, five years later, the extremely rare Nintendo PlayStation prototype is up for auction.

As of Friday morning, the highest bid stands at $US360,000 – and the auction continues for another 21 days. But who in the world has just shy of half a million dollars (or more!) to spend on a video game console prototype?

“I am currently the highest bidder on this,” Oculus VR co-founder and Oculus Rift creator Palmer Luckey tweeted on Thursday evening. “Who are the other nutters who keep bidding against me?”

Luckey is in the unique position of being a video game collector who has millions of dollars to spend as he wishes. That’s because he founded a company in Oculus VR that Facebook purchased back in 2014 for $US2 billion. Luckey, as co-founder, instantly became a millionaire in the sale.

But even Luckey is facing stiff competition in the bidding, apparently. 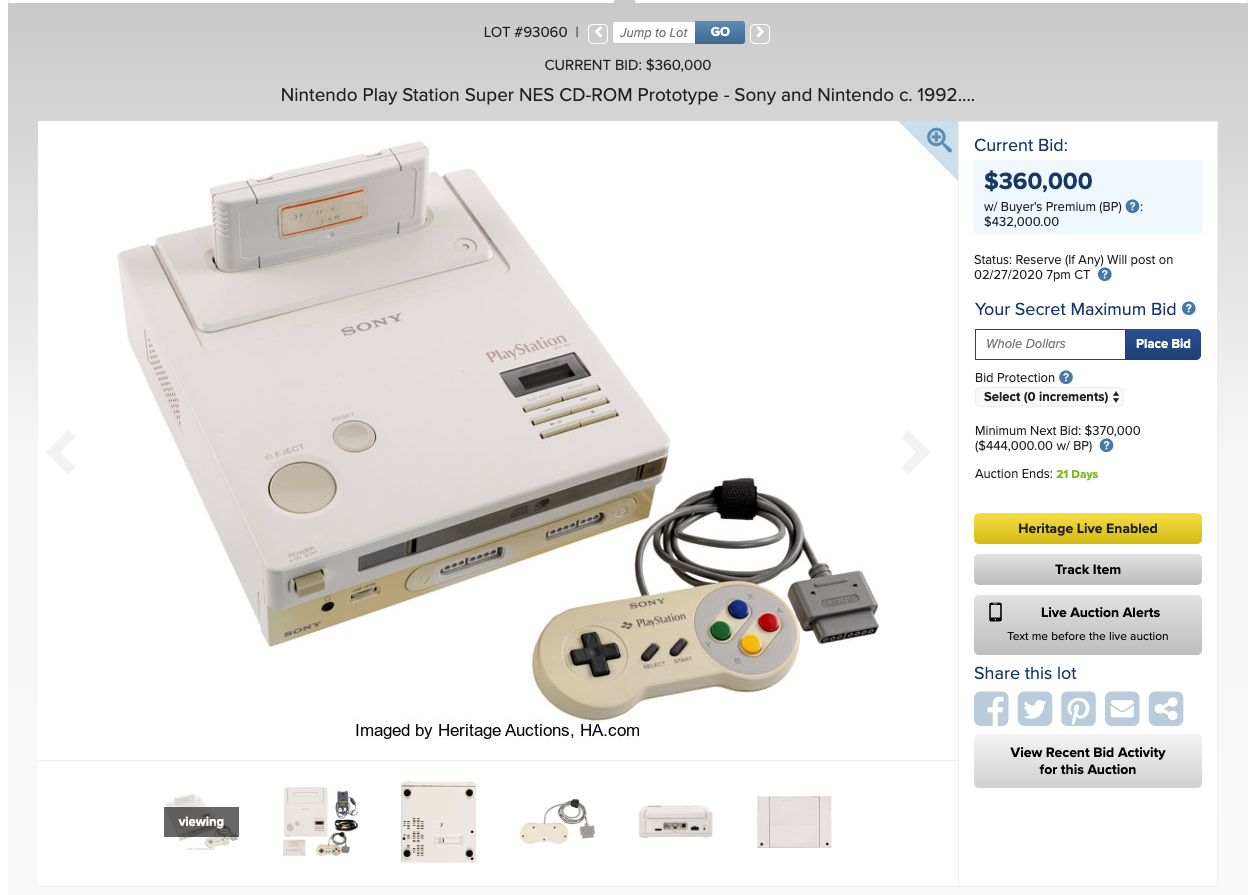 “The Nintendo PlayStation is very, very cool,” he tweeted, “but I can only think of a handful of other people who think it is $US300k worth of cool.”

It is, of course, entirely possible that the auction price is being artificially inflated by people bidding the price up with no intention of paying.

It’s also possible that some other wealthy people who care deeply about video games and technology are bidding against Luckey. Perhaps the creator of “Minecraft,” Markus “Notch” Persson, who became a millionaire instantly when he sold his creation to Microsoft back in 2014? Or maybe the head of “Fortnite” studio Epic Games, Tim Sweeney, who is a billionaire? Or maybe Elon Musk, who loves video games?

What is clear, however, is that the price is sure to go up over the next 21 days of the auction.