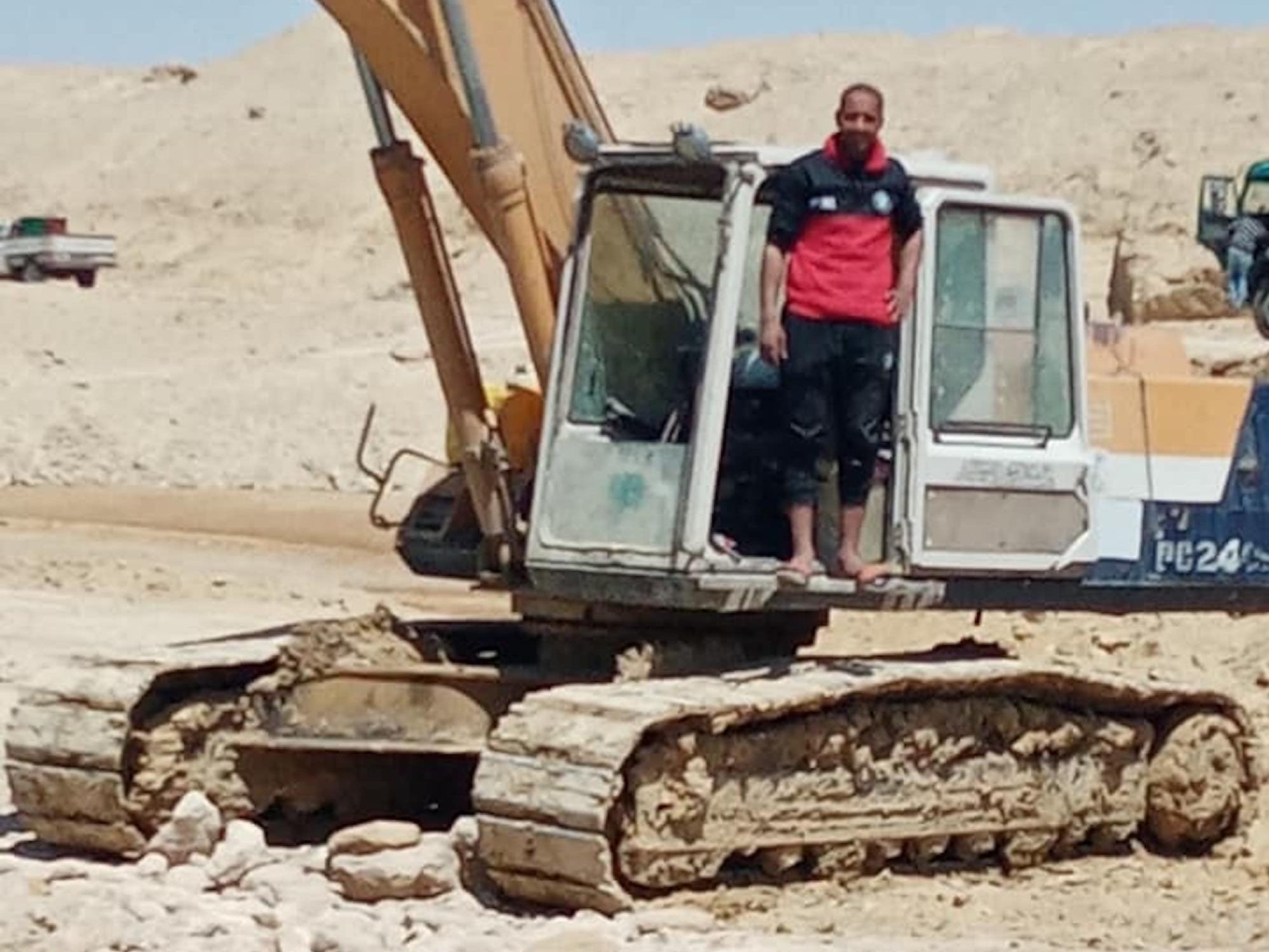 When the excavator operator Abdullah Abdul-Gawad learned that there was an emergency at the Suez Canal, he thought it meant he would have no work that day.

Instead the hours ahead – and the next five days and nights – had quite the opposite in store. The Ever Given, a skyscraper-size container ship, became lodged in the banks of the canal on March 23, and Abdul-Gawad’s boss needed him urgently.

“We need you to get in a car and come right now because you’re the only excavator driver who’s close enough,” Abdul-Gawad, speaking with Insider via an interpreter, recalled being told.

Describing the scene that faced him at work, Abdul-Gawad told Insider it was “really quite something.”

“It was awe-inspiring,” he said.

The 28-year-old, who has been operating excavators since university, said he and his colleagues worked 21-hour days, barely sleeping – and still had not received their overtime pay.

Here’s how he said events unfolded from inside the excavator cabin. 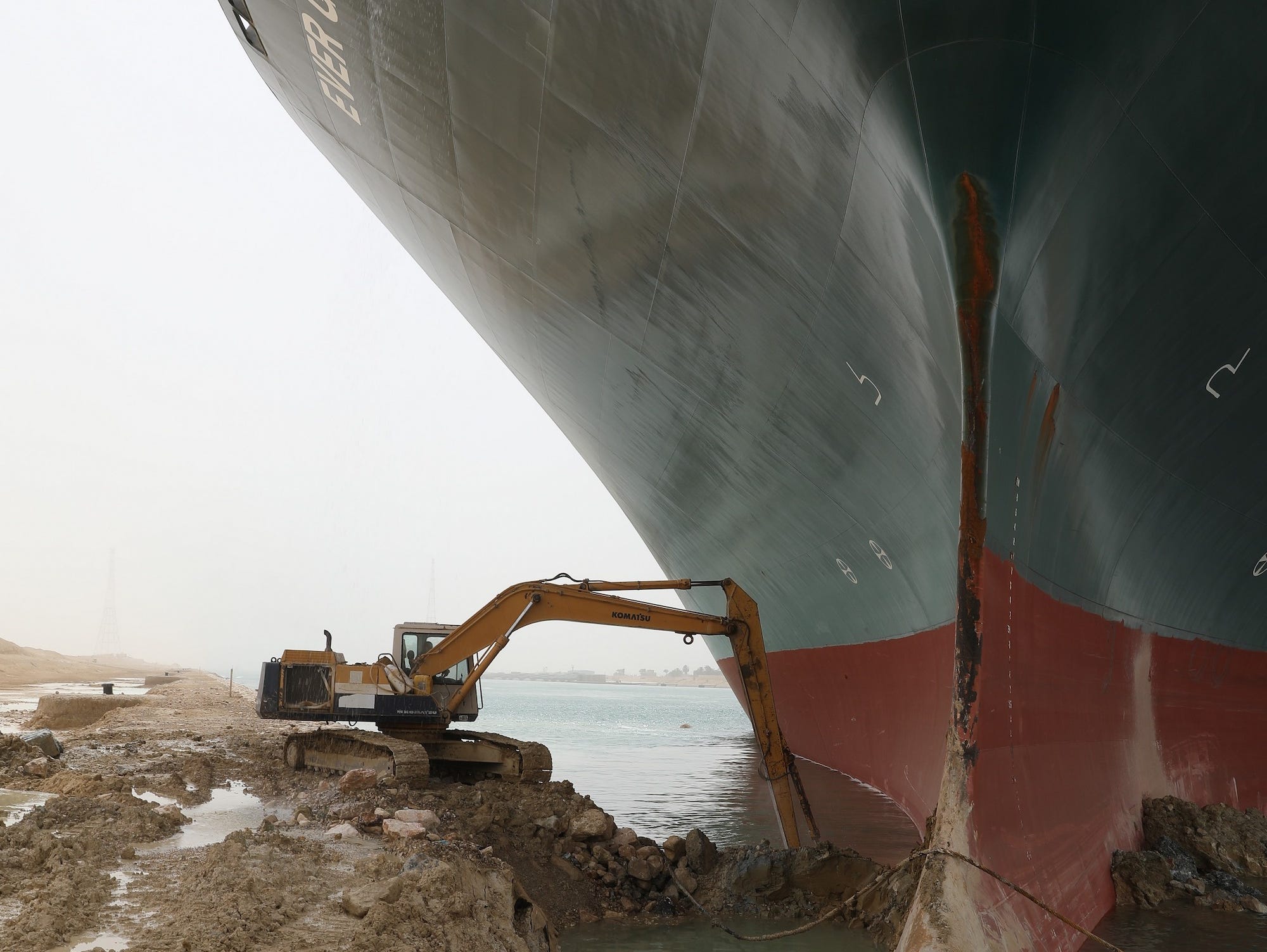 Suez Canal AuthorityThe Ever Given, trapped in the Suez Canal on March 25.

Freeing the Ever Given was an international effort, with winches, dredgers, tugboats, and excavators all brought in. But Abdul-Gawad was the man who was literally at the rock face of the problem. Once he got to the base of the ship, there was no choice but to start digging.

In his estimation, the Ever Given’s bow was lodged about 6 meters, or 6.10m, higher than where the ship ought to have been floating. Its stern was also sitting on the opposite bank, and the sideways ship was blocking all traffic.

To approach the base of the vessel, he built a makeshift “bridge” from rubble he dug up, allowing him to get closer.

The image of the little excavator gave the world unparalleled meme fodder, but for Abdul-Gawad the situation was far less funny – it was dangerous.

Under the looming sides of the ship, he feared destabilizing the ship and having it topple onto him. “The thing is, I was terrified that the ship might list too far to one side or the other,” he said. “Because if it fell onto its side on me, then it’s goodbye me, and goodbye excavator.”

Two more excavators arrived at the scene a couple of days in, but their drivers were too apprehensive to do what Abdul-Gawad was doing, he said. Instead, they cleared away the materials near the base after he had dug it out. 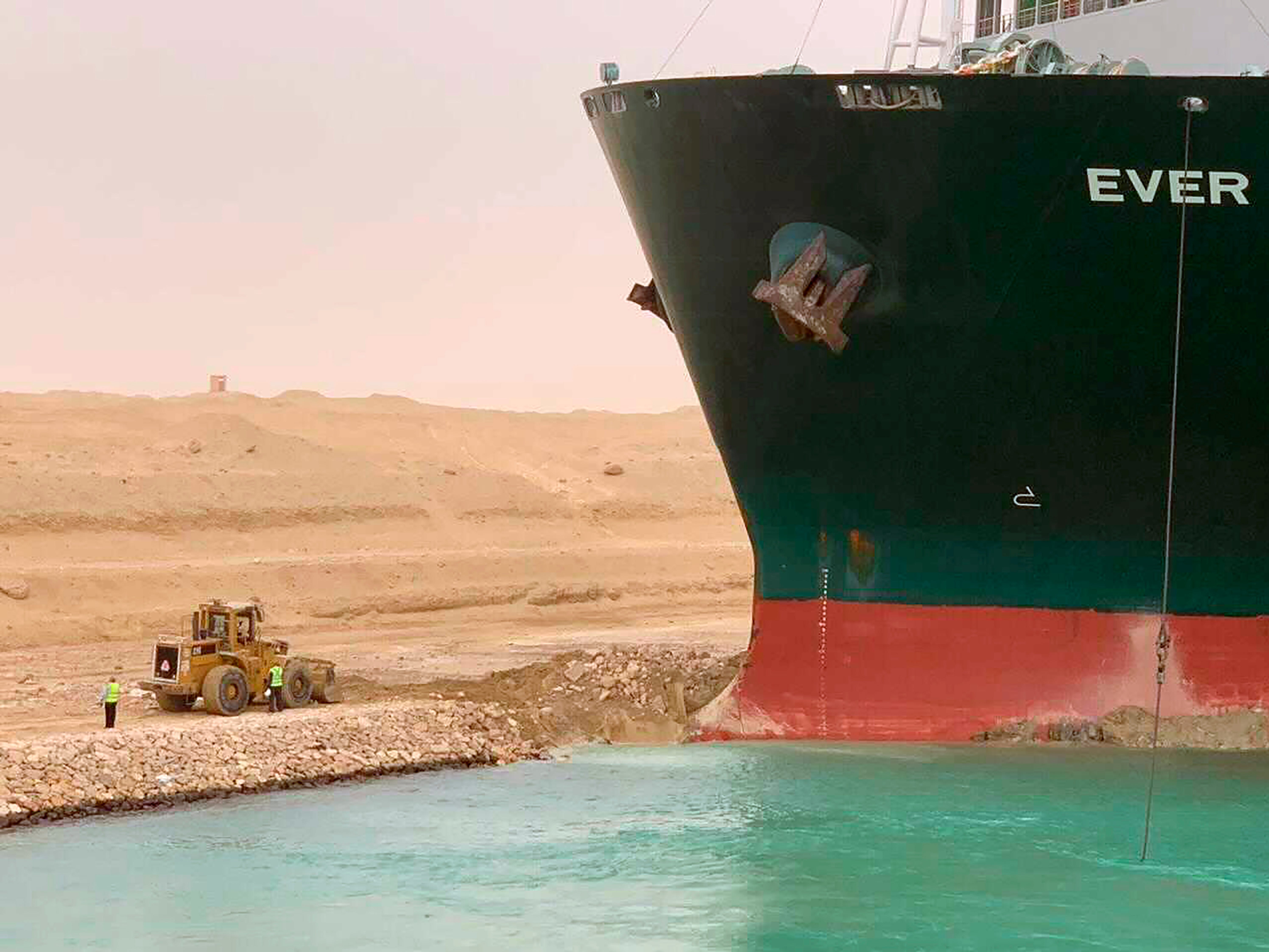 Driving the excavator in his flip-flops, Abdul-Gawad undertook hours of digging.

This would be followed by half-hour bursts of the tugboats making an attempt to pull the vessel, when Abdul-Gawad and his machine would get a walkie-talkie signal to retreat.

By the second day, memes of his excavator – based on an image circulated by the Suez Canal Authority – flooded his social-media feeds.

To him, it felt as if “everyone was just making fun of it,” he said. “And that was what made me so determined,” he continued. “I was like, you know, you’re making fun of me. So I’m absolutely going to prove that I can do this.”

But it was by no means clear he could.

“It can’t really be funny to me because I didn’t know whether this ship was going to come out or not, and I was in the middle of the situation,” he said. It became a personal mission.

“So I was feeling like, instead of mocking, you might actually do something to help me believe that I’m going to be able to get this ship out,” he added.

As the days wore on, Abdul-Gawad said, he and his colleagues grabbed brief moments of rest in a barracks used by border guards working nearby. “They knew that if we went home, they wouldn’t see hide nor hair of us for another eight or nine hours,” he said.

At most, he said they got about three hours of sleep a night, and one night took only one hour. 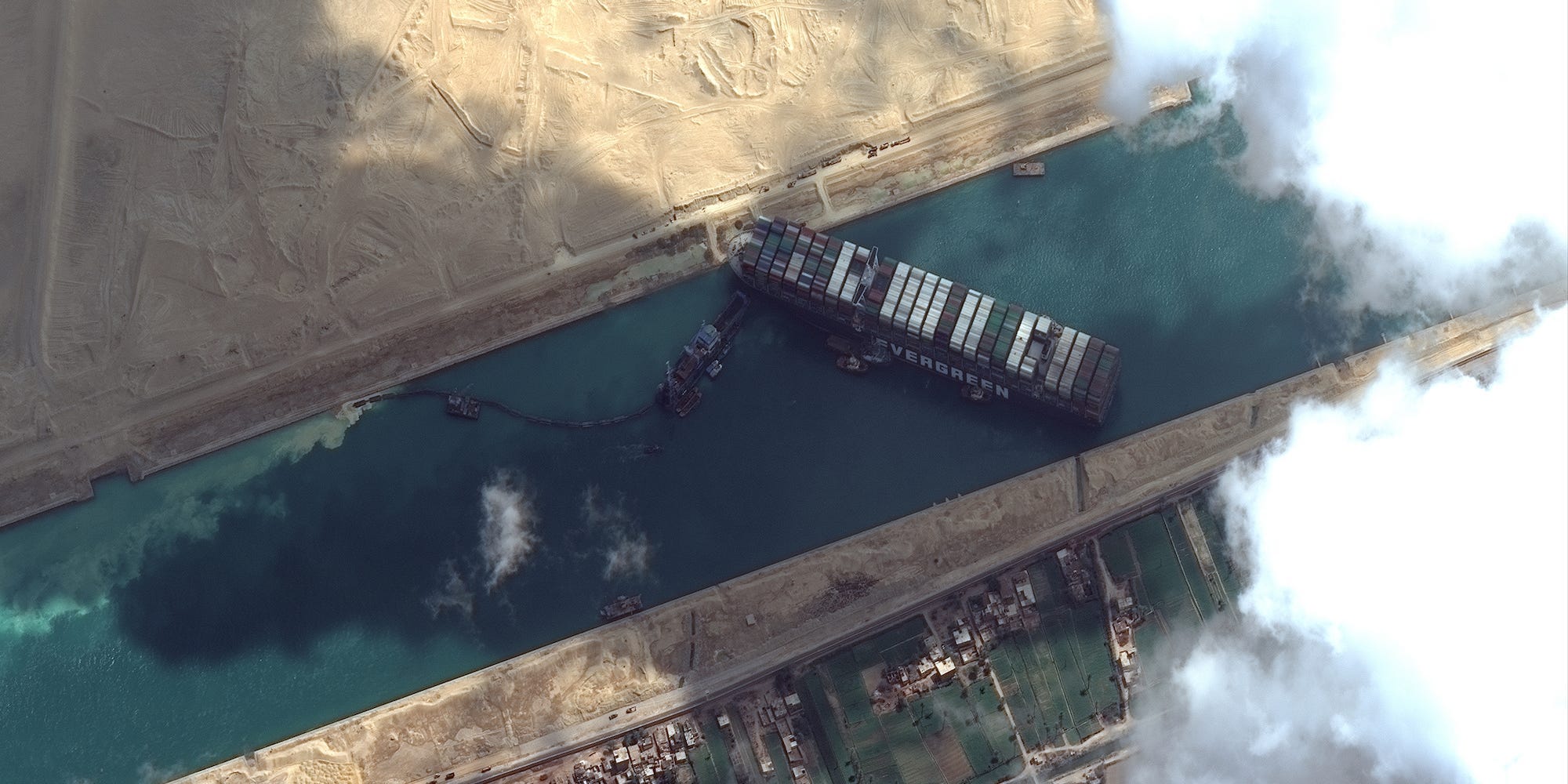 On Thursday 25, a specialized dredger boat – the Mashhour – joined the efforts. Abdul-Gawad’s job was to shift rock and sand material from the ship’s bow while the Mashhour dislodged the silt from the canal bed, he said.

The combined effort – with the help of a high tide – gave hopeful signs the next day, and finally succeeded on March 29. Ever Given’s release set every worker cheering – and tugboats honking – in celebration.

Abdul-Gawad said he and his colleagues had been “half-dead with exhaustion.”

“We had been stretched to our limit,” he said.

But seeing what they had done changed all that. “As tired and exhausted as we were,” he said, “the minute we saw the ship sailing off, it was like the tiredness evaporated, because of such a sense of achievement.”

President Abdel Fattah el-Sisi took a victory lap, releasing a statement that said: “Egyptians have ended the crisis of aground vessel EVER GIVEN despite the enormous technical complexity that surrounded the process.”

And then … near silence 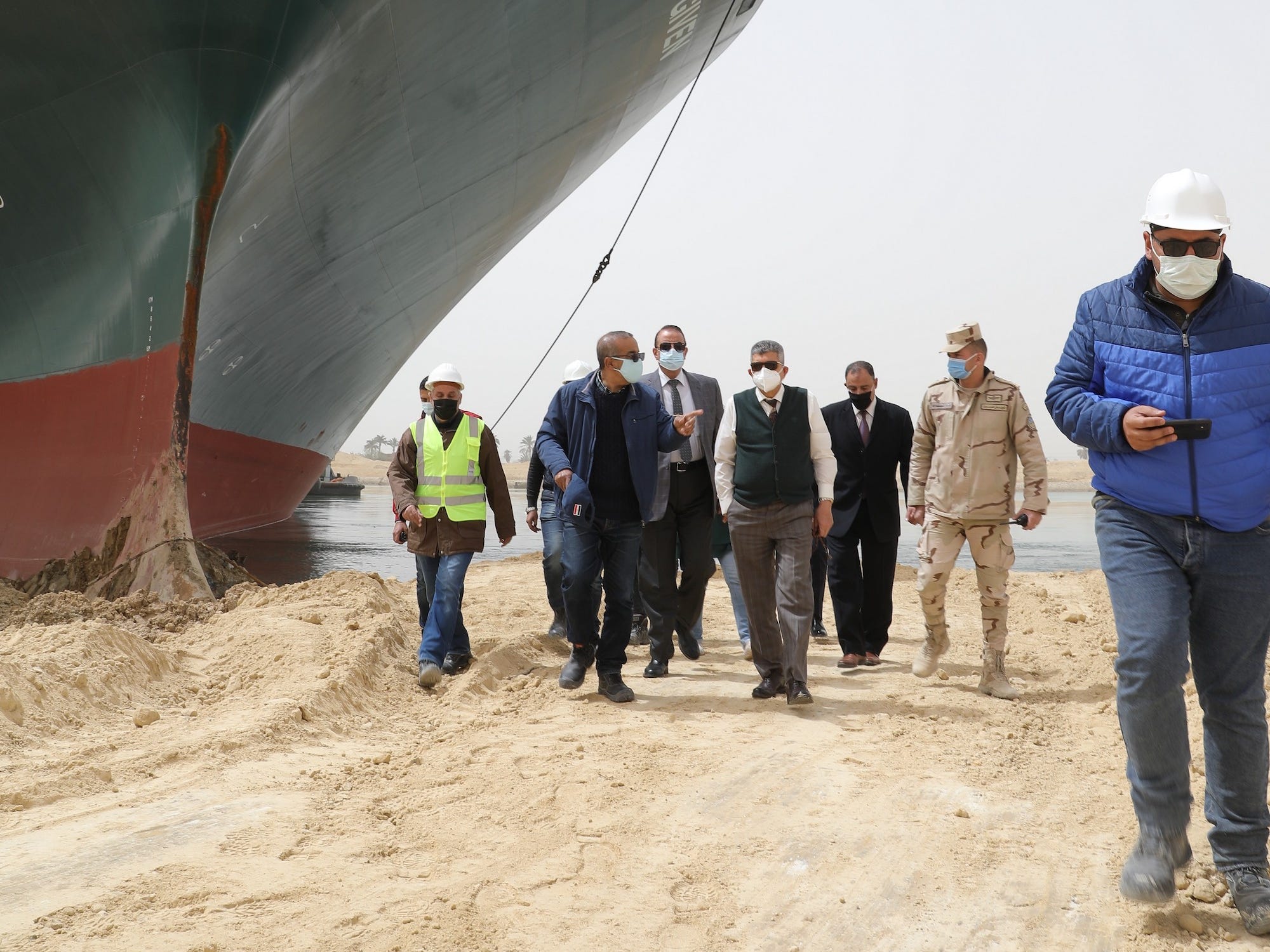 Suez Canal AuthorityOfficials leaving the site of the grounded ship on March 25.

The Suez Canal is a source of national pride in Egypt, dubbed “Egypt’s Gift to the World” on billboards when the channel was expanded in 2015.

But Abdul-Gawad said he had barely been included in the celebrations. Aside from a small ceremony held by one newspaper, he has received almost no official recognition for his role, he said.

“I was invited to the ceremony where they honored the people who got the ship out,” he said. It was mainly for Suez Canal Authority employees, he said, which does not include Abdul-Gawad since he works for a subcontractor.

He said it felt like an afterthought. The event was in a city four hours away, and he got the invitation an hour and a half in advance, he said.

He feels sore about that. “So the Suez Canal Authority was patting itself on the back and telling themselves what a great job they did,” he said. “But in the end … without an excavator, the ship wouldn’t have gone anywhere. It might still be stuck.”

Nonetheless, Abdul-Gawad says he will look back on those extraordinary days with pride.