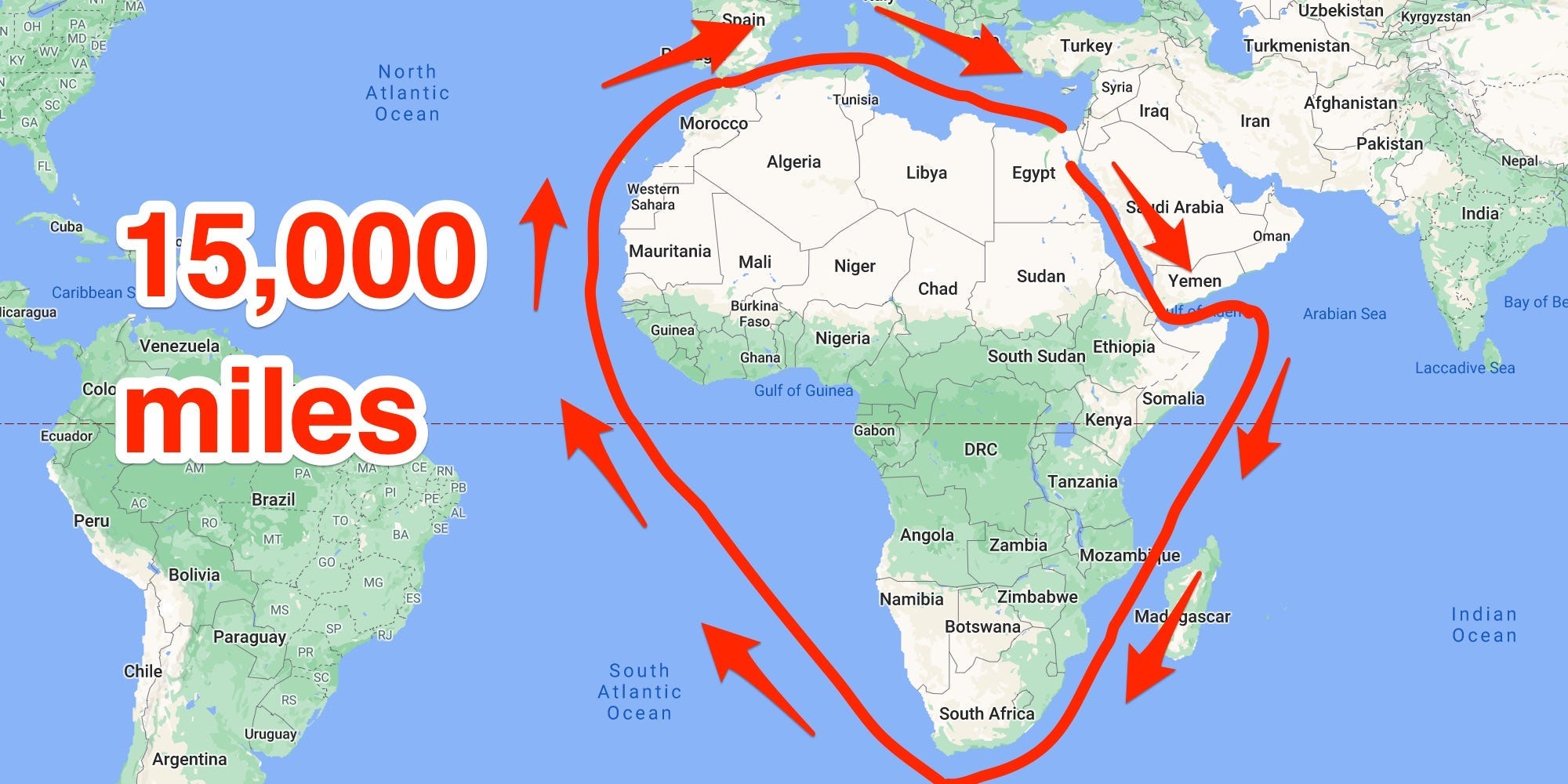 Google Maps/InsiderAn illustration of a sea route from the Red Sea to the east Mediterranean without using the Suez Canal.

A massive container ship blocking the Suez Canal is forcing shipping companies to take on the agonizing alternative of detouring round the southern tip of Africa.

According to analysts watching the situation, at least three container ships have altered course and look to be heading south. The longer the delays go on, the more will follow suit.

On Friday Michelle Wiese Bockman, markets editor at the shipping publication Lloyd’s List, noted that the Ever Greet – of the same company as the stranded Ever Given – had altered course:

Here’s another picture of the Ever Greet’s new route, tweeted by Lloyd’s List editor Richard Meade:

According to the publication, it’s the first out of hundreds of vessels to have taken the decision since the Ever Given was stranded.

It got stuck on Tuesday at around 7.40 a.m. local time. The situation has left around 150 vessels on either side of the canal awaiting passage, the Associated Press (AP) reported.

Others further away which would ordinarily use the canal are also weighing alternatives.

As of Friday afternoon local time, efforts were still under way to unstick the ship from the sides of the canal.

Officials gave no firm timeframe for when that might be possible. The CEO of a specialist dredging firm brought in to help said that it “might take weeks.” 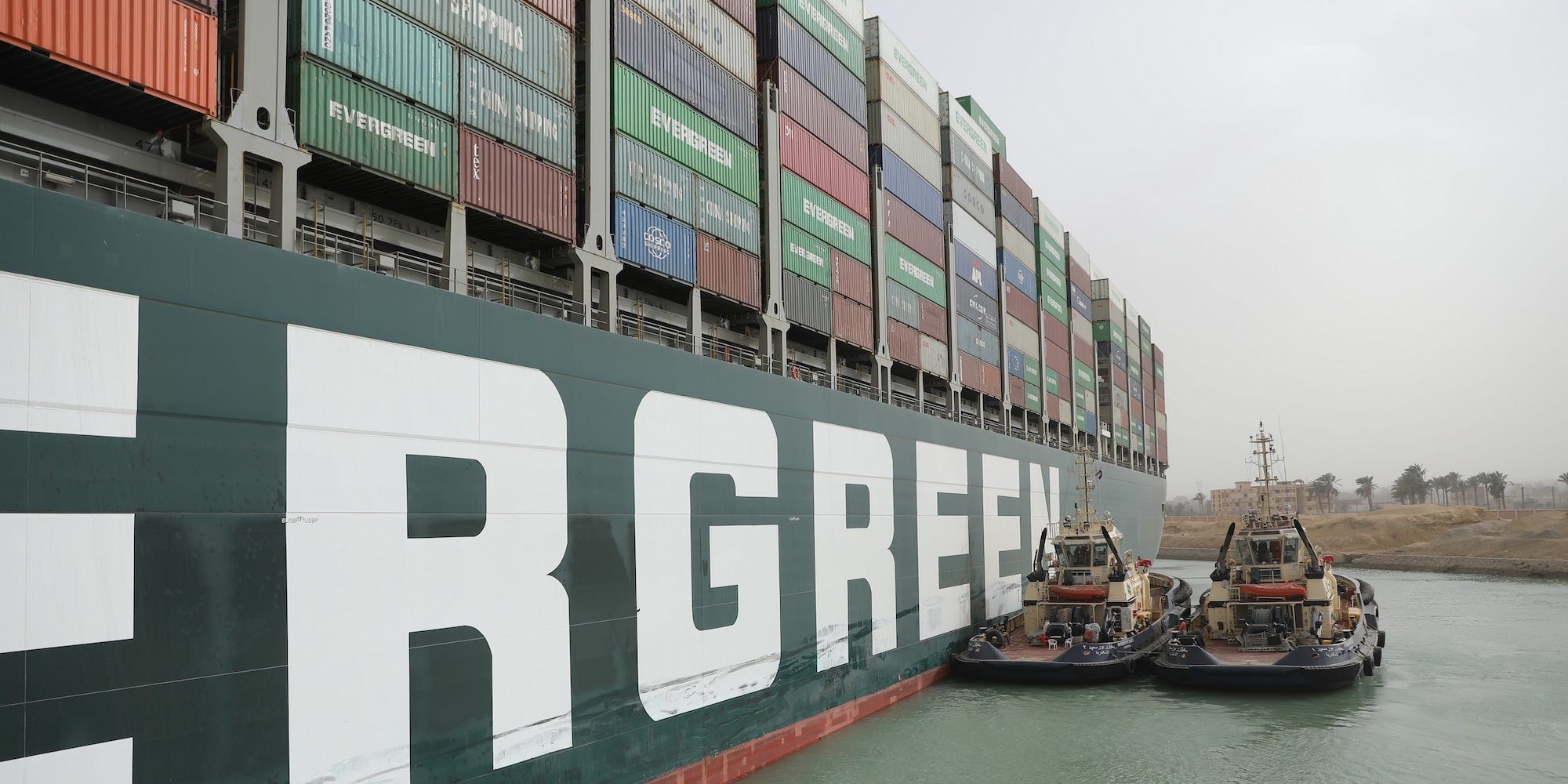 Suez Canal AuthorityThe Ever Given, trapped in the Suez Canal, alongside two tugboats as of Thursday March 25 2021.

Commodity analysts Kpler raised the prospect of diversions in a statement Thursday: “As delays continue, shippers will have to broach the unpalatable decision of whether to make a u-turn and head for the Cape of Good Hope or wait it out in the Red Sea and Mediterranean.”

At the time, Kpler said the prospect was “unlikely,” given the extensive delays that would cause. Giving a sample route, the company said: “Suez to Amsterdam at 12 knots is just over 13 days via the canal, or 41 days via the Cape.”

But by Friday afternoon, the option is growing more attractive. Wiese Bockman not only noted the Ever Greet’s change in direction, but two others that had diverted within the last four to 12 hours:

The extra costs of sailing via the Cape of Good Hope are large. Anoop Singh, Singapore-based head of tanker analysis at Braemar ACM, told The Wall Street Journal that the detour can add $US450,000 ($590,439) in costs to a typical journey. 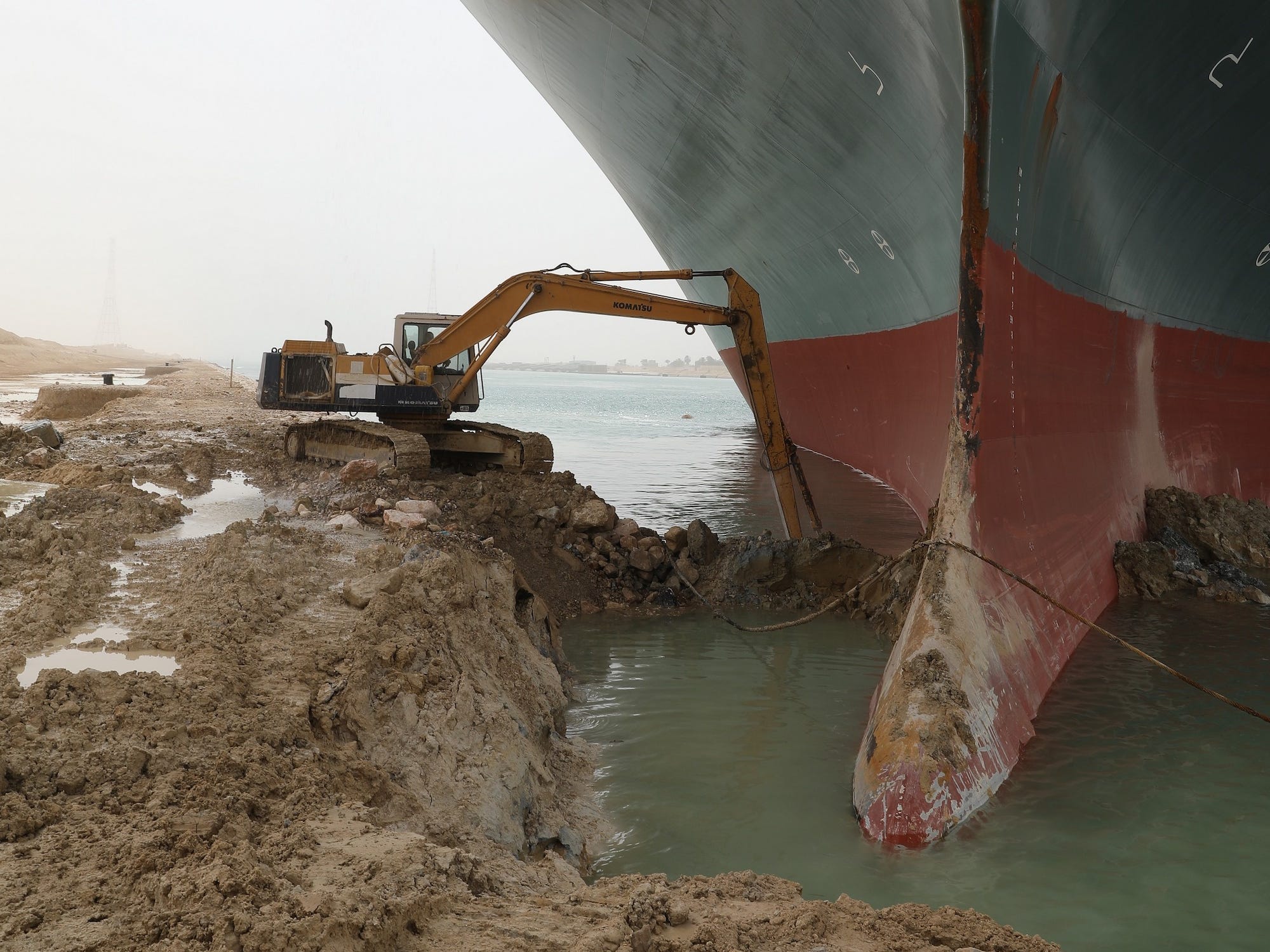 Suez Canal AuthorityThe Ever Given, trapped in the Suez Canal, Egypt, as of Thursday March 25 2021.

The maximum length of such detour would be around 24,140km, if a ship were to sail from Suez at the south of the canal to Port Said at the north end without using the canal.

Most routes would differ from that and involve a shorter detour. Prof Rocky Weitz, director of the Fletcher Maritime Studies Program at The Fletcher School at Tufts University, told Insider that a more typical detour would still be thousands of miles longer.

“The Cape of Good Hope route adds approximately 3,000 nautical miles to the Suez Canal route from the Indian Ocean to the North Atlantic, depending on the specific route taken by a commercial vessel,” he told Insider.

The cost implications of this depend on the type of ship, he addded – an oil tanker could add up to 300 hours to the journey, while a comparatively fast container ship could add up to 150. Shipping companies will be weighing this against the money saved in the Suez Canal’s fees.

Maersk, which has nine ships stuck while the canal is cleared, said in a statement earlier this week that it is looking at all possible alternatives.

The Suez Canal was last closed in 1967, when war broke out between Egypt and Israel. For the next eight years, ships that would have gone via the canal were forced to take the long way round.