Suez Canal bosses deny holding the Ever Given crew to ransom, saying they're free to leave as long as there's enough to run the ship 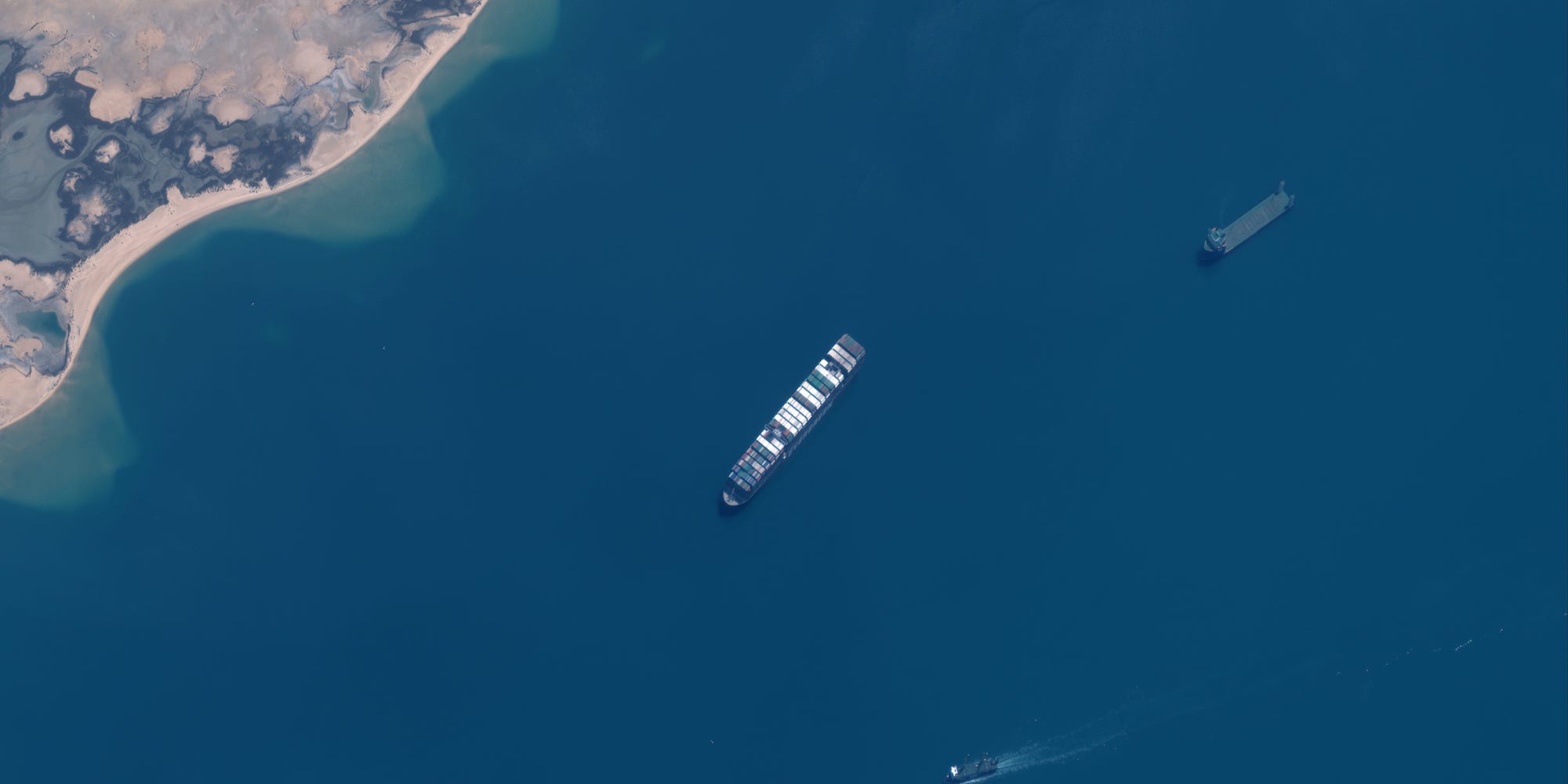 Satellite image ©2021 Maxar TechnologiesA satellite view of the Ever Given in the Suez Canal’s Great Bitter Lake on Monday April 12, 2021.

The head of the Suez Canal Authority (SCA) denied that the crew of the Ever Given are unable to leave the ship, which remains impounded almost a month after it was unstuck.

The SCA argued that the crew is allowed to come and go – with some exceptions – after comments from their union warning against the mariners being “held to ransom” as Egypt pursues the Ever Given’s owners in court for almost $1 billion.

Most of the Ever Given’s crew has remained on board since the ship’s grounding caused international shipping chaos.

The ship was dislodged after six days, but soon after the SCA impounded the vessel and its cargo, and has held them since in the Great Bitter Lake, and artificial body of water along the canal.

According to an SCA statement Monday, Lt. Gen. Osama Rabie said that there is “no truth in the allegations of detaining the ship crew.”

They are free to leave or be replaced “provided the presence of the sufficient number of sailors to secure the vessel,” the statement read. The captain is not allowed to leave because he is the ship’s legal guardian, the statement said.

The SCA had already allowed two of the ship’s 26-strong crew to leave due to in “urgent personal circumstances,” the body announced on April 15. The fate of the others is less clear.

The SCA statement follows general unease about the crew’s status. Mariners often end up suffering when the ships they work on are caught up in legal problems.

Abdulgani Serang, head of the National Union of Seafarers of India (NUSI) – the crew’s union representative – said last week that they must not be “held to ransom.”

He told The Guardian he hoped for another three to be allowed to go home, although he said would need to be replenished by three other sailors.

Prof. Rockford Weitz, Director of the Fletcher Maritime Studies Program at Tufts University, told Insider there is a “gray area” about how many crew are needed.

“One could argue that a vessel being held does not need a full crew until it is under way again,” he said, adding that crew changes have been complicated by the COVID-19 pandemic.

On April 14, the Ever Given was declared fit to proceed at least up to the northern end of the Suez Canal, and is only in place due to the legal situation.

“From my perspective, the SCA’s reluctance to allow more crew members to disembark without being replaced by new crew members is a negotiating strategy to keep crewing costs high during the current negotiations,” Weitz said.

The legal fallout from the grounding has been immense, with Egypt demanding $916 million in compensation from the ship’s owners, Japanese company Shoei Kisen Kaisha Ltd.

One of the Ever Given’s insurers, UK Club, filed an appeal in an Egyptian court against the ship’s detention Friday, Reuters reported.

According to the SCA’s statement, Rabie is “hopeful” for a resolution soon.