The bosses of the Suez Canal say the excavator operator who helped free the Ever Given is getting his overtime pay, plus a bonus

The excavator driver who shot to fame for his work dislodging the massive Ever Given container ship from the Suez Canal ought to have been paid his overtime by now, the Suez Canal Authority said.

The authority said in a statement on Facebook last week that it believed that Abdullah Abdul-Gawad had gotten the extra money he was due from the grueling work of helping to move the ship.

Officials at the SCA, which is owned by the Egyptian government, praised his work as “above and beyond” his obligation.

The announcement came after Insider interviewed Abdul-Gawad, who said he had not gotten overtime pay yet. He spoke to Insider nine days after the ship was freed.

Abdel-Gawad does not work for the SCA but for a subcontractor. He told Insider at the time that while he fully expected to receive his overtime pay at some point, it was slow coming.

Insider has not been able to confirm with Abdul-Gawad’s employer whether he has now received his overtime. Abdul-Gawad declined to comment.

After the Ever Given was grounded on March 23, blocking the Suez Canal entirely, images of Abdul-Gawad’s digger trying to free it became famous. A watching world found the sight of Abdul-Gawad’s tiny excavator next to the colossal ship appealing material for memes.

But the working conditions he described were much more serious – he and his colleagues could only briefly sleep in a nearby hut, and he said he feared for his safety. 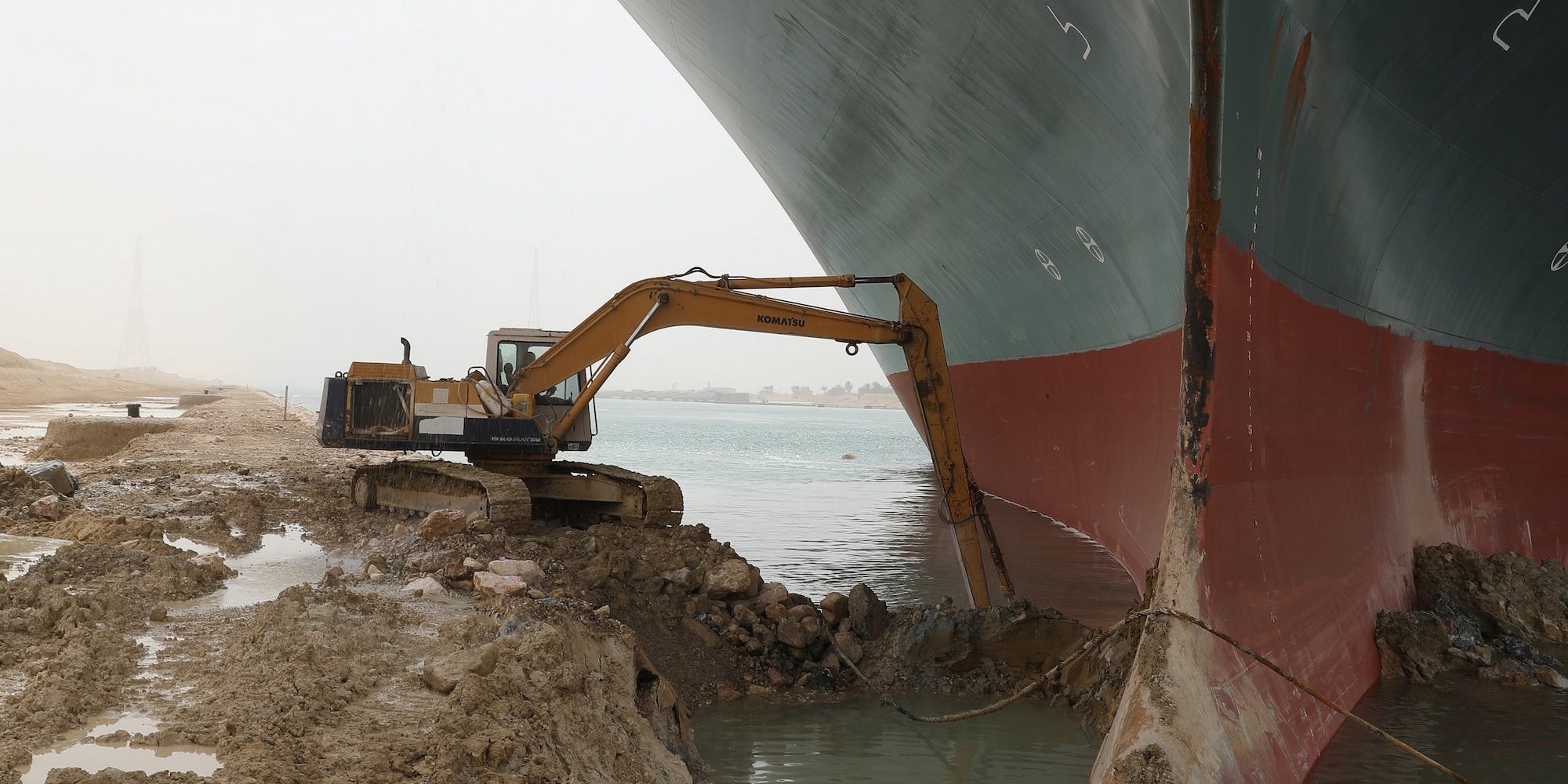 Suez Canal AuthorityThe Ever Given trapped in the Suez Canal on March 25.

The ship was freed on March 29 with the combined efforts of Abdul-Gawad’s excavations, multiple tugboats, winches, a specialized dredger, and a supermoon-powered full tide.

The SCA took a victory lap in a statement on the same day. Its head, Lt. Gen. Osama Rabie, congratulated SCA workers “who achieved this heroic feat saying that they have done their patriotic duty impeccably.”

But Abdul-Gawad told Insider he felt overlooked in the triumph.

In the Facebook statement, posted on April 13, the SCA urged Egyptians “not to pay attention to rumors and anonymous news” and asked people to rely only on “official sources.”

“We affirm that the employee has obtained all his due salaries/fees from his employer in addition to a bonus in recognition of his service above and beyond,” it added.

The Ever Given remains in the Suez Canal’s Great Bitter Lake, where it has been impounded amid a major legal action launched by the Egyptian government against the ship’s owners.