The Sturgis Motorcycle Rally might have led to more than 260,000 new COVID-19 cases, a new paper estimates — 19% of the US total in the last month 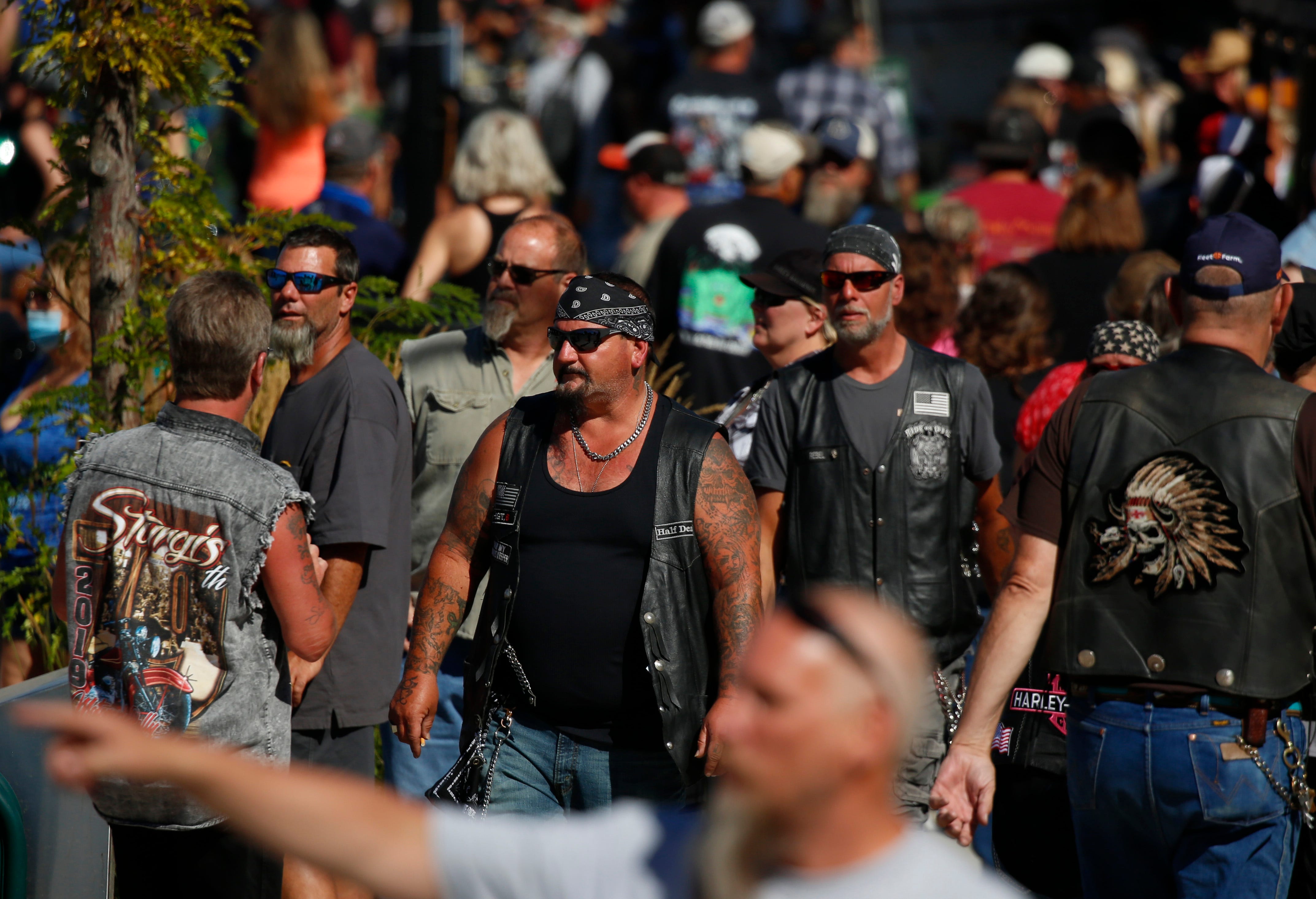 Jim Urquhart for Insider.With temperatures in the 90s, hanging out in the sun all day can make for sweaty leather. The local hospital prepared for emergency room visits from bikers — an ageing demographic — who might experience heat exhaustion, cardiac issues, or strokes.

New research from San Diego State University’s Centre for Health Economics & Policy Studies estimates that more than 260,000 COVID-19 cases diagnosed in the United States since August 2 can be traced to the Sturgis Motorcycle Rally in South Dakota.

The infections come at a public health cost of more than $US12.2 billion, according to the research.

Andrew Friedson, one of the authors of the paper and an economics professor at the University of Colorado, told Insider that the rally’s length, density, and location were “the perfect storm” for COVID-19 spread.

“I was surprised how big this,” Friedson said of the estimated spread. “If you look at the month between August 2 and September 2, based on our estimates, Sturgis is responsible for 19% of the cases in the United States.”

From August 7 to 16, around 350,000 people from around the US flocked to the small city of Sturgis, South Dakota for its annual motorcycle rally. The men and women visited bars and restaurants, attended concerts, and (for the most part) lived life like the coronavirus pandemic didn’t exist.

After the rally, they went back to their home states, some of them bringing new COVID-19 infections with them. 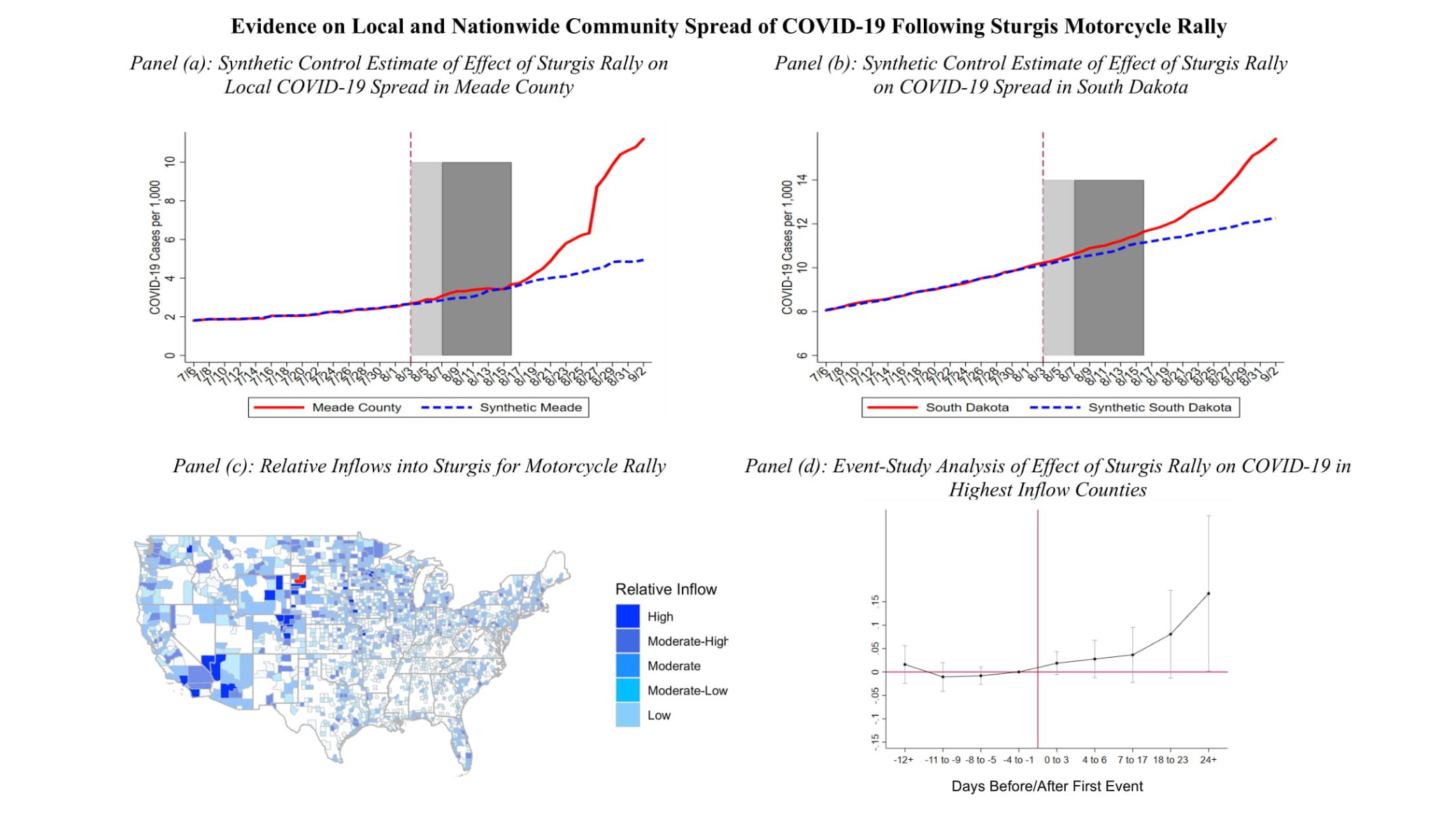 Centre for Health Economics & Policy Studies at San Diego State UniversityResearchers tracked the spread of COVID-19 after the Sturgis rally.

Researchers used anonymised cell-phone data to track where Sturgis rally-goers had come from, where they had spent their time, and where they returned to between August 2 and September 2, according to the paper, published by the IZA Institute of Labour Economics.

Rather than using contact tracing, the researchers compared counties that had similar demographics and had been seeing similar trends of COVID-19 spread prior to the rally. Then they modelled how the coronavirus spread patterns changed in the weeks following the Sturgis rally.

Counties with the highest number of Sturgis attendees based on cell-phone data saw COVID-19 cases rise by 10.7% relative to similar counties without attendees, according to the model. By applying that percentage to other counties that had a large number of Sturgis attendees, they arrived at an estimate of 266,796 cases linked to the rally after adjusting for each county’s population and pre-rally COVID-19 case count

The figures are a significant slice of the country’s overall cases, which stand at more than 6.3 million, according to Johns Hopkins University. The research paper didn’t make an estimate for COVID-19 deaths traced back to the rally.

The research is awaiting peer review.

“The thing about this is, that most of the cases that we’re estimating are showing up in places that are not South Dakota,” Friedson told Insider. “So it’s a situation where a lot of the economic gain is showing up in one place and a lot of the public health cost shows up other places.” 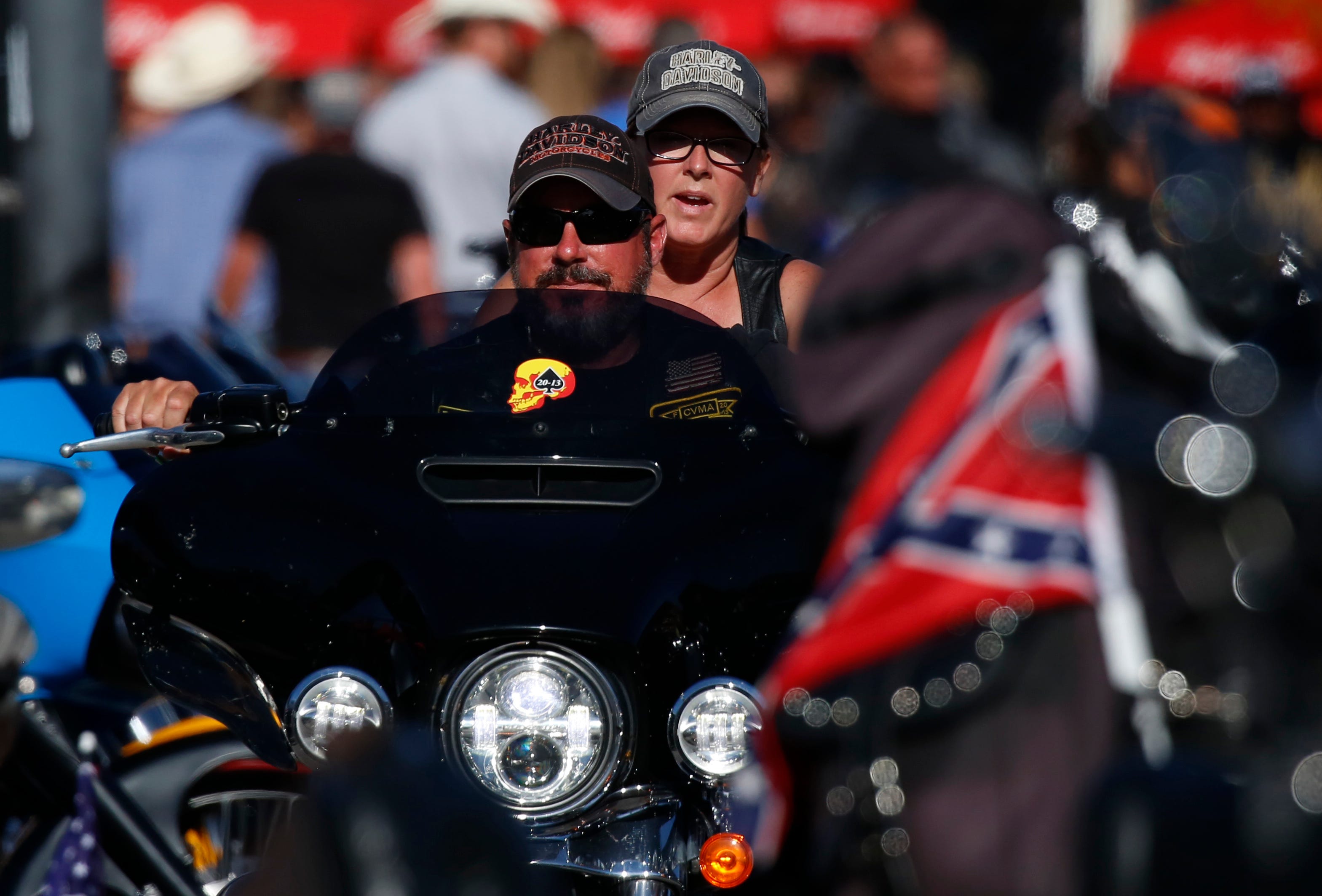 Jim Urquhart for InsiderNobody was tearing these Confederate Flags down.

The team estimates that the public health cost of the rally is over $US12.5 billion, a figure based on research by Thomas J. Kniesner and Ryan Sullivan, who study the statistical value of human lives. They value asymptomatic COVID-19 cases at about $US11,000 each and symptomatic cases with no hospitalizations at around $US33,000. Friedson and his team of researchers made the conservative assumption that nobody had died of a Sturgis COVID-19 infection.

Unlike the Trump Tulsa rally or Black Lives Matter protests, Sturgis was a super spreader event

The Sturgis paper is the third that the researchers have completed on mass gatherings and the spread of COVID-19.

The group also studied early Black Lives Matter protests in 315 of the largest US cities, as well as President Donald Trump’s re-election rally held in Tulsa in late June.

Friedson expected both of these events to generate significant COVID-19 spread, but their studies showed that didn’t turn out to be the case.

While there might have been some cases that came from the earlier events, the gatherings themselves were relatively small compared to the population as a whole, so they couldn’t be detected, he said. 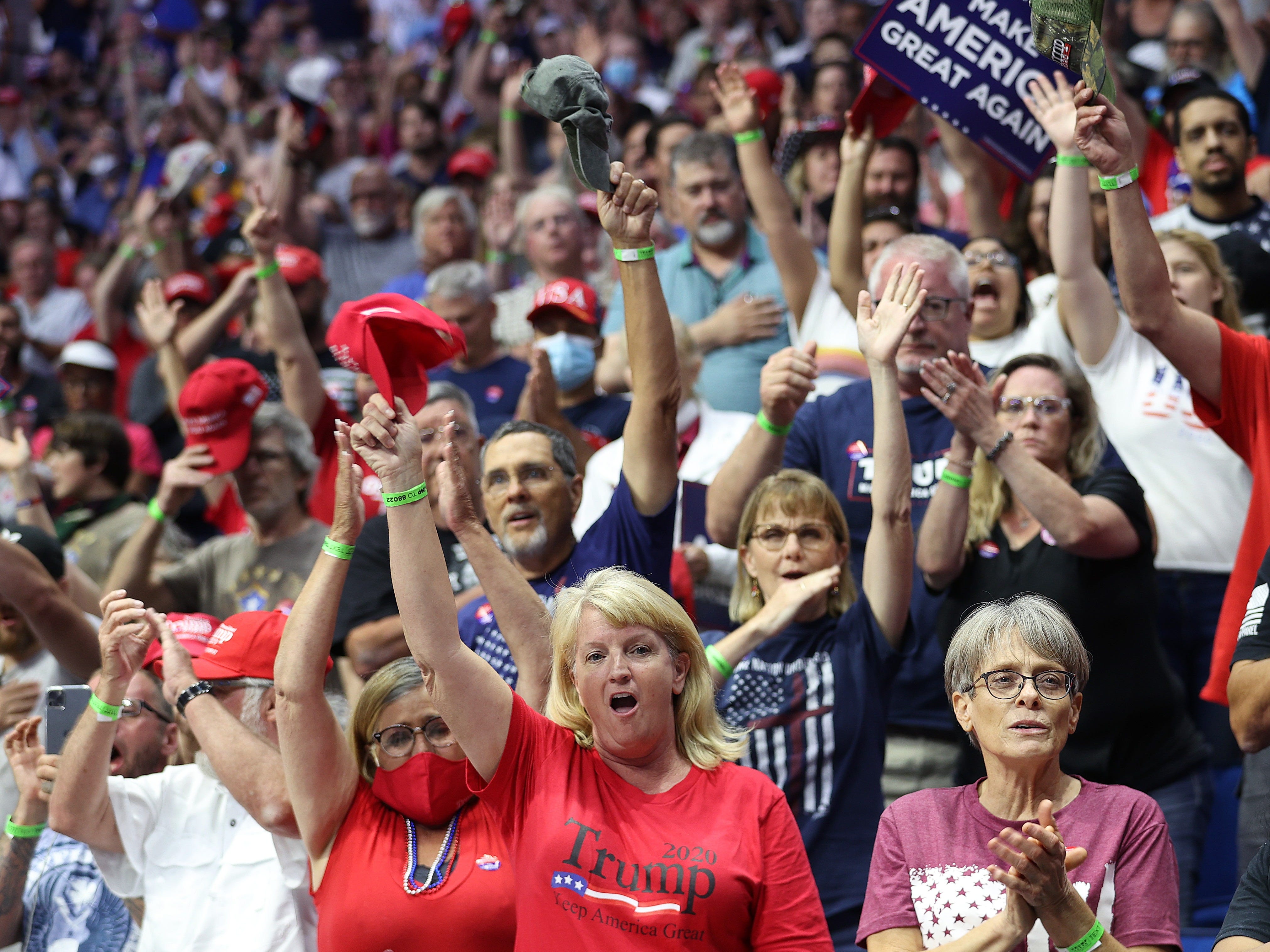 While the protests and Tulsa rally were happening, most of the rest of the population was spending more time at home, so the spread “nets out,” according to Friedson.

“If there was spreading going on at the Black Lives Matter protests or the Trump rally, we couldn’t detect it because we had increased social distancing by everyone else in the cities,” he said. “With Sturgis, on the other hand, you’re cramming like 350,000 people into a city that’s normally populated at about [7,000].”

‘Not all mass gatherings are created equal,’ epidemiologist says

“I think the first point to note is that not all mass gatherings are created equal,” Majumder told Insider in an email.

Being outdoors, wearing face coverings, and remaining socially distant are all factors that lower transmission risk. The length of time people spend in a group also matters.

“‘Less’ doesn’t mean ‘none’, of course â€” but these issues should definitely be considered when considering transmission risk across different kinds of gatherings,'” Majumder said. 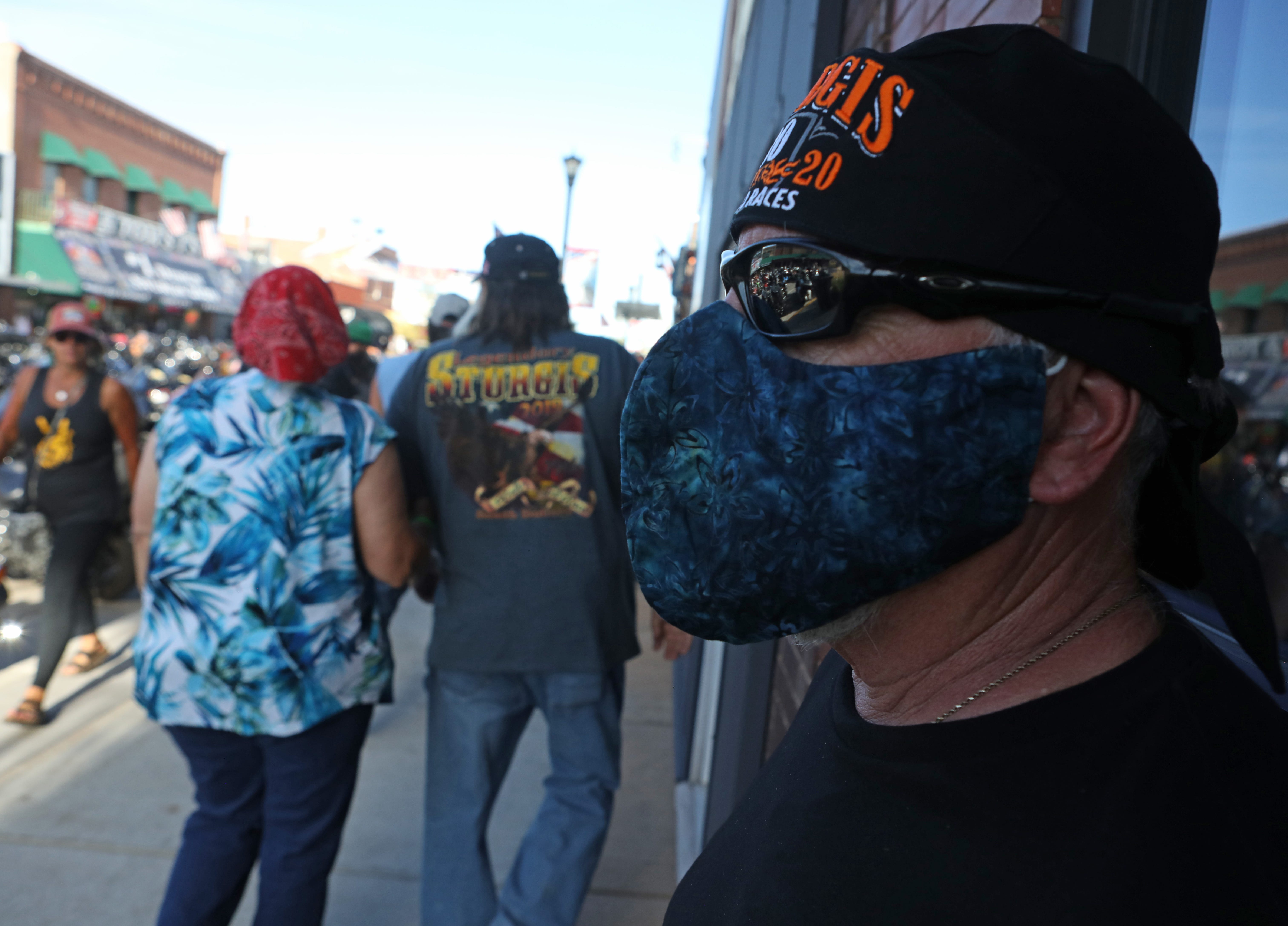 Jim Urquhart for InsiderReal Pinard, who recovered from 15 days with the coronavirus, said many rally goers were of the belief that COVID-19 is a hoax in an effort to throw the re-election of Trump.

The rally also likely created many clusters, not just one, allowing the virus to spread broadly and rapidly. A full 90.7% of attendees came from outside of South Dakota, according to the data analysed by the researchers.

“An additional piece that’s particularly relevant to Sturgis is the fact that when folks travel from far and wide to attend a gathering, there are multiple opportunities to seed case clusters,” she said.

The Sturgis rally typically brings as many as 700,000 people to the city, which is nestled in the Black Hills region of South Dakota. People come around the world to embrace the biker culture.

This year, city officials told Insider that a majority of residents wanted to postpone the rally, but organisers and health care providers knew that people would likely show up anyway.

“There was really very little we could do to stop them from coming. It’s not a gated event where we can just lock the doors and not allow people to come in,” City Manager Daniel Ainslie told Insider at the time. “Given all that, there was a realisation that no matter what the city decided, there were going to be an awful lot of people that came to the rally.” 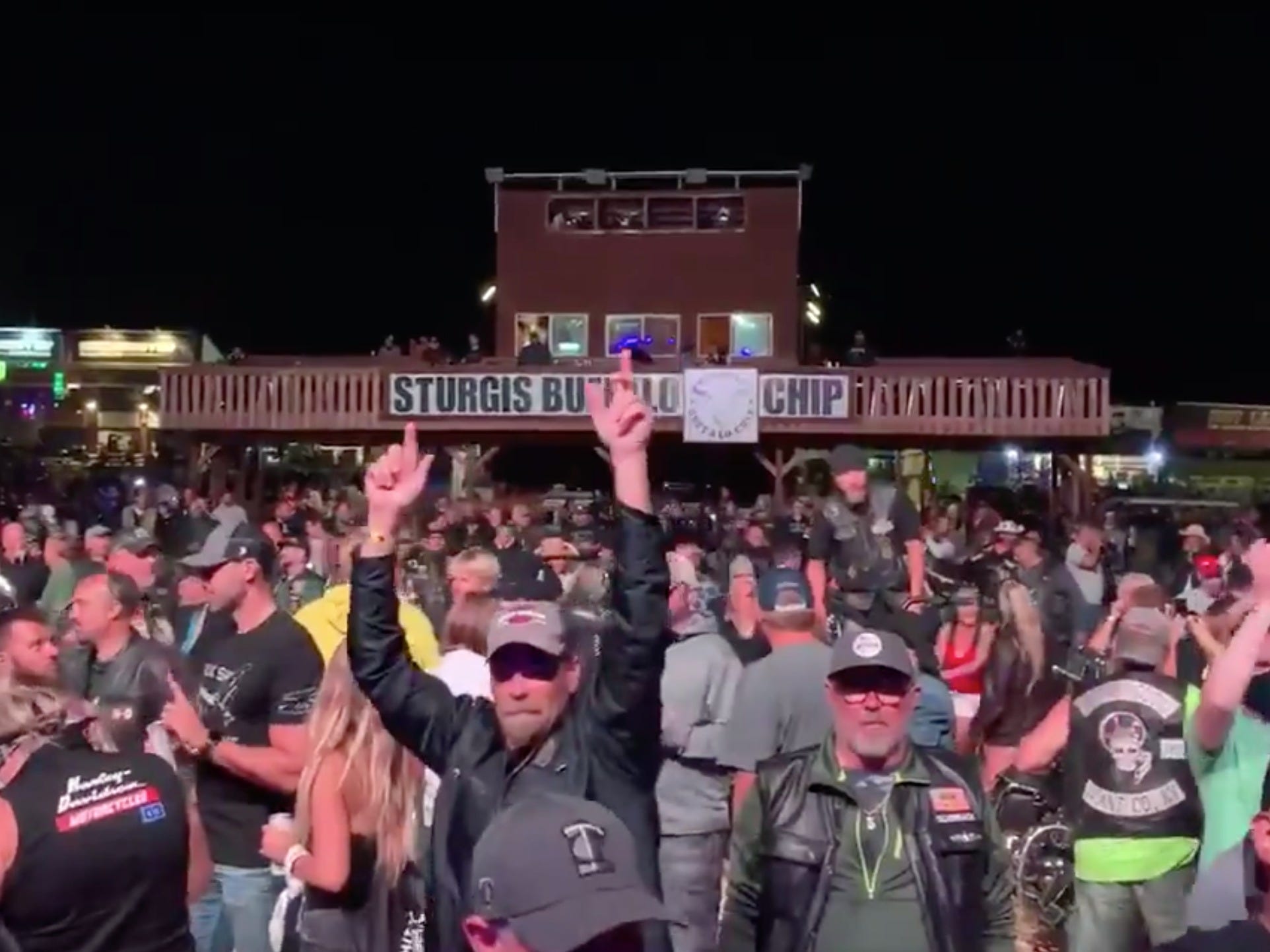 KOTATVFans at the Smash Mouth concert at the Sturgis Motorcycle Rally in South Dakota.

Instead, officials prepared by increasing sanitation, upping staff at the hospital, and offering free home deliveries to at-risk residents and seniors.

While the city encouraged wearing masks and social distancing, South Dakota Gov. Kristi Noem declined to issue a statewide mask mandate ahead of the event.

Speaking to Fox News, Noem at the time that there had already been several large gatherings already held in the state â€” including a bull-riding event and an Independence Day celebration â€” and that they didn’t cause an outbreak.

“We’ve been back to normal for over three months here in South Dakota, so we know we can have these events, give people information, let people protect their health, but let them still enjoy their way of life, and events like the Sturgis Motorcycle Rally,” she said in August. “We hope people come. Our economy benefits when people visit us.”

While rally crowds ended up being smaller than normal, those who attended the rally told Insider that few people wore masks and that attendees behaved like the novel coronavirus wasn’t real.

The IZA analysis, though, shows that the gathering has its consequences.