HIIT workouts are linked to better mental health and longer, healthier lives, according to a new study 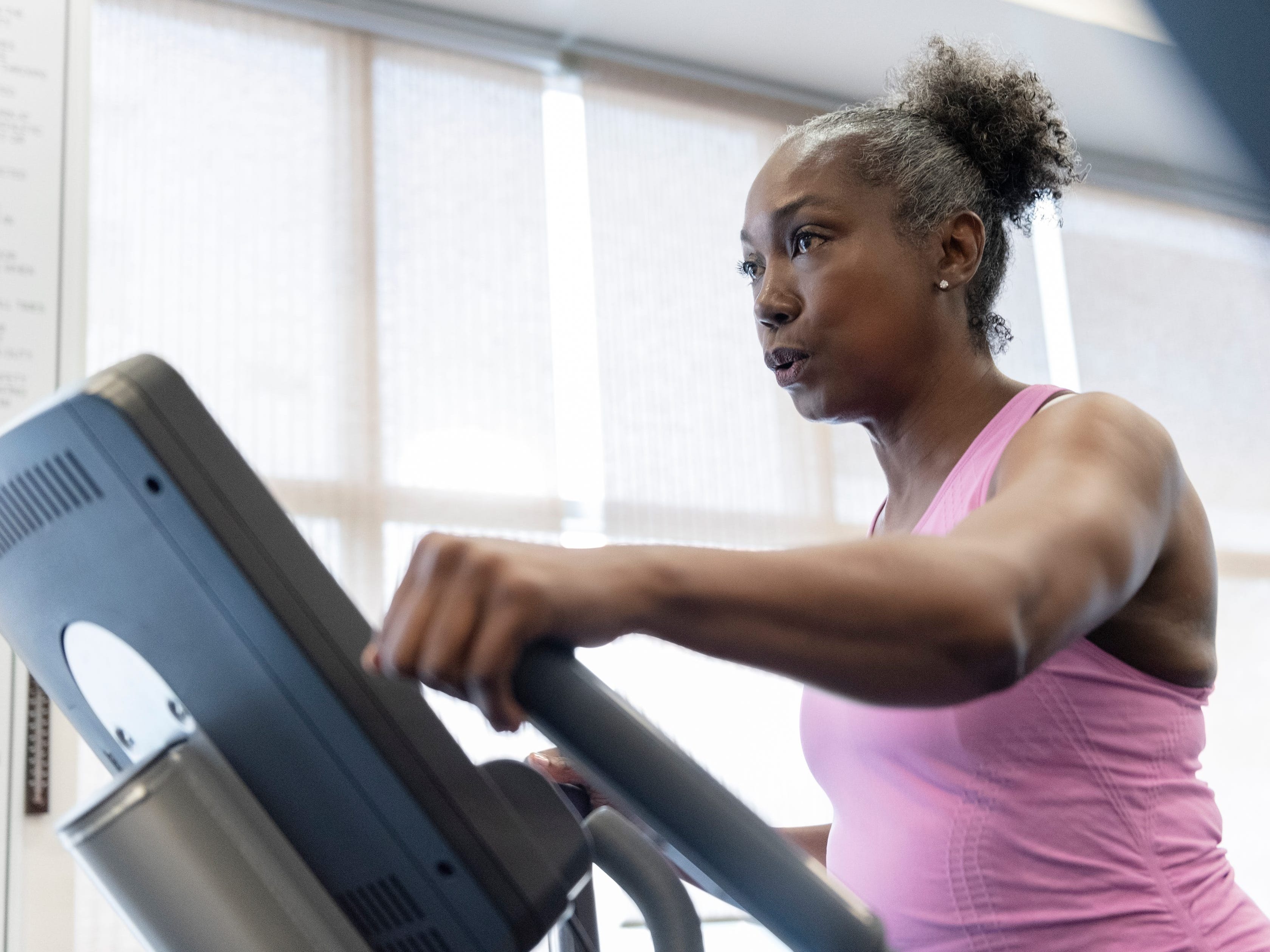 There’s more evidence that vigorous exercise could be the key to a long, healthy life.

High-intensity interval training, or HIIT for short, refers to exercise sessions with short periods of intense effort combined with periods of milder exercise or rest. This may sound intimidating (and can be linked to injuries if done incorrectly), but it doesn’t have to be heavy weight-lifting. Studies have shown even fast walking can qualify as HIIT, and the Mayo Clinic recommends that people of all ages add it to their exercise routine.

According to a study published this week in The British Medical Journal, this type of workout is particularly effective for adults over 70, boosting mental and physical wellness, improving fitness, and possibly even extending lifespan.

Researchers from several Norwegian hospitals and universities looked at 1,567 Norwegian adults, aged 70-77, over a five-year period, 400 of whom were assigned to do two sessions a week of HIIT, defined as a workout that pushed them to 90% of their peak heart rate.

The study found that they had significantly better fitness, as well as mental and physical quality of life, compared to a group who did moderate-intensity exercise (70% of peak heart rate) for 50 minutes twice a week, and a control group who simply followed the national guidelines for exercise and had regular fitness checkups.

The HIIT group were also less likely to die during the five-year study than the moderate training group â€” 3% of HIIT participants died during the study, compared to 6% of the moderate exercisers.

“The difference is not statistically significant, but the trend is so clear that we believe the results give good reason to recommend high-intensity training for the elderly,” Dorthe Stensvold, lead author of the study and professor at the Norwegian University of Science and Technology, said in a press release.

This study focused on healthy people, but sedentary older adults may benefit even more

Overall, more than 95% of the study participants survived during the five-year period, compared to 90% of most 70-77 year-olds in Norway in a five year period, Stensvold said.

That may be, in part, because people who signed up to do the study were more fit than the average adult to begin with, resulting in a “ceiling effect” â€” seeing fewer benefits than if they were more sedentary because their bodies are accustomed to exercise.

Still, the study showed clear improvements in markers of fitness, including mental health, suggesting that HIIT should be further explored as a way to keep older adults healthy throughout their 70s and beyond.

“By high intensity we mean training that gets you really sweaty and out of breath. Now our hope is that the national recommendations for physical activity will be modified to encourage older people even more strongly to do high intensity training – either as their only form of exercise or to supplement more moderate training,” Stensvold said in the press release.

There were some limitations

The study did not find a statistically significant difference in mortality between the groups, which may be because the control group, while not assigned any formal training, sometimes exercised more than the moderate group, just out of habit.

Possibly related, the control group had better health outcomes than the group assigned to do moderate-intensity training â€” 4.5% of the control group died in the five-year period, compared to 6% of moderate exercisers.

“You could say that this is a disadvantage, as far as the research goes. But it may tell us that an annual fitness and health check is all that’s needed to motivate older people to become more physically active. In that case, it’s really good news,” Stensvold said.