10 of the strangest places people have planted flags 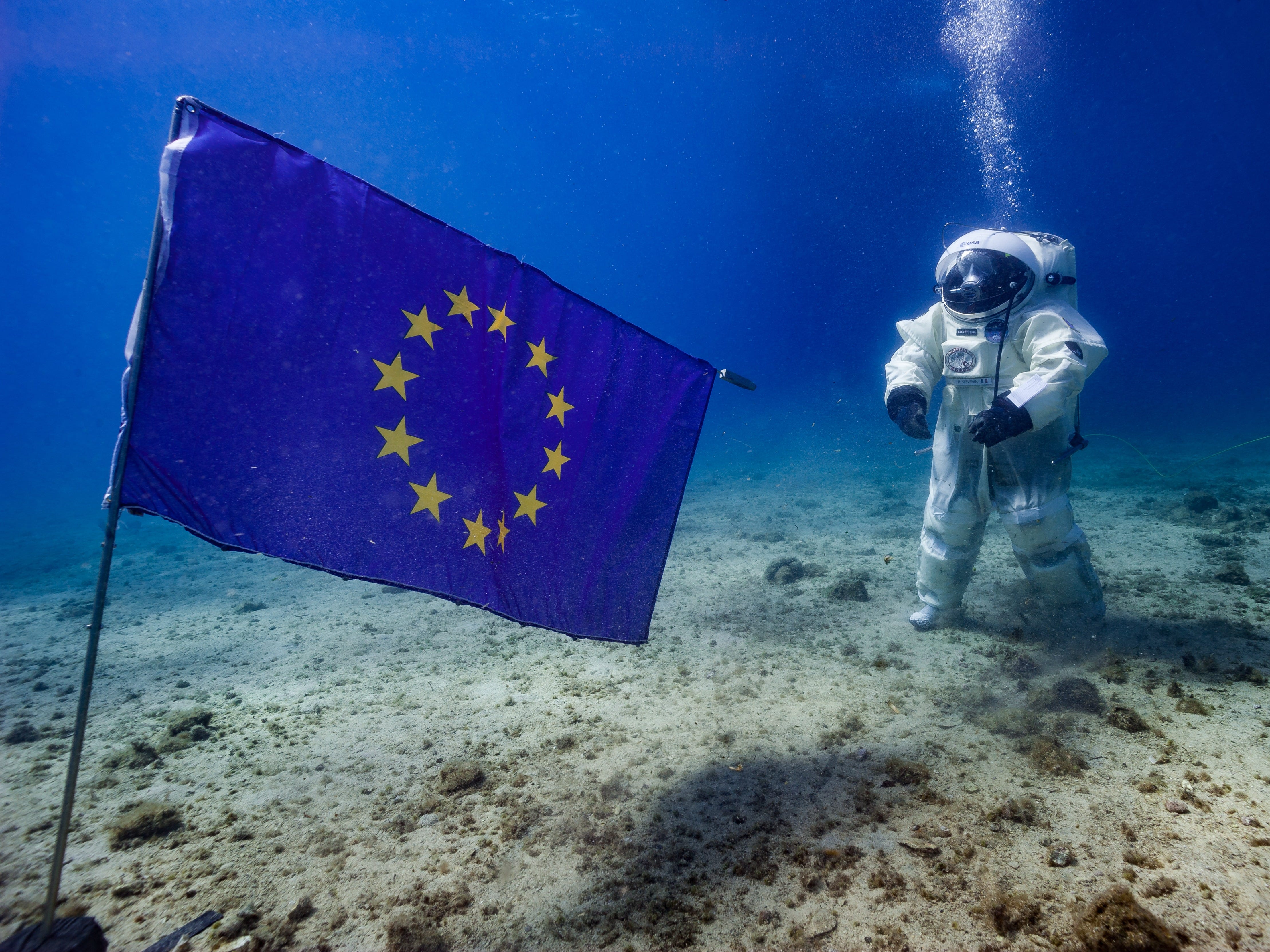 Throughout history, a flag has been used to mark a country’s claim to land, to mark uncharted territory, and to celebrate a nation’s accomplishments. Over the years, people and countries have placed their flags in some pretty unexpected places whether on most remote regions of this planet, on a baseball pitcher’s mound, or on the moon.

Celebrate National Flag Day on June 14 by seeing 10 of the strangest places people and countries have planted flags.

One of the most famous American flags is still one of the strangest. It was planted on the moon in 1969. 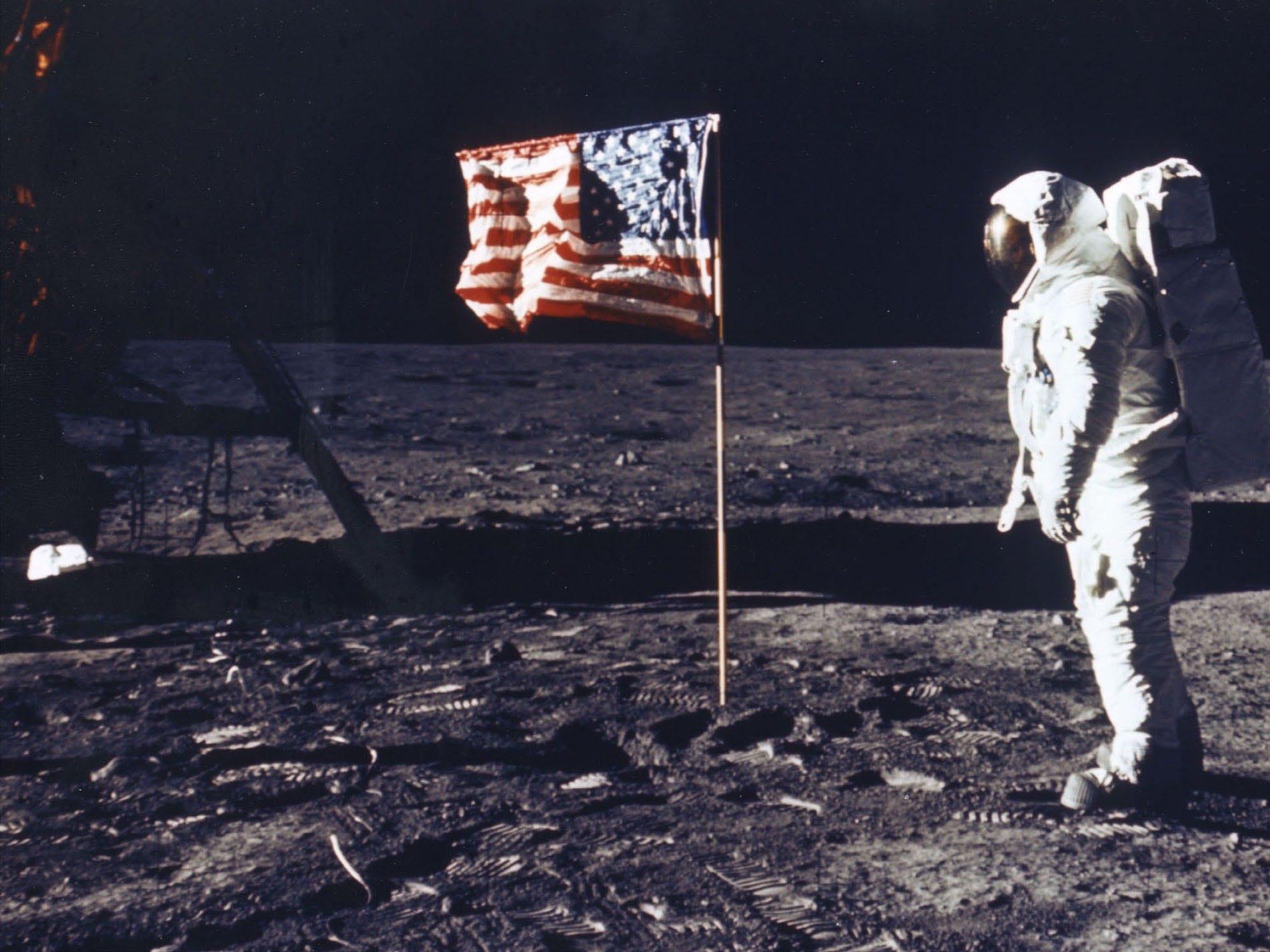 NASA/Getty ImagesBuzz Aldrin poses beside the American flag on the moon.

Millions of people across the world watched in 1969 as NASA and American astronauts took the country’s flag to a place it had never gone before. The flag was placed on the moon to mark the historic occasion. In the years since, however, the flags have been bleached white due to sunlight and the moon’s lack of atmosphere. 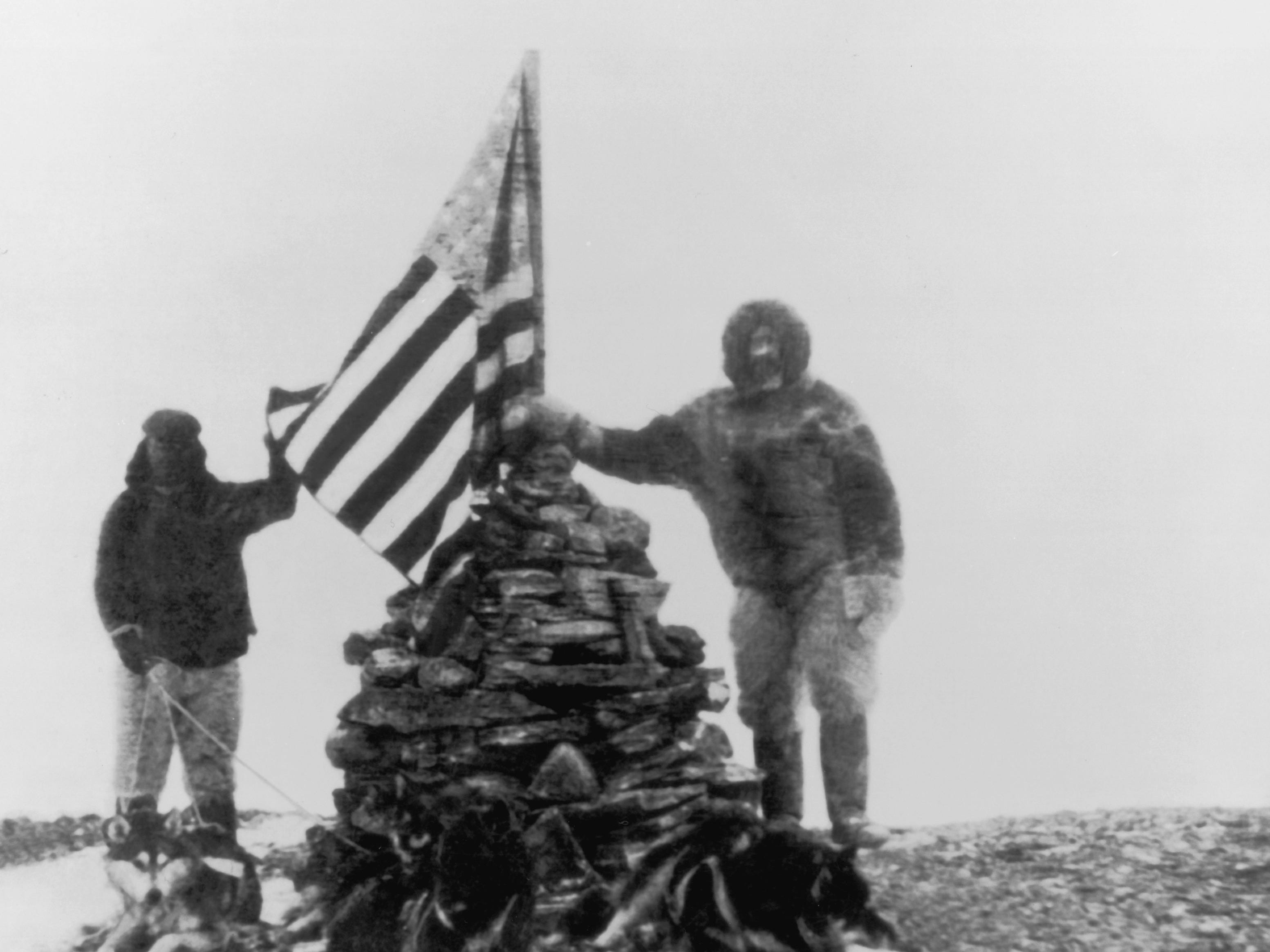 In the photo, arctic explorer and naval commander Robert Edwin Peary stands beside a pile of stones where he placed the American flag. Peary was on an expedition to the North Pole in 1909.

… as well as underneath it. 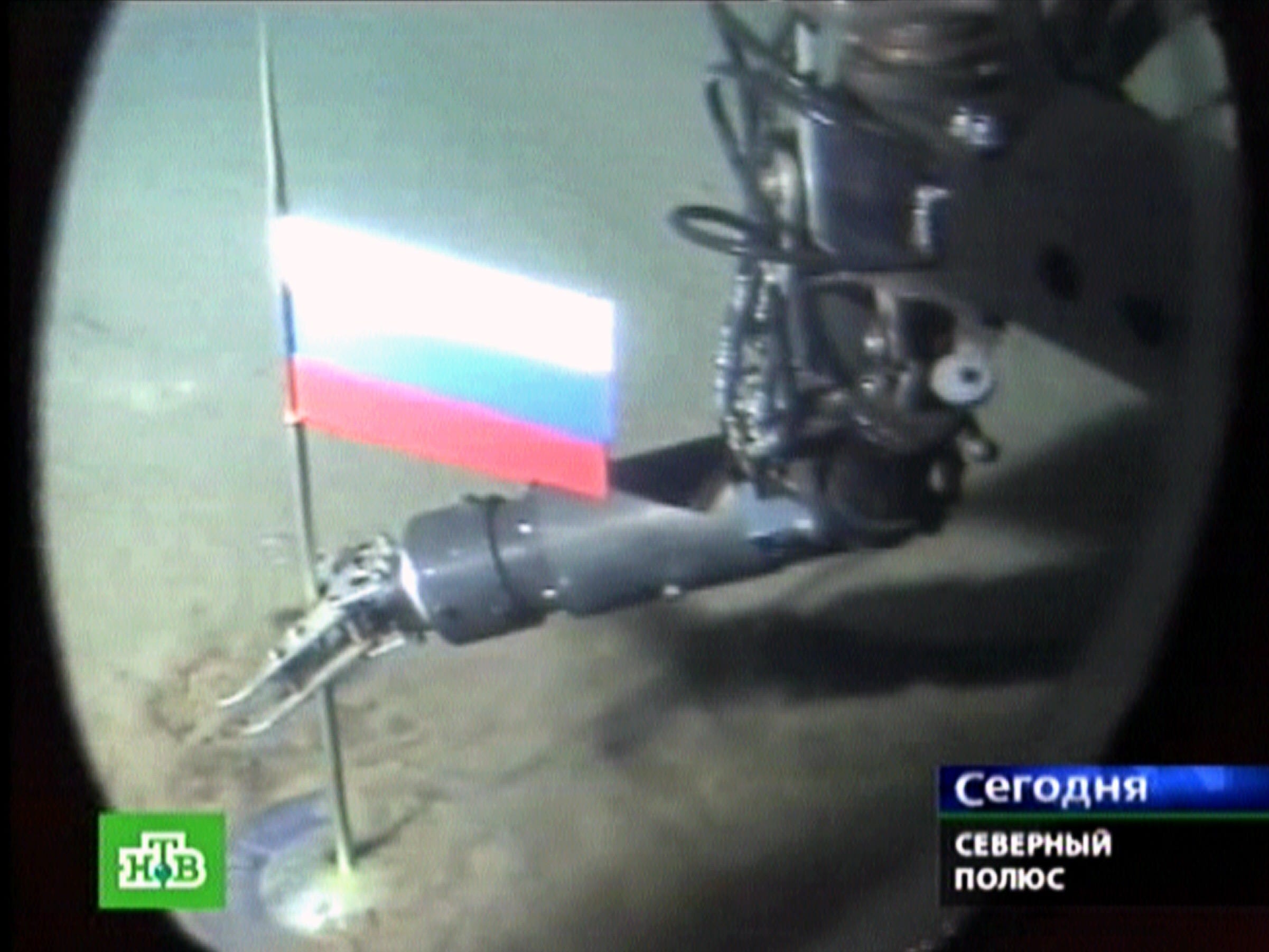 In the photo, a Mir-1 mini Russian submarine placed a Russian flag at the sea bed of the Arctic ocean in 2007. The submarine reached a depth of 13,980 feet, almost 2.5 miles below the North Pole.

They have also planted flags in the South Pole. 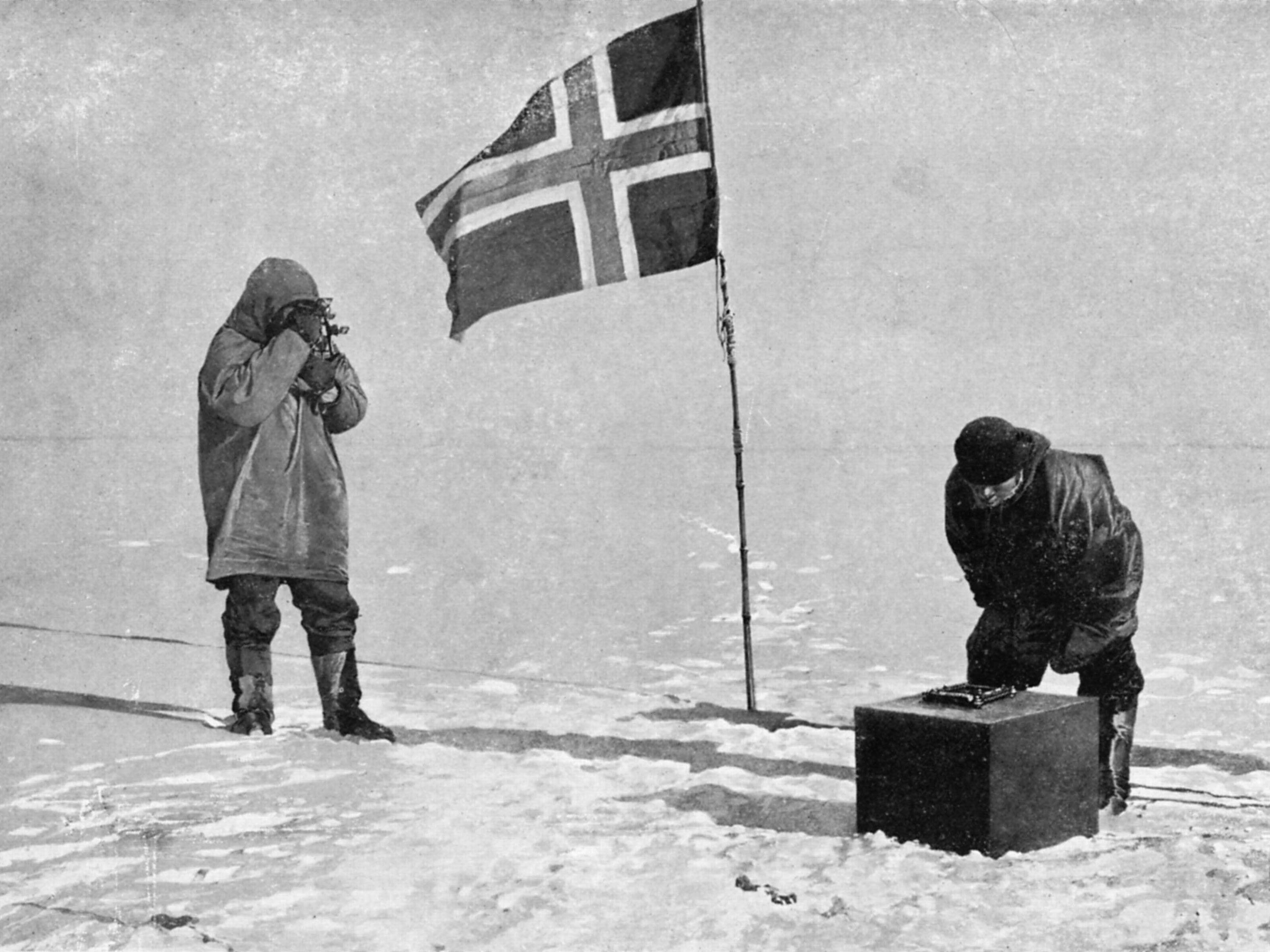 In the photo, Norwegian explorer Roald Engelbregt Gravning Amundsen posed next to his country’s flag. Amudsen was the first to navigate the Northwest Passage in 1918. He reached the South Pole in 1911.

The European flag was planted under the sea … French astronaut Jean-François Clervoy performed a moonwalk underwater off the coast of France in 2013. The scientific program, financed by the European Commission, performed training to simulate missions to the moon, Mars, and to asteroids.

In the photo, Clervoy placed a European flag on the seabed.

… while Australians celebrated Australia Day by introducing sea life at the Sydney Aquarium to their national flag. 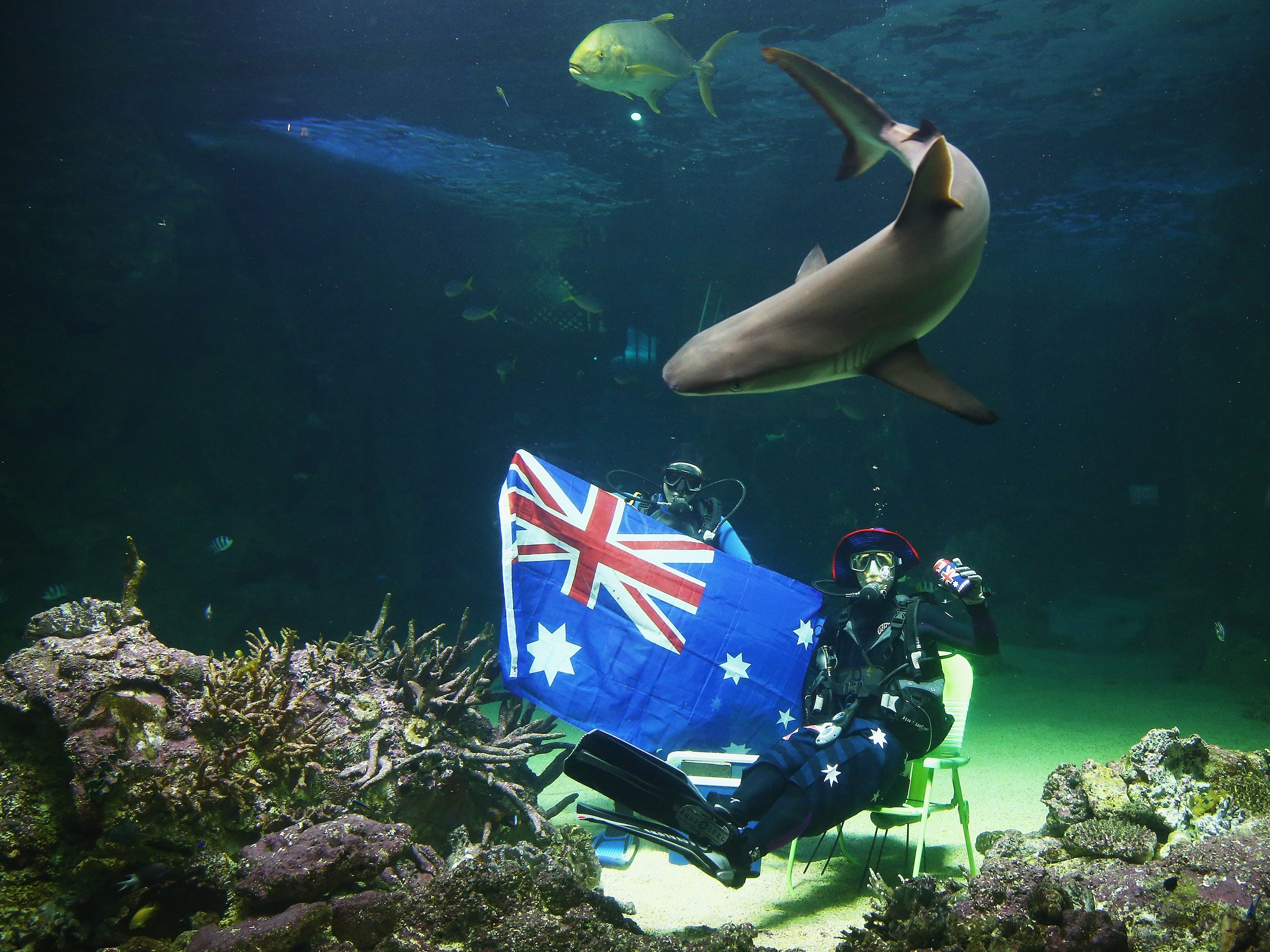 In 2015, two divers sat at the bottom of the Sea Life Aquarium with the Australian flag while a shark circled overhead trying to get a closer look.

Several explorers have planted their national flag at the top of Mount Everest. 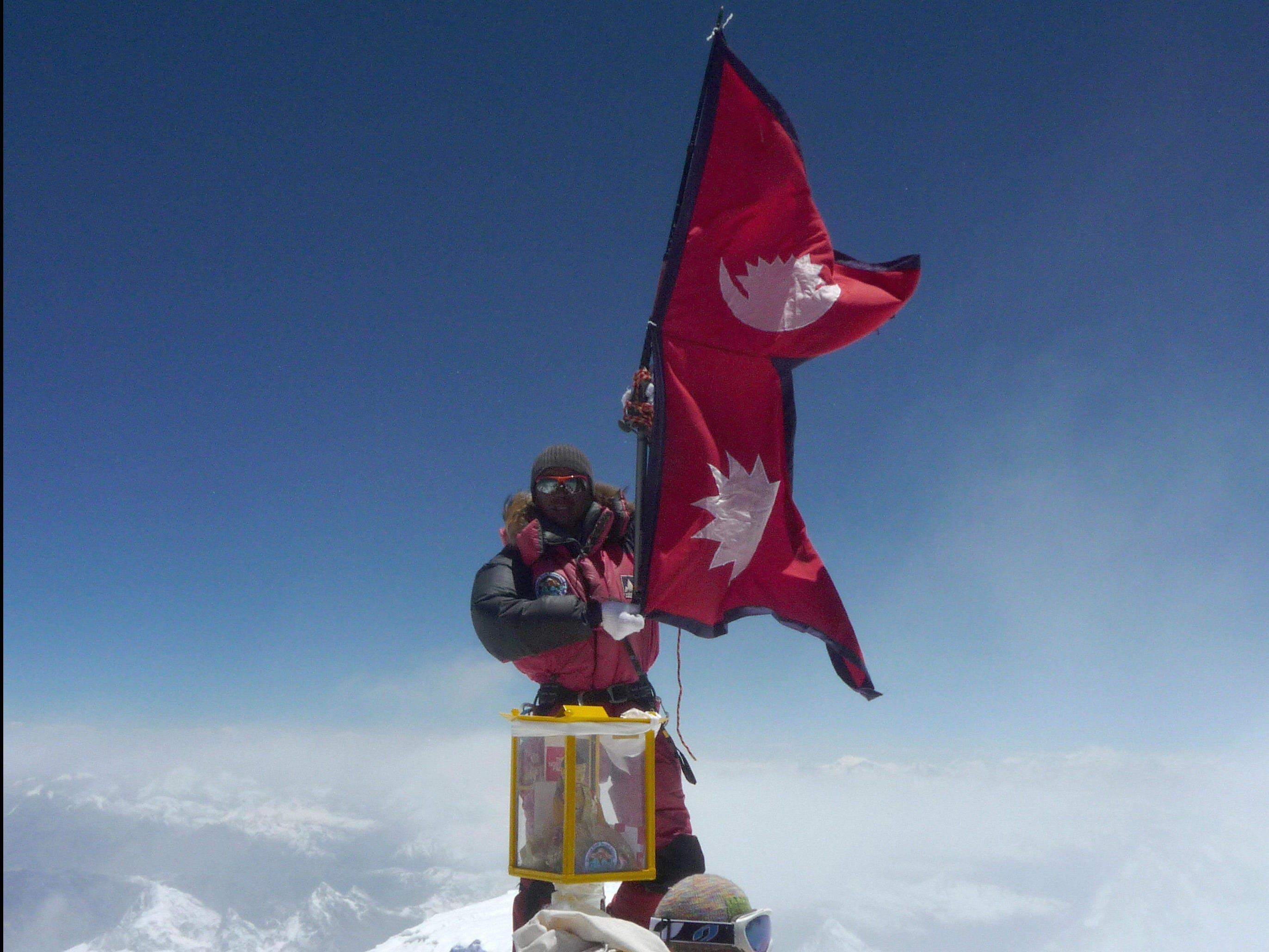 During one of his trips in 2009, Nepalese mountaineer Pemba Dorje Sherpa unfurled a flag of his home country, Nepal.

This rock in the middle of the ocean has been claimed by both the Philippines and China. 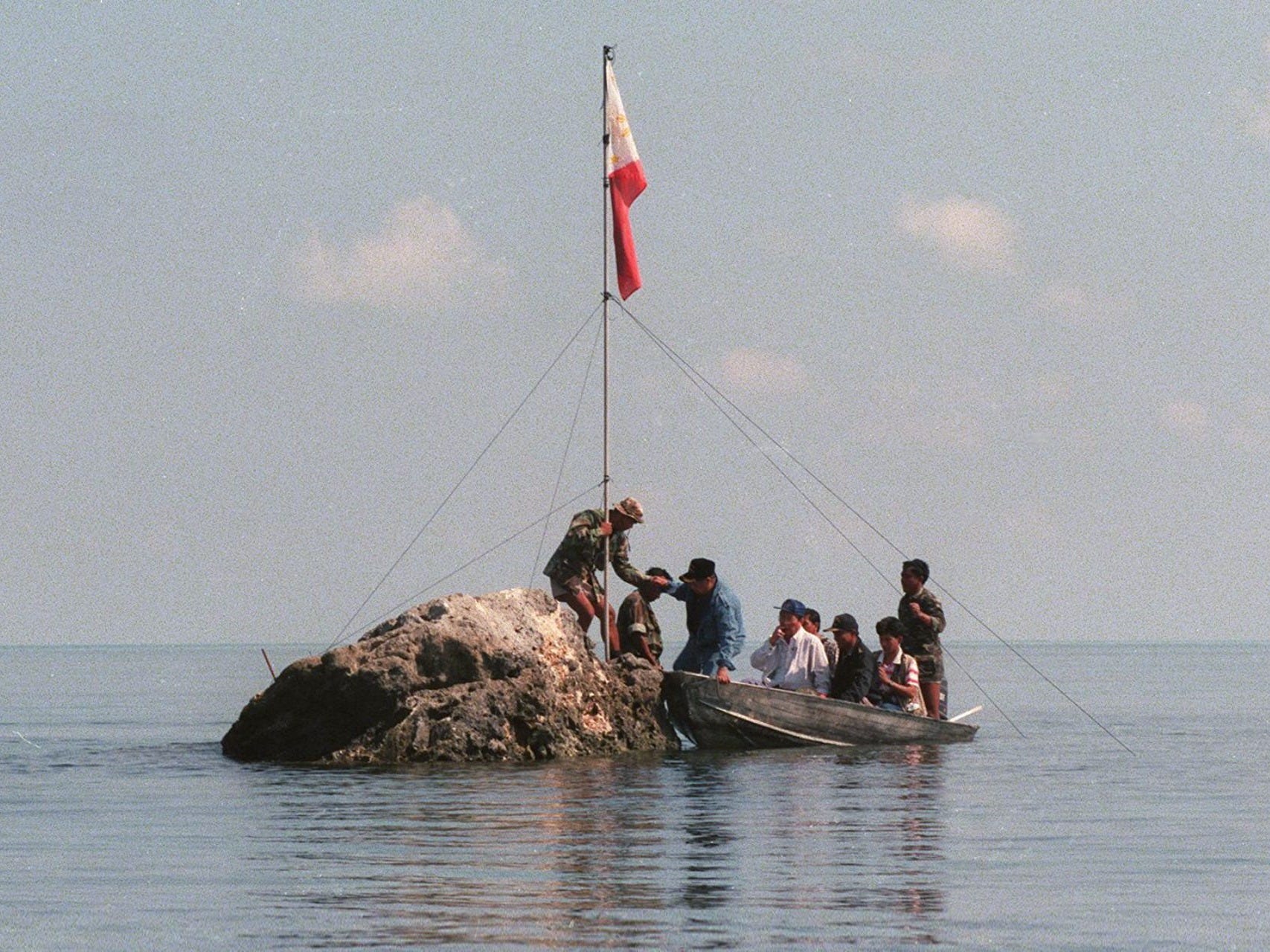 According to Maritime Issues, both countries have claimed ownership of the area. In the photo, a team of Philippine congressmen arrived on the tiny rock where the Philippine flag had been planted by fishermen. According to CNN, China has plans to build naval and air bases in the area. 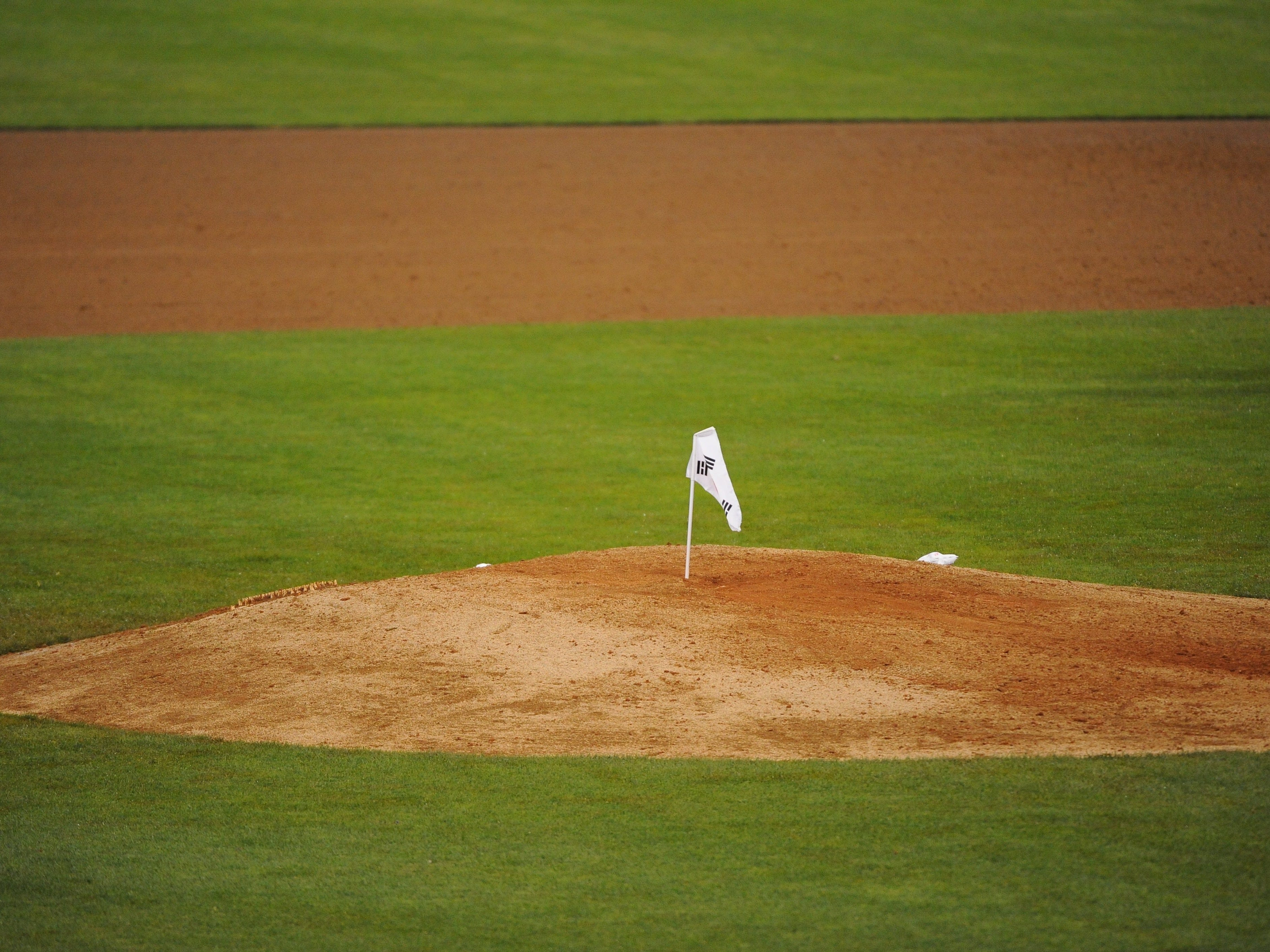 In 2009, a Korean flag was planted on a pitcher’s mound to celebrate the Korean team’s victory against Japan during the second round of the 2009 World Baseball Classic in San Diego.

… or on this soccer field in Belgium. 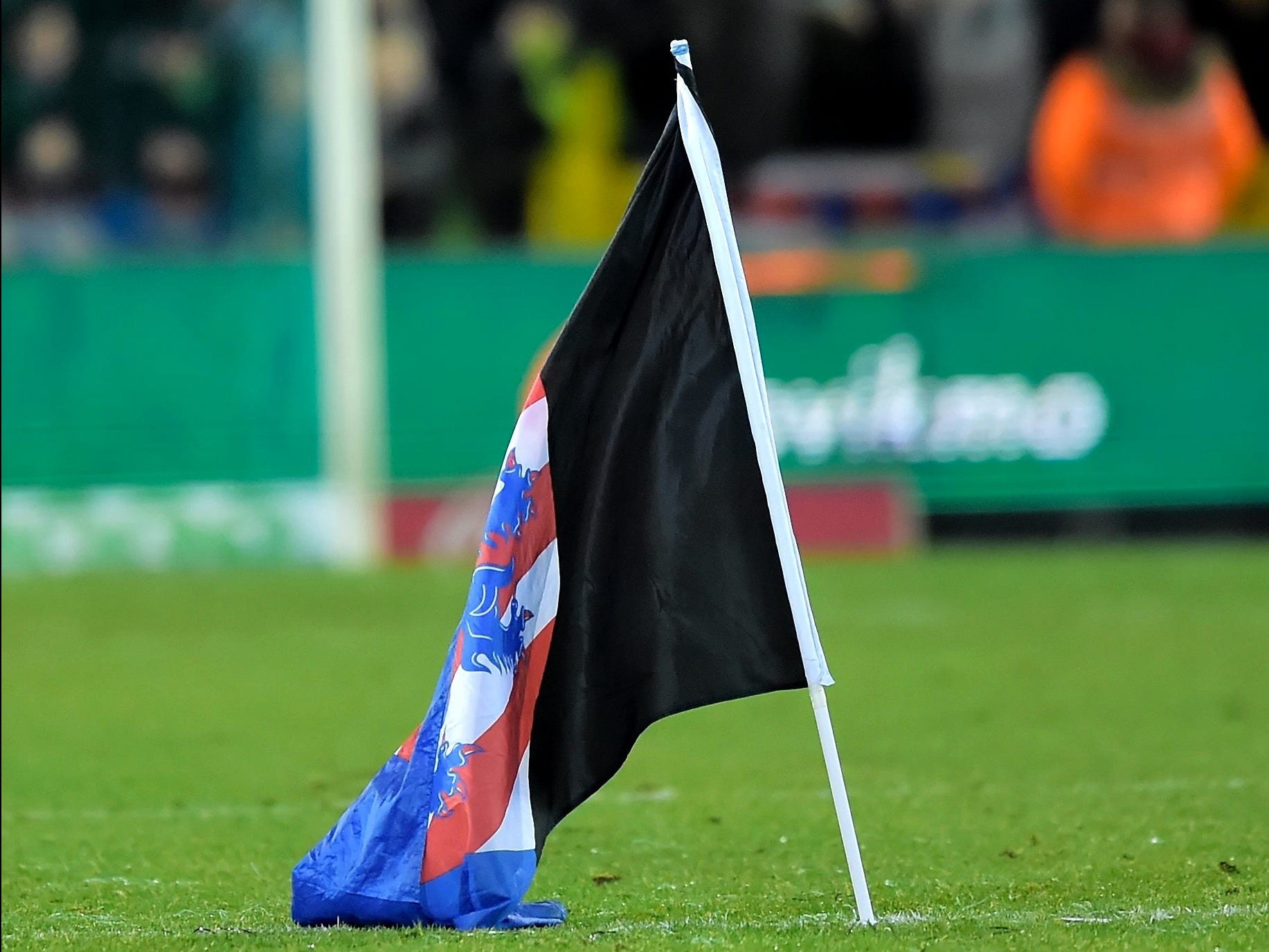 William Van Hecke/Corbis via Getty ImagesClub Brugge planted a flag on the field.

In the photo, players from the Belgium soccer team Club Brugge planted a flag to celebrate a victory as well. They won against Cercle Brugge KSV in a city derby during the Jupiler Pro League in 2018.