Twitter is losing it over how adorably polite Kylie Jenner's toddler, Stormi Webster, is in a new mother-daughter baking video 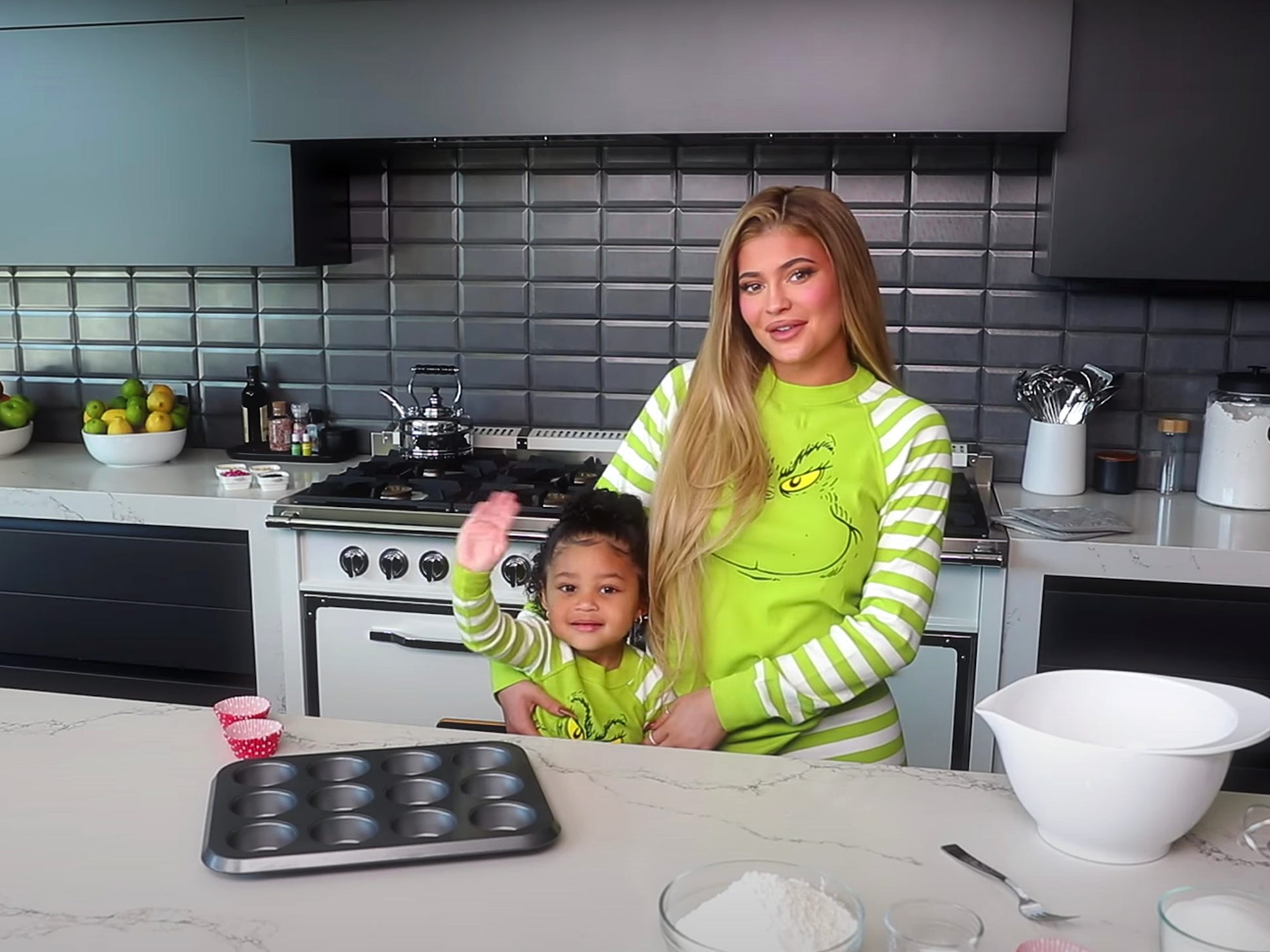 Stormi Webster stole the show in her mum’s new YouTube video, which is titled “Kylie Jenner: Grinch Cupcakes with Stormi.”

Posted on Thursday, the video shows the 23-year-old reality star and her 2-year-old daughter baking and decorating cupcakes. The treats are green to promote Jenner’s new Kylie Cosmetics x The Grinch collection, which is a collaboration with Dr. Seuss’ literary estate.

Throughout the five-minute clip, Stormi is remarkably polite and eager to help. She randomly gives her mum cute affirmations, including “I love you so much” and “you so beautiful.”

People on social media are gushing over the young child’s manners. The name “Stormi” even began trending on Twitter.

wish I could hate the rich but look at stormi she’s so cute pic.twitter.com/O35dXI1att

Stormi is so cute ion even like kids but now I want one ???????? pic.twitter.com/DImqY04Ioq

stormi being adorable as usual pic.twitter.com/gEQHzoWOI4

Not another cute ass video of Stormi giving me baby fever ???? pic.twitter.com/UaastHtXkC

why am i in tears at stormi telling kylie she’s so beautiful ???? pic.twitter.com/czgBWv0fmc

Stormi is Jenner’s only child with the rapper Travis Scott, whose real name is Jacques Webster. The two broke up in late 2019, though reports suggest they got back together just before quarantine.