How Walgreens, CVS, Kroger, and other retailers plan to leverage tech, convenience, and public trust to get the chaotic mass vaccine rollout back on track 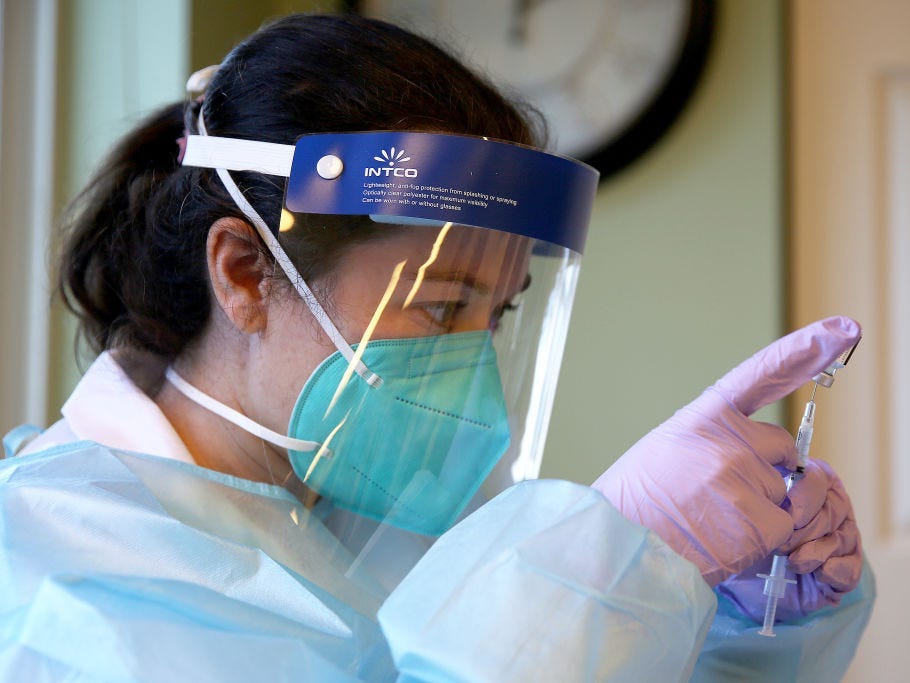 On Tuesday, the daily COVID-19 death toll in the United States hit a record at 4,327. On Thursday there was a glimmer of hope â€” the long-awaited COVID-19 vaccine finally hit retail stores. And on Friday, President-elect Joe Biden announced an enormous coronavirus vaccine effort, an effort in which retail pharmacies will play a significant role.

Retail pharmacies in New York begin administering COVID-19 vaccines to elderly individuals this week. Ohio and Colorado will follow suit soon, according to a press call with officials from the National Association of Chain Drug Stores.

“We’re wearing masks and social distancing and playing it safe,” NACDS president and CEO Stephen Anderson said during the call. “Yet, we all know that we will not overcome the pandemic, protect ourselves and others, revive livelihoods, and get back to all that we need and all that we love without these safe and effective vaccines.”


Read more: Walmart is working on a stealth health-tech venture that could change how you shop

Anderson said that retail pharmacies will play a critical role in the next step of combatting the pandemic.

“Based on conservative assumptions, pharmacies have the capacity to meet the demand for 100 million vaccine doses in one month when that level of the vaccine supply is available,” Anderson said.

Retailers have already been helping to roll out the coronavirus vaccine in the United States. Pharmacy chains have begun vaccinating their own staffers and even assisted with inoculating individuals in nursing homes. National pharmacy chain CVS alone has administered more than one million vaccines across the country as of Thursday.

But now these vaccines will be arriving in retail pharmacies across the US. If all goes according to plan, most members of the public will be receiving immunization from the virus throughout 2021. And millions of those civilians will be getting their shots via national retail chains.

Insider spoke with leaders at several top pharmacy retail chains about their strategies for vaccinating millions of Americans during the pandemic, and how they planned to do so without risking employee or customer safety. They spoke about leveraging technology and working closely with the government in order to distribute vaccinations.

Experts say that retailers are generally well-suited to bring the vaccine to the public due to their scale and brand name recognition. Vaccination rollout could even be good for business. However, these retailers must grapple with various state regulations, in addition to ramping up hiring and training.

Inoculating the public at large

The Centres for Disease Control and Prevention’s rollout plan is divided into three distinct phases. Phase one exclusively allowed vaccinations for approved individuals only: namely, high-risk healthcare providers, first responders, elderly residents of nursing homes, and individuals with underlying conditions. Phase two covers professionals working with children, essential workers, incarcerated individuals, and the rest of the elderly population. Phase three will see the vaccine rollout to the rest of the general population.

So far, the bulk of vaccinations are still ahead of retail pharmacies. A number of retailers have helped implement elements of phase one in different jurisdictions, but the real challenge will be helping to inoculate the public at large.


Read more:
What’s coming next for COVID-19 vaccines? Here’s the latest on 9 leading programs, after Pfizer and Moderna

Alvin Tran, a social epidemiologist at the University of New Haven, told Insider that he’s encouraged by the “name recognition” that national chains wield. Because consumers are accustomed to going to such stores to receive their flu shots, these brands hold strong public trust regarding the new vaccine, as well as the ability to receive and store doses, he said.

Tran said that he hopes that the national chains can put their websites and mobile apps to use in order to schedule COVID-19 vaccine appointments while maintaining an “orderly” environment.

“If you think about going to your CVS or Walgreens or any sort of other retail pharmacy store, space is very limited,” Tran told Insider. “And we still want to make sure that social distancing is being practiced. There’s crowd control in place. We still need to make sure that there is some sort of order once the vaccine is available.”

Unlike the flu shot, the COVID-19 vaccines available require two shots and the Pfizer version must be kept at a sub-zero temperature. In addition to having to beef up staffing and train their pharmacists, many retailers have had to invest in cold storage.

As the largest drug store chain in the United States with over 9,900 locations, CVS is one of the many retailers that will be responsible for administering millions of COVID-19 vaccines to the population. A company spokesperson said each location comes with “standard refrigeration and freezing capabilities” in order to store the vaccine.

To avoid crowds, CVS will be relying on its website, app, and a dedicated phone number, and vaccinations will be available on an appointment-only basis.

“Think of it like a round-trip ticket â€” when you register on CVS.com or through our app, you’ll book your first and second shots,” the spokesperson said. “Before both, you’ll receive plenty of reminders â€” texts, calls, etc. â€” so you don’t miss either â€” especially the second.” 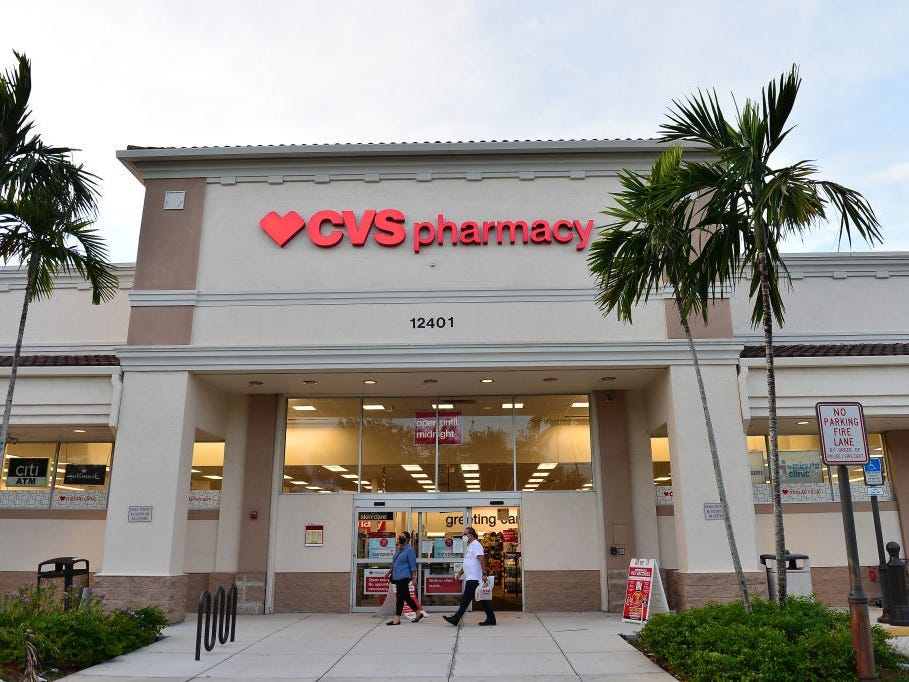 Kroger Health President Colleen Lindholz said that the company has been collaborating with Operation Warp Speed â€” the federal government’s venture to spearhead the development and distribution of COVID-19 vaccines â€” and the transition team for President-Elect Joe Biden. She said Kroger sees its role in the pandemic as three-fold: providing COVID-19 tests, administering vaccinations, and supply consumers with key essentials.

Lindholz said Kroger is prepared to work state-by-state in order to begin rolling out phase two vaccinations. The company is set to provide vaccines across its 2,200 pharmacies and 220 clinics.

“We’ve been willing and ready,” she said. “From an in-store standpoint, we’ve also decided to go out and hire a thousand more people so we’re ready for phases two and three in the very near future.”

“Obviously we’d love to get millions and millions of doses,” she said. “But right now, we honestly don’t know. It really changes by the day. So we’re being very flexible.”

She said Kroger has constructed a scheduling tool to ensure the company is giving “the shot to the right people during the right day at the right time.” Lindholz said that a major “worry” for Kroger’s team of healthcare professionals is “being able to get the patient back to give that second dose” of the COVID-19 vaccine. Studies have found that the second dose of the vaccination is critical.

“We’ve got a large scale tool coming out in February that we’re building so that we can serve the masses,” Lindholz said.

Rite Aid is currently participating in phase one of the vaccine allocation plans in New Jersey, Philadelphia, New York City, and Delaware. The company is working with a growing list of additional jurisdictions, Peters said. There are around 2,450 Rite Aid locations in the US. 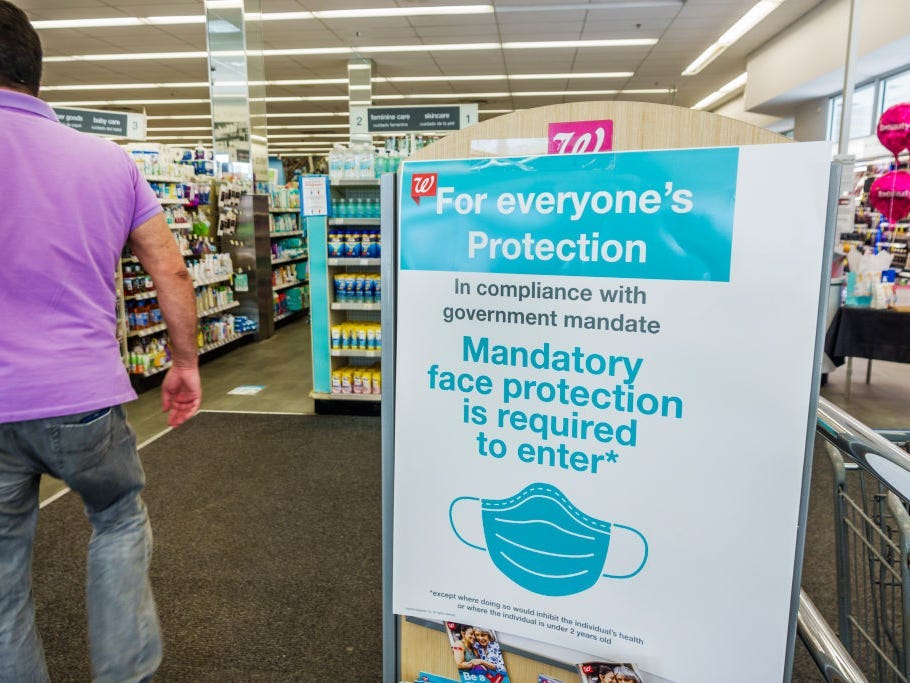 Walmart and Walgreens did not respond to Insider’s request for comment. But Walmart previously announced that it was mobilizing its 5,000 pharmacies and ensuring that each was fitted out with a freezer to store the vaccine.

“Walmart will administer the vaccine once Walmart is allocated doses to people who are eligible as determined by federal and state governments,” Walmart said via a statement on its website.

Walgreens released a statement on its website saying that the company is currently distributing vaccines as part of phase one. The company operates over 9,021 retail locations in the United States.

“In accordance with the CDC, we’re taking health and safety measures including physical distancing and personal protective equipment in our stores and off-site clinics,” the statement from Walgreens said.

Staffing up with the potential for profit

Although many pharmacy employees have jumped at the opportunity to join the vaccination efforts, an undertaking of this size is unlikely to be without complications. So far, the vaccine rollout has been chaotic with reports of long lines and even vaccines tossed in the trash.

Staffing is one concern. Dan Hussar, a retired pharmacist who runs the popular newsletter, The Pharmacist Activist, is worried that retail pharmacies have potentially signed vaccine distribution contracts with the government that they are not prepared to meet due to existing staffing issues.

“Pharmacies are already understaffed, and are now even more overloaded,” Hussar said.

A CVS spokesperson told Insider that the company is not concerned about understaffing being an issue. CVS announced in October that it has hired over 10,000 licensed pharmacy technicians “to support our COVID-19 response.” They also noted that CVS “immunizers” are certified “according to company regulations, trained in the administration of immunizations, and hold an active CPR certification.”

“We have the appropriate resources to finish the job at long-term care facilities and the capacity to administer 20 to 25 million shots per month at CVS Pharmacy locations while maintaining regular store operations,” the spokesperson said. “We’ll hire as need be based on demand, as has been the case since the start of the pandemic.”

Kroger too has increased hiring, taking on 1,000 additional health care personnel to help distribute the COVID-19 vaccine, according to a statement on the retailer’s website. 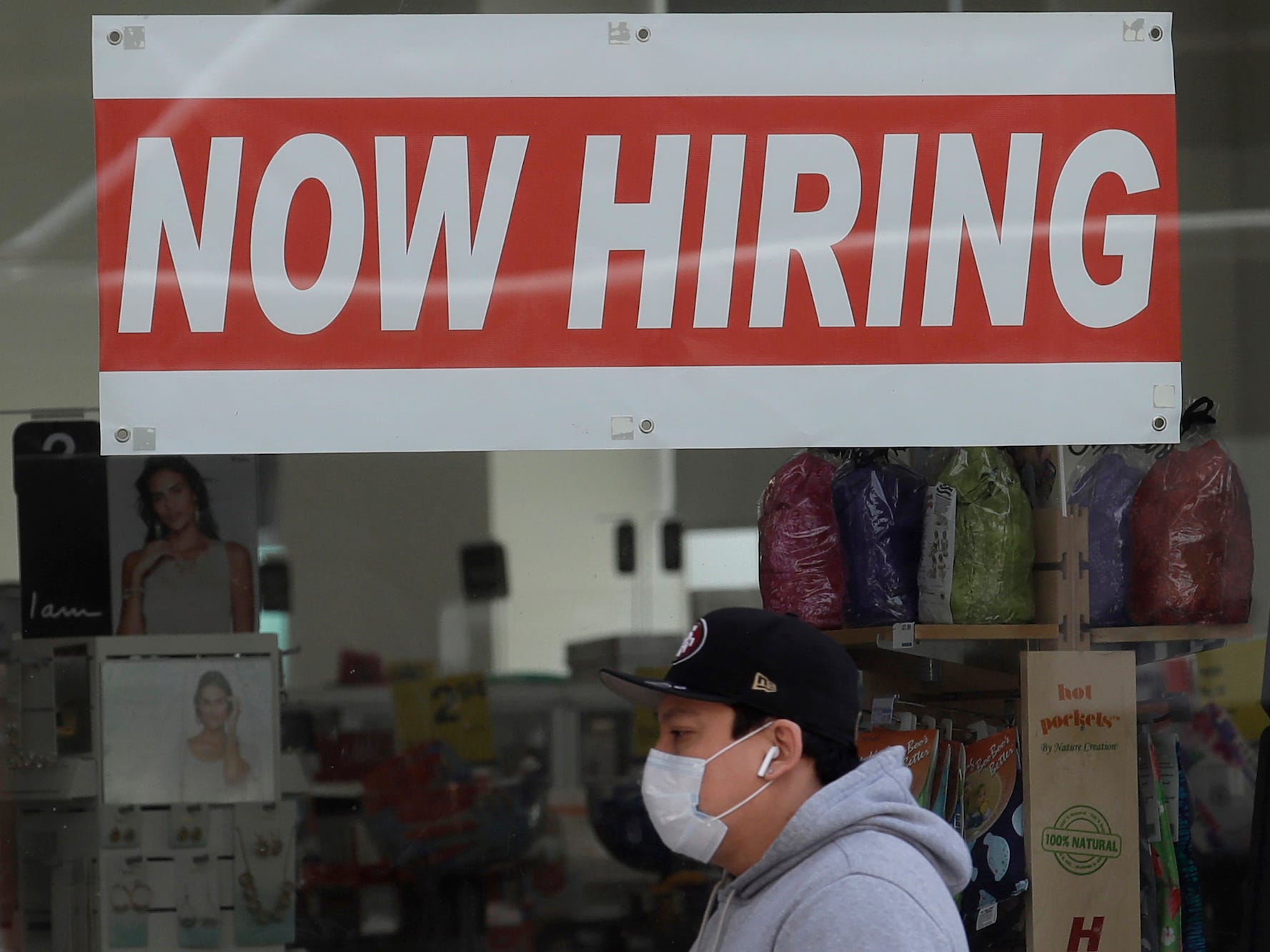 CVS and Walgreens stand to make money from vaccinating Americans, analysts have found. While the government is covering the cost of the vaccine, the pharmacies are paid a fee to administer the shots. Ricky Goldwasser, managing director at Morgan Stanley, has estimated that CVS could collect up to $US1.7 billion in revenue, while Walgreens could get up to $US1.5 billion for giving the shots.

The companies have cautioned that the mass vaccination effort has required a significant amount of start-up costs that will eat into the revenue they bring in, however.

By spearheading vaccine rollout in many areas across the country, the large pharmacy chains could also be bolstering sales. Ethan Chernofsky, VP of Marketing at foot traffic-tracking firm Placer.ai, told Insider that chain pharmacies could see a boost thanks to the vaccine rollout.

“These brands have already been among the better performers during the pandemic, are well aligned with the growing emphasis being placed on health and wellness, and have a merchandising perspective that very often leads a visitor to leave with items that were not on their original shopping list,” Chernofsky told Insider. “Combine those factors with the ability to drive more visits during off-peak hours and it looks like a recipe for very significant results.”