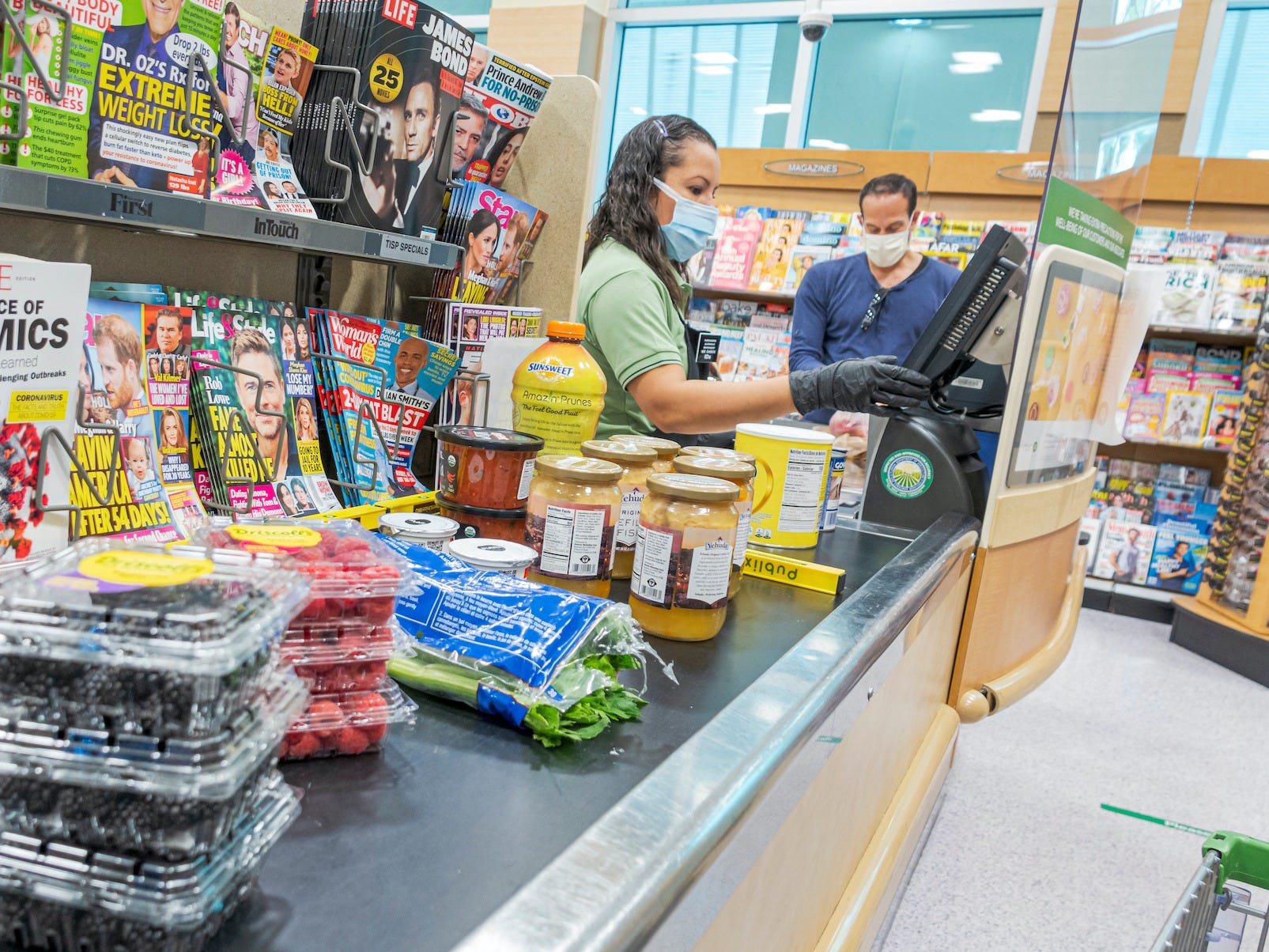 Jeff Greenberg / Contributor/Getty ImagesWorking in a store is fundamentally different during the coronavirus pandemic.

Often, these tasks are being added to existing employees’ daily work.

But according to Amy Glaser, senior vice president at Adecco, one of the largest HR and temporary staffing firms in the world, those new demands are also showing up in new job descriptions across the retail industry.

Glaser told Business Insider in a recent interview that the firm is seeing postings from retailers seeking new temperature takers and sanitation clerks. These new job titles often refer to their function in a subtle way, like calling them a “safety specialist,” for example. While many employers initially thought of these as temporary positions, some are now taking a more long-term view.

“I think folks are trying to be as creative as possible in creating these job postings,” Glaser said.

She added that employers are often including some unexpected requirements for these jobs. Being a temperature checker is about more than operating a thermometer, for example.

“They include customer service skills, and they’re going to be interacting with a lot of people every day, and mostly they have to be able to stand on their feet,” Glaser said.

Retail workers are also being expected to help maintain social distancing in stores as restrictions continue across the US.

That applies to retailers’ warehouses, too – Glaser referenced a retail client that has hired someone to dress up in a costume and tell jokes while carrying around a stick to remind workers to keep a six-foot distance from each other.

“Not only is it a real job, it’s a necessity, especially in some of these high-traffic places,” she said.

Adecco also saw huge increases in retailers seeking grocery pickers and workers to help with curbside pickup while much of the US was under stay-at-home orders in March, April, and May.

Grocery stores and delivery services led the charge in hiring during that period; Instacart alone has hired hundreds of thousands of gig workers to pick orders and deliver groceries since the start of the pandemic in the US.

As states continue their reopening process, thousands of workers – including those at retailers deemed “nonessential” during shutdowns – will be navigating the changes to their work environment. Many cashiers will now be working from behind plexiglass shields, while other associates might be cleaning changing rooms after each use. Wearing a mask is almost universally required across the industry.

After mass layoffs and furloughs in March and April, thousands of retail jobs returned in May 2020 as stores were allowed to reopen in certain states.

“They’re being reminded to be cautionary,” Glaser said.

Are you a retail worker whose job has been affected by the coronavirus pandemic? Contact this reporter via encrypted messaging app Signal at +1 (646) 889-2143 or at [email protected]