“This entire crisis would have played out so differently with leadership and a national plan from the federal government. If the Trump administration in January had started to stockpile PPE, get serious about testing, put together a plan, we would have far fewer deaths, far fewer people out of work, far fewer sick people.” – Rhode Island Governor Gina Raimondo, whose state is one of the few that has handled the coronavirus well. 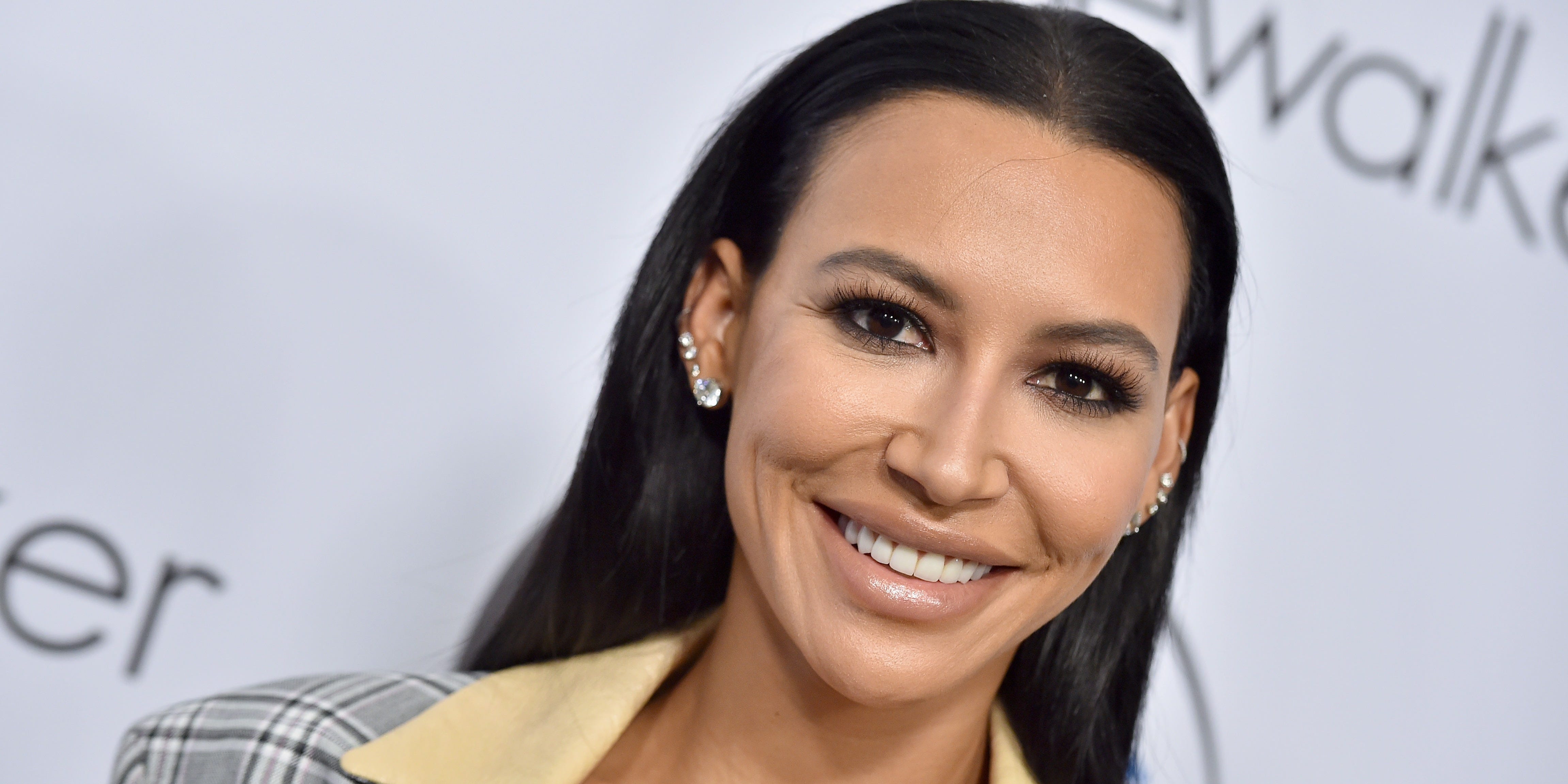 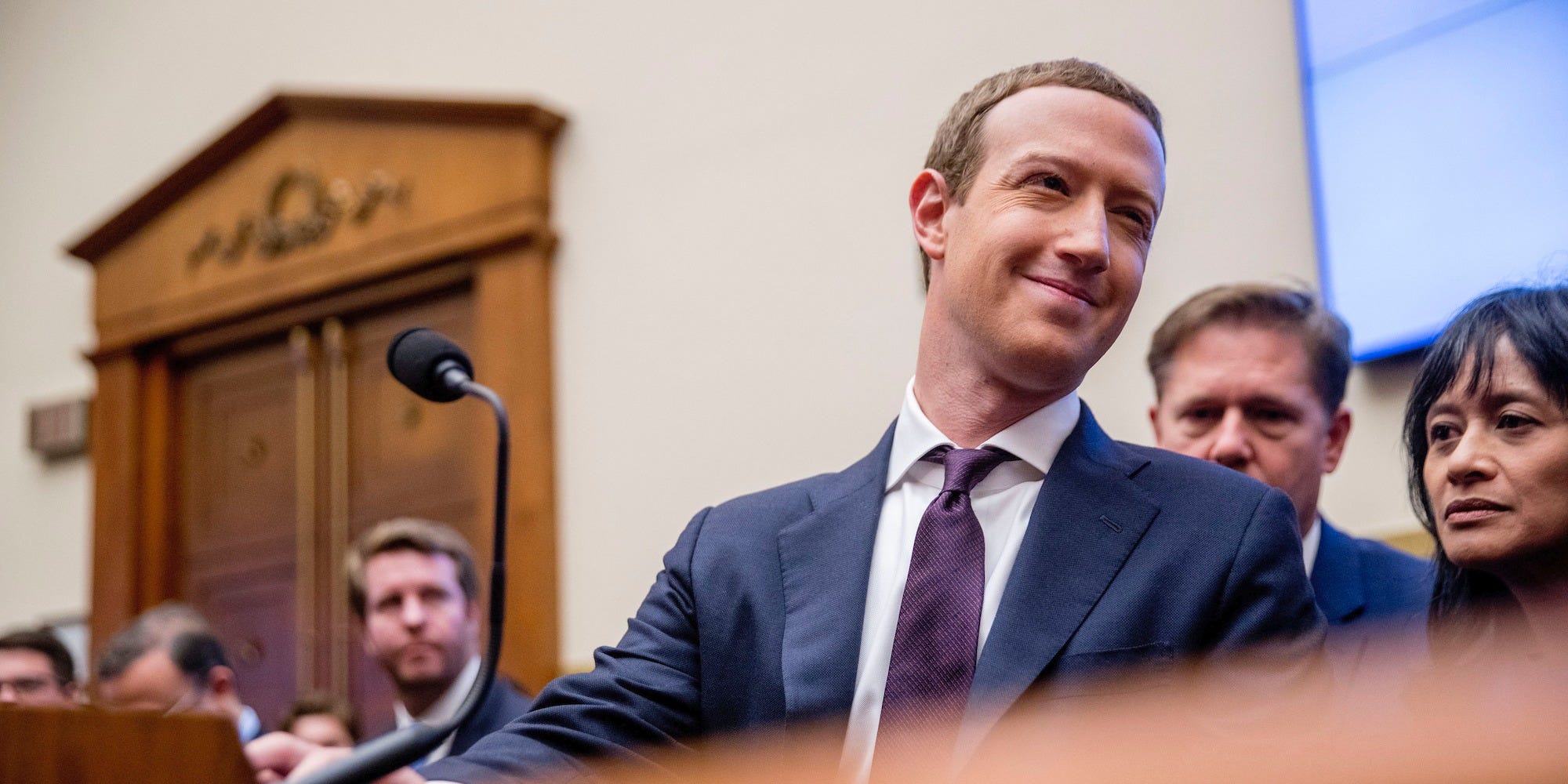 After a two-year investigation, civil rights groups published their thoughts on hate speech and civil rights abuses on Facebook. Their findings, summarized by the NYT, won’t surprise anyone. In the name of “free speech” Facebook has privileged and empowered anti-democratic, anti-social speech. The report also raised concerns that Facebook itself has become a tool for radicalizing people who wouldn’t otherwise find their way to hate groups.

In other words, we, as a society, are allowing activity to fester on Facebook that we would consider anti-social in real life. Facebook knows this too. That’s another takeaway from the report.

Facebook knows that its algorithm pushes hate groups. Facebook knows that – when it fails to fight misinformation from political actors like Donald Trump – it is engaging in voter suppression. It knows that its platform encourages anti-social behaviour, it makes promises to correct it, and then it does nothing. The NYT says the report called Facebook’s attempts at internal reform a “seesaw of progress and setbacks.”

It’s time for us to come to terms with the fact that Facebook won’t fix itself. For reasons both financial and political, the company is simply not incentivized to do so. That means we, as a society, need to have the difficult discussion of deciding what we will and will not tolerate from Facebook.

It’s time for us to engage this discussion, because it’s clear Facebook can’t do it alone. – Linette Lopez

As the Trump administration tries to force schools to open despite surging coronavirus cases, Americans are understandably worried about the risks.

The risk that an individual child will die of COVID is much less than the risk that an older person will die, especially if the older person has “comorbidities.” But if many children are infected, some will die or get seriously sick. And because children live with parents and grandparents, children may also infect people who are much more at risk.

Meanwhile, children aren’t the only people in school communities. There are also teachers, administrators, and staff – many of whom are at high risk from dying or getting seriously sick.

Underscoring this risk, a teacher in Arizona, Kim Byrd, died of COVID last week. She and two other teachers were teaching virtual summer school from the same room. The three teachers reportedly followed all the CDC guidelines – distancing, masks, hand-washing. But all three of them still got sick.

The Trump administration’s “ignore the virus” strategy has led to one of the worst coronavirus outbreaks in the developed world. Opening schools everywhere in about six weeks will almost certainly kill or sicken many more Americans.

Yes, not being able to open schools this fall is a tragedy, one this country could have avoided with competent federal leadership. But prolonging the epidemic and sickening and killing many more Americans is worse. – HB

The fallout from what’s come to be known as the “Harper’s letter” – an essay co-signed by over 150 writers and academics in defence of the liberal norms of free expression and open debate – proved why it needed to be written. There’s a gulf in understanding about what free expression is, what its value is, and why even diehard free speech advocates struggle with some of its inconvenient aspects.

Some critics of the concept of free speech argue that it only favours the powerful and has outlived whatever usefulness it had. In a new Insider column, I argue that free speech is the most effective tool available for marginalised voices and that no meaningful positive social change could occur without it.

It took millennia to establish the norm that you can piss people off, especially the powerful, with your speech, and it should generally be tolerated. If it’s jettisoned in the name of a certain definition of justice, what happens at the next injustice? You can’t use free speech to fight it anymore.

If the presidency of Donald Trump has taught us anything, it’s that certain liberal norms must be defended, if only to keep people with tyrannical instincts – like him – from determining what should and shouldn’t be acceptable forms of expression. If the worst could happen – and it always could – the right to express unpopular opinions is the best weapon available to beat back the tyrant.

Free speech sceptics should clearly articulate what their vision of justice looks like in a world where they’re the censor. – Anthony Fisher 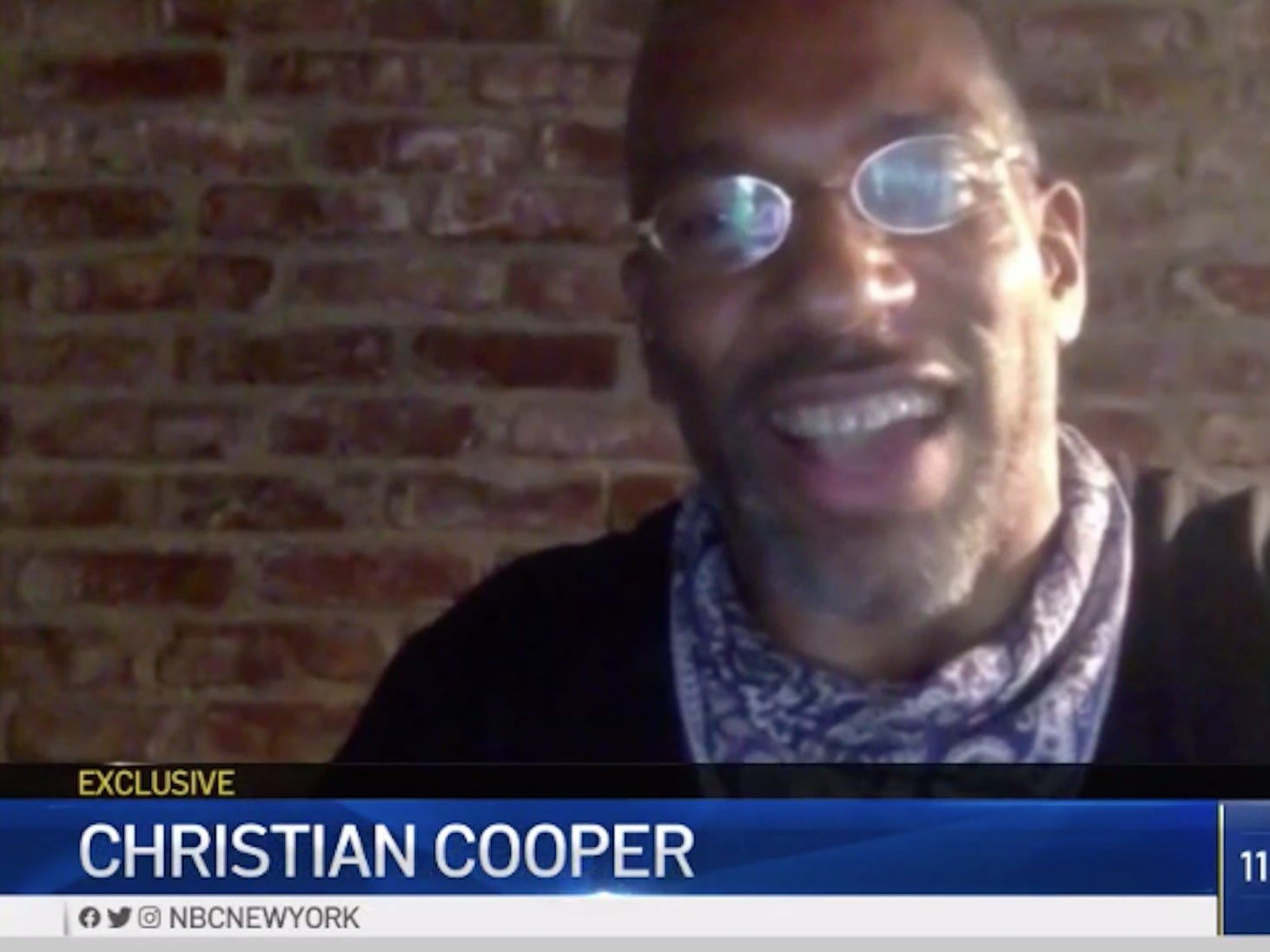 David Plotz argued earlier this week that Amy Cooper – the white woman who falsely reported that a Black birdwatcher was threatening her life in Central Park – should not go to jail. Her victim, Christian Cooper, agrees.

Manhattan’s DA charged Amy Cooper with filing a false police report, but Christian Cooper will not cooperate with the prosecution. He said in a statement: “She’s already paid a steep price …That’s not enough of a deterrent to others? Bringing her more misery just seems like piling on.”

The arguments against prosecution include the fact that Amy Cooper has lost her career, anonymity, and reputation – perhaps for the rest of her life. And at a moment when national attitudes about criminal justice reform are belatedly and thankfully evolving, punishment for the sake of it seems more like vengeance than justice.

I’ve expressed similar sentiments, including that rather than embracing zero tolerance across the board, we need to be more empathetic as a nation, we need to train police to stop behaving like an occupying army in constant fear of the people, and we need to arrest and imprison far fewer people in general. –AF

Bloomberg reports that the aides to Secretary of State Mike Pompeo are considering a move to limit Hong Kong’s access to US dollars as punishment for China’s new Hong Kong security law. It’s an idea that experts recognise would do more harm to the global financial system than China itself.

And it’s an idea that shows us how feeble our State Department is. Instead of working with our allies to find a way to respond to China’s dismantling of Hong Kong civil rights, they’re going it alone. That makes it much harder to find a punishment that really matters to Beijing.

Finding a solution here will require the real work of the State Department – diplomacy and coalition building. Since the Trump administration doesn’t really do that, we’ll continue to see feeble angry gestures aimed at Beijing like this.

It’s clear that Trump is still wary of taking real action against China because he believes a trade deal will help him shore up his base. His advisers still say the deal is ongoing. That likely suits China’s President Xi Jinping just fine. – LL


If you’re enjoying this article, sign up for regular insights from Henry Blodget and David Plotz delivered to your inbox

US 30-year-fixed mortgages dropped to 3.03%.That’s the lowest they have ever been, and the sixth record-low set during the coronavirus pandemic. 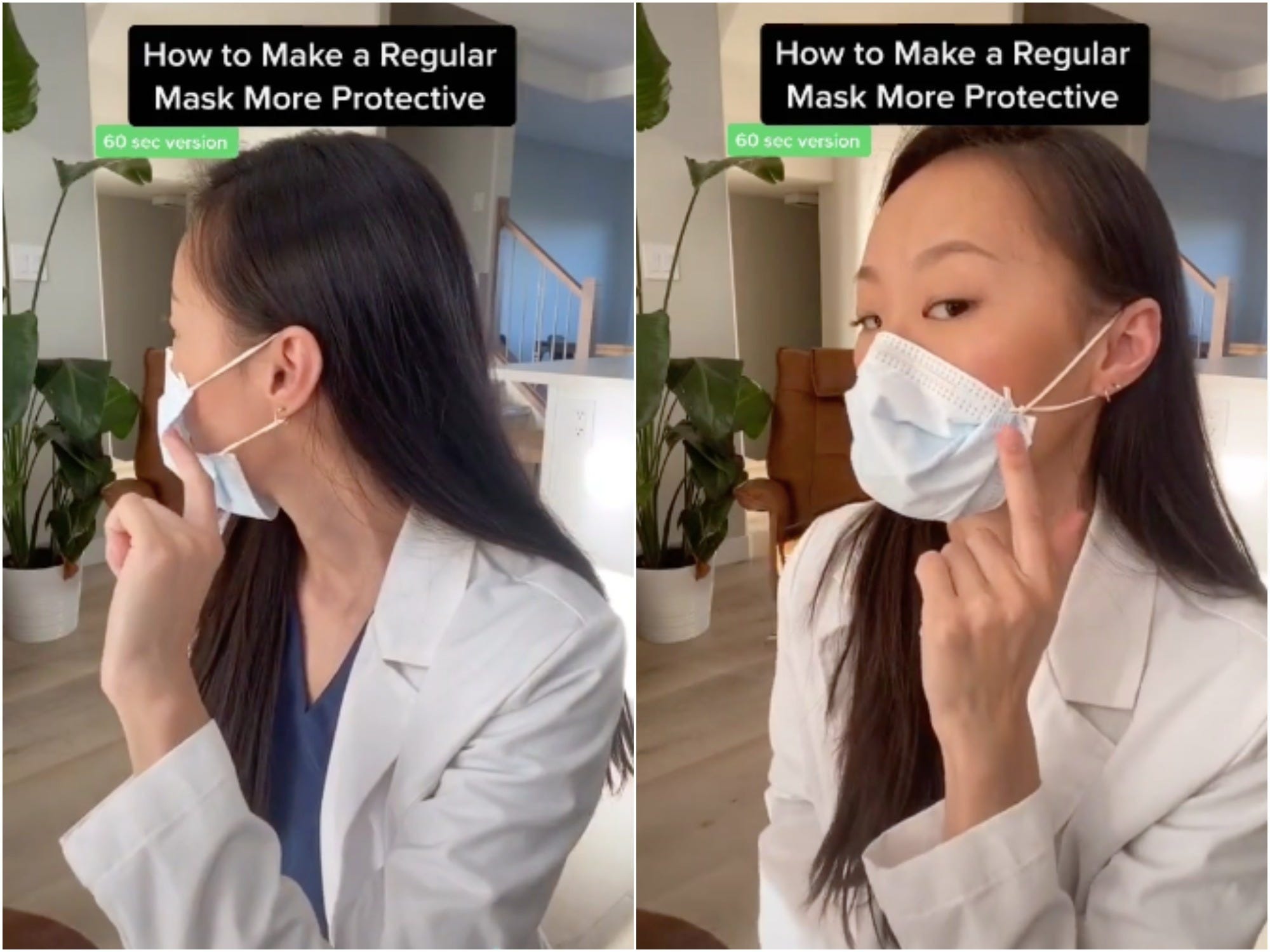 TikTok/oliviacuidmdDr Olivia Cui before and after doing her face mask hack.

A dentist’s ingenious hack for making a facemask fit better. It just involves a couple of knots and twists. 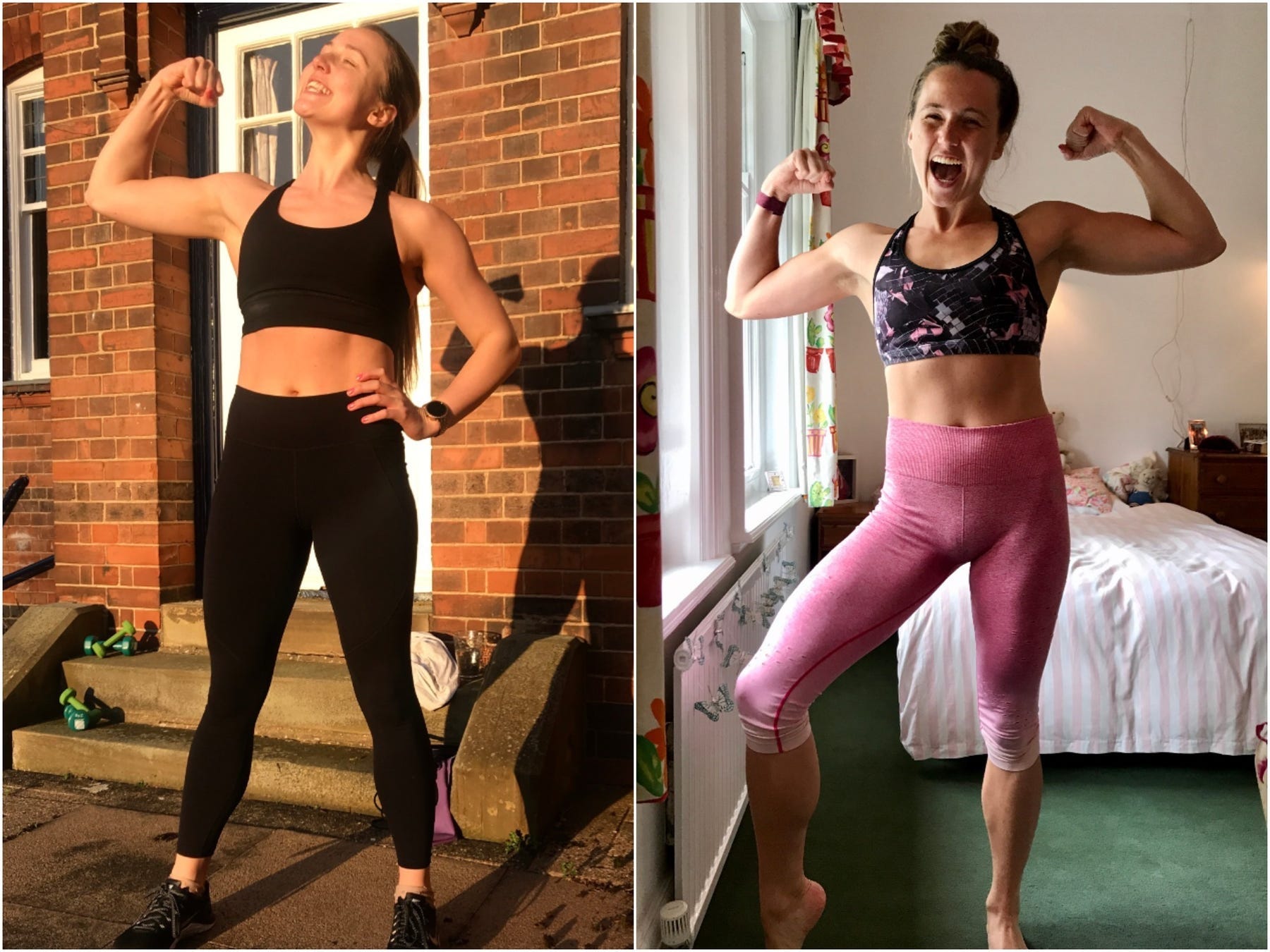 She did 100 pushups a day for 100 days of lockdown. Insider’s Rachel Hosie gave herself a lockdown challenge, and it changed her body.


A Marine’s M107 sniper rifle failed during a firefight – so he called customer service.

10 stunning photos of birds from around the world. See the winners of the Audubon Photography Awards.