Michael Tubbs didn’t see much risk in giving money to his city’s poorest residents, no strings attached. The former mayor of Stockton, a city in California’s Central Valley, is a strong proponent of universal basic income, a policy that essentially pays people for being alive as a way to alleviate poverty.

“My belief in it came from being raised by three amazing women, including my single mom,” Tubbs told Insider. “The issue wasn’t that they couldn’t manage money. The issue was they never had enough money to manage.”

As mayor, Tubbs spearheaded the Stockton Economic Empowerment Demonstration, a pilot program that gave 125 residents debit cards loaded with $US500 ($641) each month. The program launched in February 2019 and ended in January.

Its critics argued that cash stipends would reduce the incentive for people to find jobs. But the SEED program met its goal of improving the quality of life of 125 residents struggling to make ends meet. To qualify for the pilot, residents had to live in a neighborhood where the median household income was the same as or lower than the city’s overall, about $US46,000 ($59,008).

A new report from a team of independent researchers found that Stockton’s program reduced unemployment among participants during its first year and helped many of them pay off debt. The report studied the effects of the payments from February 2019 through February 2020. SEED participants also reported improvements in their emotional well-being and decreases in anxiety or depression.

“It’s really made a huge impact on my quality of life and being able to go do just normal things that a lot of people take for granted,” one participant said in the report, “whether it’s go out to eat once every two weeks and sit down for a nice dinner, or whether it’s, you know, my mom’s birthday and I just want to get her a birthday present.”

Tubbs said it was likely that the $US500 ($641) monthly payments helped in other ways during the pandemic, such as tiding people over until their stimulus checks arrived or allowing them to take days off work if they got COVID-19.

“We know anecdotally that the $US500 ($641) allowed some members of the program to stay at home and not go to work because they don’t have paid time off,” Tubbs said. “They were able to listen to the doctor because they knew that the two weeks off work wouldn’t be catastrophic.”

Most of the money went toward food and merchandise

Participants in Stockton’s basic-income program spent most of their stipends on essential items. Nearly 37% of the recipients’ payments went toward food, while 22% went toward sales and merchandise, such as trips to Walmart or dollar stores. Another 11% was spent on utilities, and 10% was spent on auto costs. Less than 1% of the money went toward alcohol or tobacco.

By February 2020, more than half of the participants said they had enough cash to cover an unexpected expense, compared with 25% of participants at the start of the program. The portion of participants who were making payments on their debts rose to 62% from 52% during the program’s first year.

Unemployment among basic-income recipients dropped to 8% in February 2020 from 12% in February 2019. In the experiment’s control group – those who didn’t receive monthly stipends – unemployment rose to 15% from 14%.

“Everything I thought would happen, I said would happen – I argued with Sarah Palin and Chuck Woolery and talked to ‘CBS This Morning’ and Bill Maher about – actually happened,” Tubbs said. “I remember telling people, ‘I think that $US500 ($641) will allow people to work more if they choose to do so.’ And that playing out in the data, it makes me so proud.”

“I had panic attacks and anxiety,” one participant said in the report. “I was at the point where I had to take a pill for it, and I haven’t even touched them in a while.”

Tubbs lost his reelection bid in November, but his departure didn’t affect the SEED program, since it was always designed to be temporary.

Tubbs’ vision is to make basic income a national policy. In June, he launched Mayors for a Guaranteed Income, a coalition of mayors interested in starting similar basic-income pilots across the US. At least 40 mayors, including Eric Garcetti of Los Angeles, Keisha Lance Bottoms of Atlanta, and Jenny Durkan of Seattle, have joined the group. Twitter CEO Jack Dorsey donated $US18 ($23) million to the cause.

No Republican mayor has joined Mayors for a Guaranteed Income – and interest in a basic-income policy skews heavily Democratic. Andrew Yang, a 2020 Democratic presidential candidate, made basic income a prominent part of his campaign platform, pledging to give $US1,000 ($1,283) a month to every US citizen over 18.

Tubbs said there was more than enough research to suggest that a federal basic-income policy would improve Americans’ quality of life.

“I am so proud of all the pilots, but I’m ready for policy,” Tubbs said. “I’ve got all the evidence I need.” 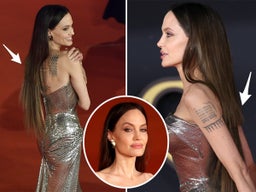 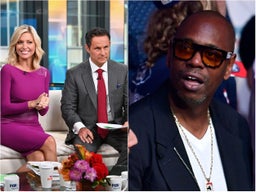