Stocks will outperform bonds and deliver annualized returns of 6% over the next decade, Goldman says 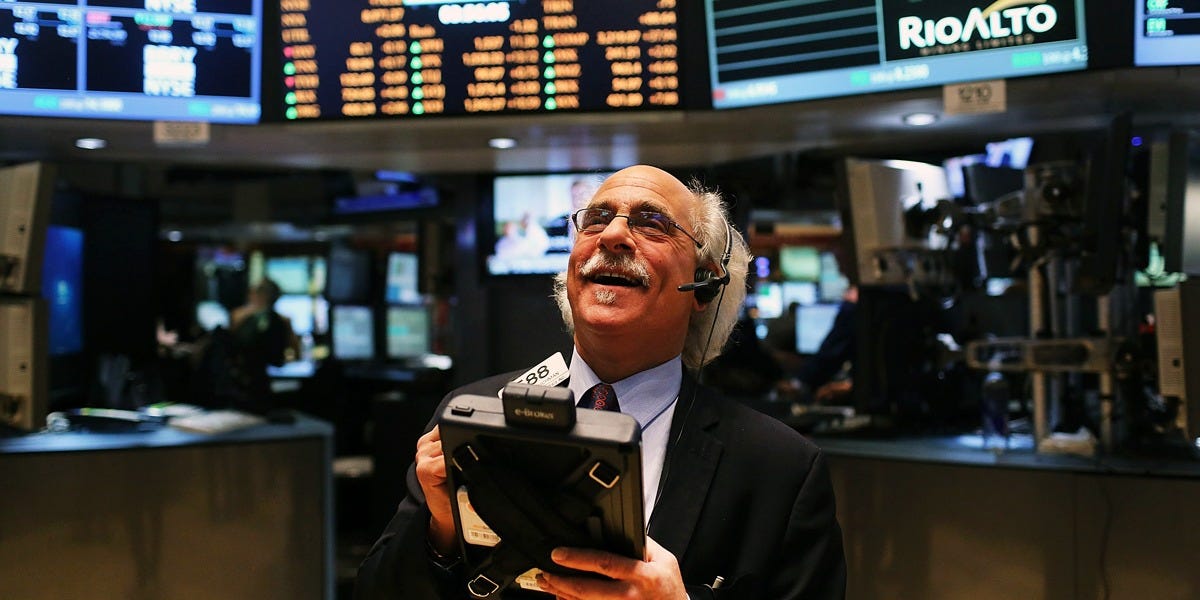 Investors should continue to favour stocks over bonds from now until at least 2030, according to Goldman Sachs.

In a note published Monday, Goldman gave its long-term forecast for what stocks will do over the next decade. The firm estimated that the S&P 500 index will deliver an average annualized total return of 6%, and estimated that stocks have a 90% probability of outperforming bonds due in part to record-low interest rates.

Goldman acknowledged that it’s difficult to forecast stock returns 10 years into the future, pointing to its last long-term forecast from July 2012. In that forecast, Goldman suggested that stocks would deliver an average annualized return of 8%. But eight years later, the S&P 500 delivered an average annual return of 13.6%. 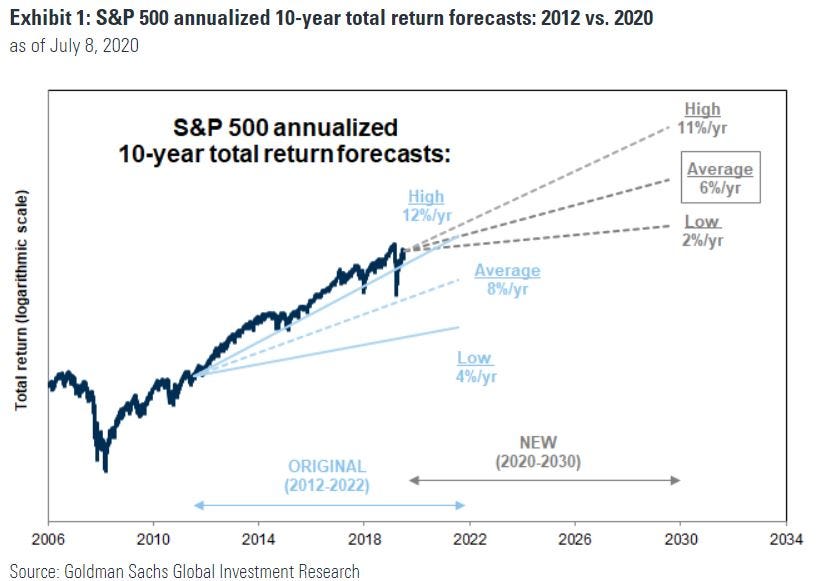 The firm said that 25% of its 2030 stock return forecast will be generated by dividends, while the other 75% will come from price gains. Goldman added that a more bullish scenario could result in average annualized gains of 11%, while a more bearish scenario could see stocks return just 2%.

Goldman used and averaged five different approaches to estimate the 6% return for stocks into the next decade.

“The cyclically-adjusted P/E multiple currently equals 26.5x, implying the S&P 500 will post an average annualized return of 2.7% during the next 10 years.”

“While equity valuation is high on an absolute basis, it is more reasonable in the context of the low interest rate environment… Given the 10-year US Treasury yield currently equals 0.7%, the starting relative valuation implies the S&P 500 will post an 8.7% annualized equity return through 2030.”

“The major ownership categories of US stocks collectively account for 83% of the market. We estimate these entities in aggregate had a 44% portfolio allocation to US equities … Since 1952, when equity allocations have been between 40% and 45%, the subsequent 10-year annualized return for the S&P 500 has averaged 6.5%.”

“Our analysis implies annualized S&P 500 total return during the coming decade will equal 4.7% if the dividend yield in 2030 remains roughly unchanged from the current level of approximately 2.0%.”

Despite the bullish long-term outlook, Goldman named five key risks that could derail its forecast: the rise of de-globalization, higher taxes, higher labour costs, an ageing US population, and turnover in the S&P 500 index.

It’s hard to make a long-term forecast for stock returns when some of the companies that will likely be driving returns 10 years from now haven’t even been founded.