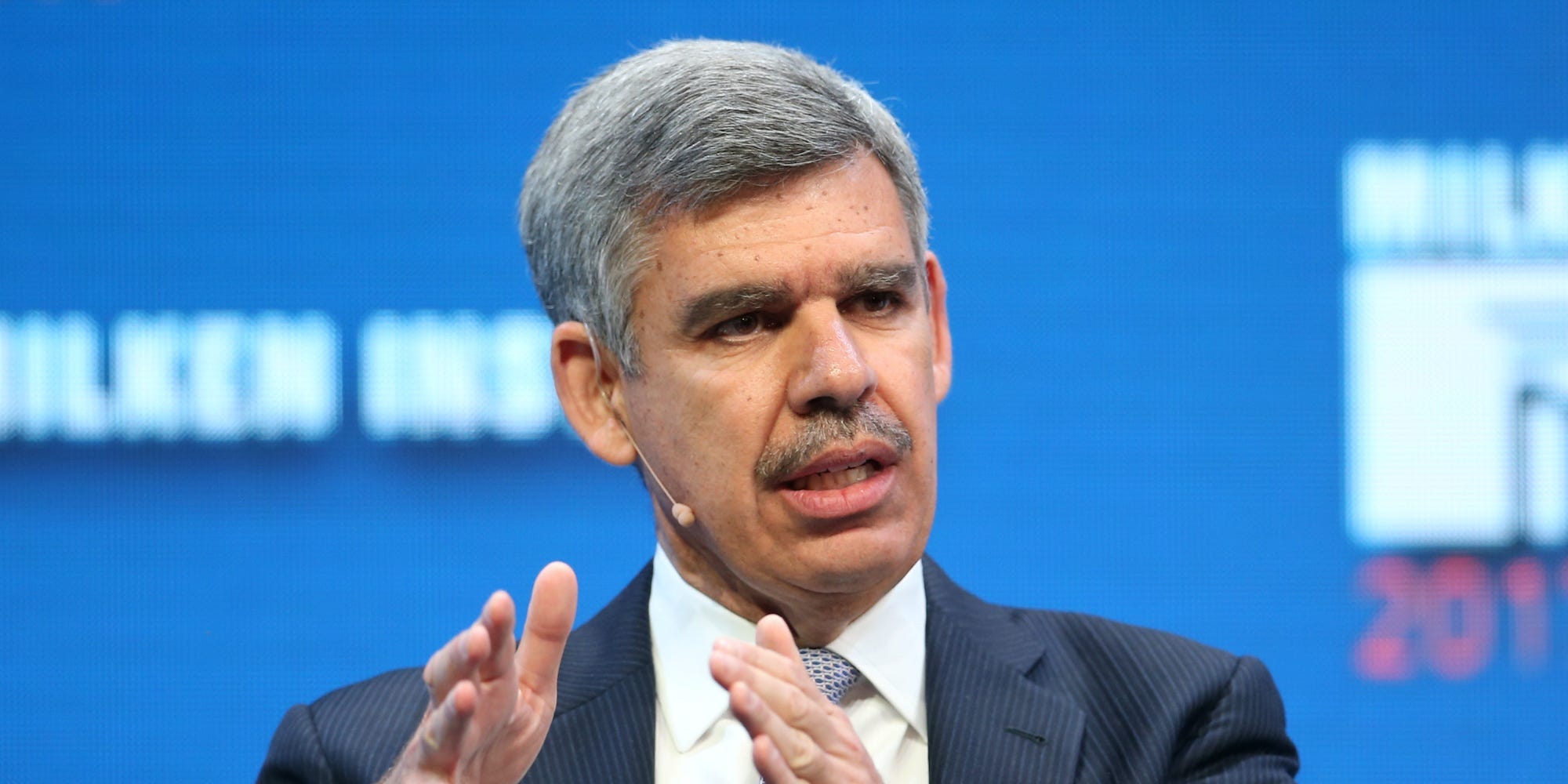 Investors need to wake up to the reality that the economic recovery will take longer to take place and they shouldn’t overly rely on US lawmakers, Mohamed El-Erian said, in an opinion piece in the Financial Times on Monday.

The chief economic adviser at Allianz Investors said liquidity injections are “proving less potent” in overcoming a weak economic recovery, and there are “no easy ways” to protect portfolios against major stock sell-offs.

Gold and government bonds, which are traditionally considered safe-haven assets, have offered little protection to investors looking for diversification, he said.

“The rollercoaster ride in stocks is combining with multiplying signals of future large fluctuations in derivatives markets to raise doubt about the future,” El-Erian said. “It is no longer clear that this is a short-term healthy correction that cleanses markets from excessive risk positioning and strengthens the foundation for further gains.”

Read more: BANK OF AMERICA: Buy these 11 stocks to profit as e-commerce and robotics revolutionise their businesses and keep them growing faster than peers

The S&P 500 is on course for its first monthly drop in six months. Before that stocks had staged a remarkable recovery since hitting multi-year lows in March underpinned by rock-bottom interest rates and a boom in technology stocks.

“What initially was an impressive policy response underpinned by three notions â€” “all in,” “whatever it takes” and “whole of government” â€” is proving harder to sustain and not just due to political polarization,” he said. “Investors also should not expect US lawmakers to come to the rescue.”

The Fed has pumped trillions of dollars into the system, but Democrats and Republicans have been gridlocked in a stalemate since July over the size of the next package.

Read more: 4 reasons why the stock market will be volatile throughout October. And 3 reasons why this presents opportunities, Evercore says

House Democrats unveiled late on Monday a new $US2.2 trillion stimulus plan that includes reviving $US600 in federal unemployment benefits and a second round of stimulus checks for millions of Americans.

El-Erian said the Federal Reserve’s oral communication has included some “unsettling” and ambiguous language about its economic outlook and policy response.

The Fed has indicated that it has no plans to inject any fresh stimulus into the financial system at this point, although interest rates will stay near zero until at least 2023.

“The initial market enthusiasm about the more dovish-than-expected statement after the Fed’s last monetary policy meeting gave way to discomfort about the breadth and effectiveness of the central bank’s stimulus support,” he said.

El-Erian said investors should not expect improved economic and corporate fundamentals in Europe or the US. Europe is facing a full-blown resurgence of cases Covid-19, with big daily increases in infection rates in Spain, the United Kingdom, France and Belgium.

“Recent economic data confirm what started as a V-shaped recovery is now proceeding at a much slower pace,” he concluded.