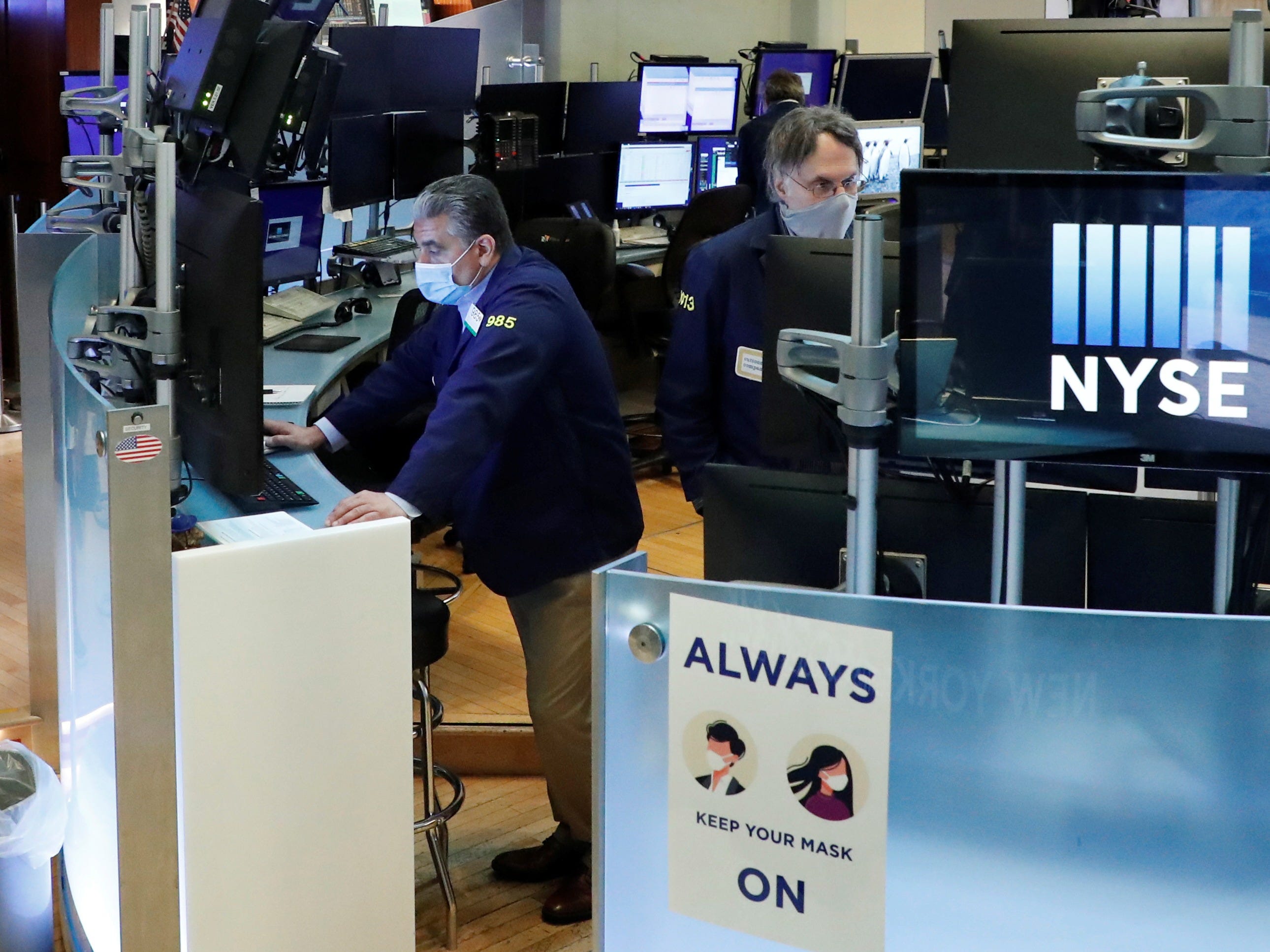 Global stocks fell on Thursday after the US Federal Reserve presented a bleak outlook for jobs in the US and held interest rates at near-zero.

Futures tied to the S&P 500 fell 1.5% and are set to open lower on Thursday. Major European indices dropped more than 2%.

In recent weeks, financial markets have displayed signs of being largely disconnected from reality as investors seem to have buried the fact that the world is in the midst of a pandemic, and chosen to focus instead on easing lockdown restrictions and a better-than-expected jobs report in May.

Fed Chairman Jerome Powell painted a gloomy picture of US employment, despite the jobs report last week showing that the economy added 2.5 million jobs in May, saying that millions of jobs may not return for people and it “could be some years” before they get back to finding jobs.

The central bank’s decision to keep interest rates unchanged is expected to be maintained until the end of 2022. Members of the Federal Open Market Committee pledged to continue purchases of Treasury and mortgage securities to sustain a flow of credit to the economy.


Mark Minervini says he raked in a 33,554% return over 5 years using a simple stock-trading strategy. Here are his 7 secrets to ‘superperformance.’

The Fed’s gloomy prediction of a 6.5% contraction in the US this year was still better off than the OECD’s Wednesday projection of an 8.5% fall in case a second wave occurs, and 7.3% if it is avoided.

“The OECD and Fed appear to have shaken the markets out of their short-sightedness, forcibly reminding investors that it is going to be a long, tough journey back to growth,” Connor Campbell, a financial analyst at Spreadex, said in a note.

Chairman Jerome Powell was also keen to insist on Wednesday that members of the FOMC were not even “thinking about raising rates.”

Analysts at Rabobank were more concerned about the Fed’s gloomy projections.

“It was more of a “Whatever” as the Fed described a bleak future US economic landscape where many millions of jobs may never come back … and the response is still to channel more money to the rich via asset bubbles,” the analysts said in a note, highlighting that the financial system in its current form serves to protect only the “ultra-rich.”


Renowned strategist Tom Lee nailed the market’s 40% surge from its worst-ever crash. Here are 17 clobbered stocks he recommends for superior returns as the recovery gains steam.