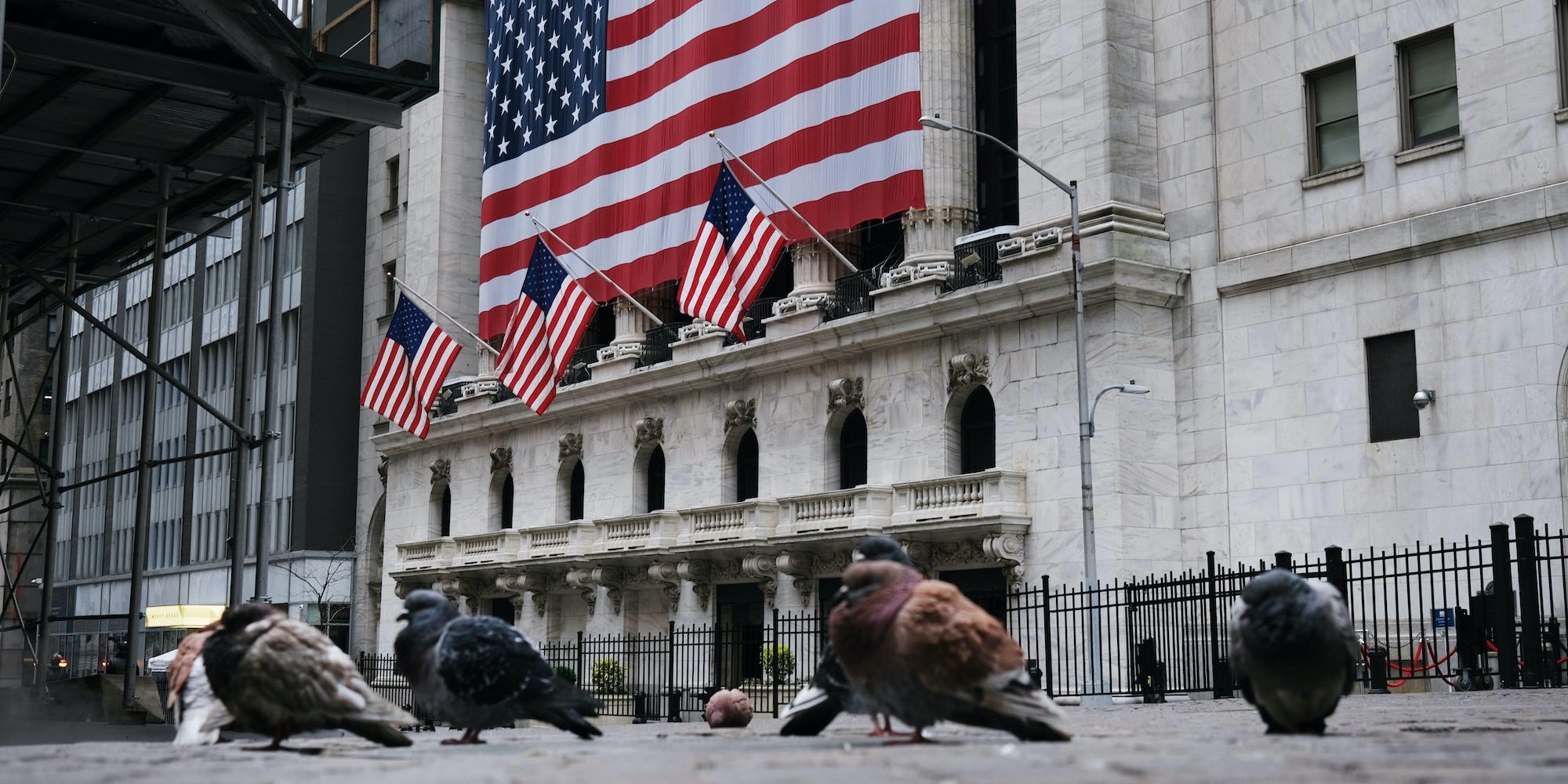 Spencer Platt/Getty ImagesWall Street stands empty as people stay away from the area due to the coronavirus on March 30, 2020 in New York City.

Large-cap active funds’ hit rate – the share of stock picks outperforming the broader market – reached just 28% last month,Bank of America said Thursday, its worst reading in two years. That comes despite stocks enjoying their best July since 2010. The average fund lagged its relevant benchmark index by 0.66%, and only 42% of managers are outperforming their benchmarks year-to-date, the team led by Savita Subramanian said.

The months-long tech rally slowed in July, leading other sectors to jump more than expected. Managers failed to pick many stocks in some of the best-performing pockets of the market, such as the consumer staples and utilities sectors, according to the bank. Both led the S&P 500 in its 5.5% July gain.

Managers expecting worse-than-expected economic data to drive a market slump were also flustered. A slowdown in consumer spending and hiring activity drove fears of a prolonged recession, yet indexes continued to creep higher on stimulus hopes. Correlations neared peak levels over the month, the analysts said, indicating a greater focus on macroeconomic trends than stocks’ fundamentals.


A stock chief for $US7.3 trillion BlackRock told us how he’s investing to get the best returns – and his top picks for maximum income as Wall Street faces the threat of mass dividend cuts

Still, only 20% of growth funds beat their benchmarks. Concentration in the Russell 1000 led active managers to mostly miss the market’s best performers. While growth funds gained the most, value and core managers fared better in picking winning stocks in their respective fields.

Mid-cap funds notched their worst monthly performance since June 2016, with just one-fifth of managers outperforming benchmark indexes. Core funds in the category continued a streak of below-50% hit rates in every month this year.

Small-cap funds offered a less dismal July performance. Nearly three-quarters of all managers beat their respective benchmarks last month, and small-cap growth funds landed their best monthly performance in data going back to 2008, according to Bank of America.


BANK OF AMERICA: Buy these 5 commodities now for profits into next year as pandemic uncertainty boosts their prices and lifts gold to $US3,000