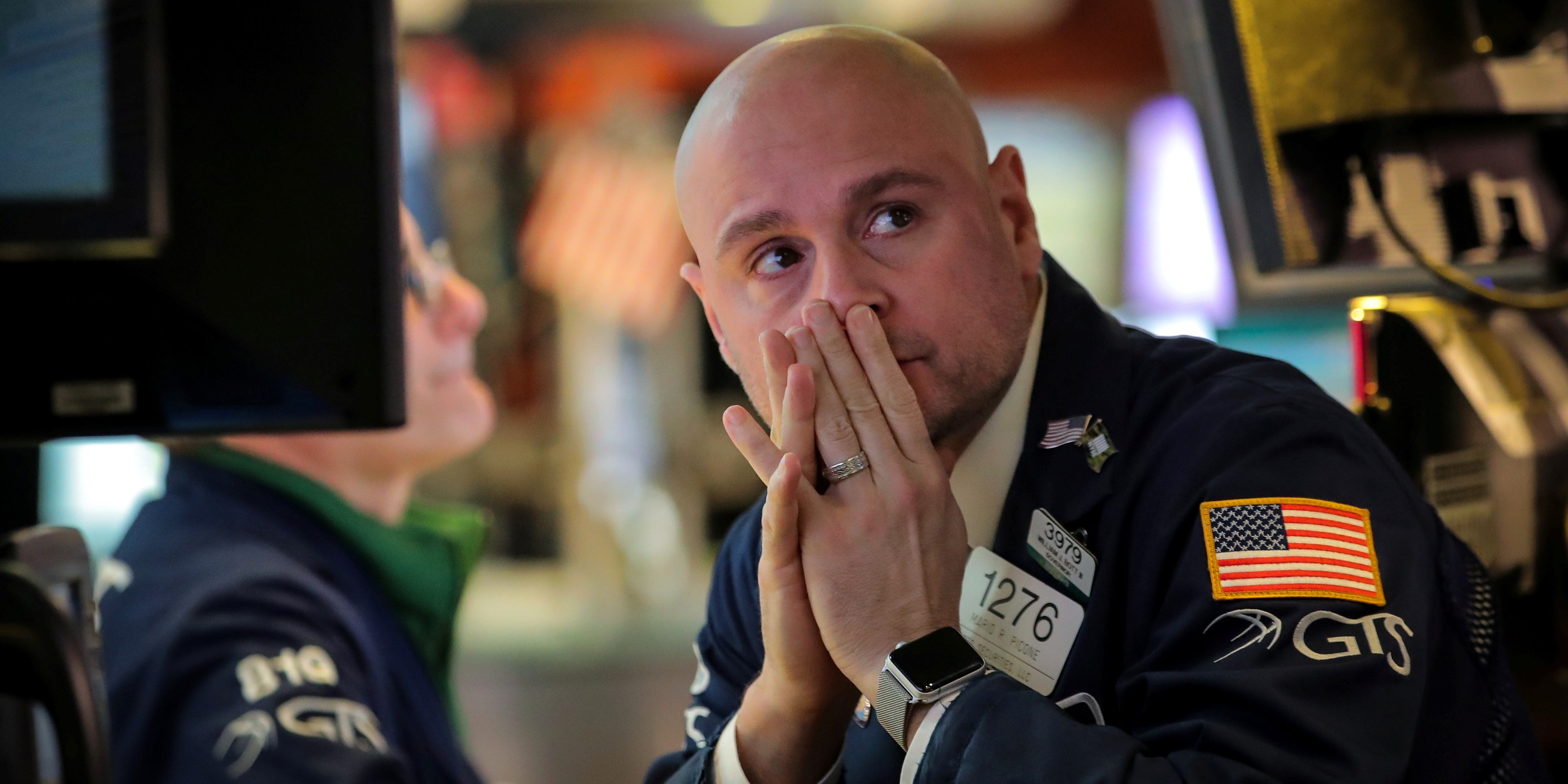 US stocks sank Thursday as yet another week of dismal jobless claims data offset a new round of emergency stimulus from the European Central Bank.

US jobless claims for the week that ended on Saturday totaled 1.9 million, the Labour Department said Thursday. That slightly exceeded the median economist estimate. Further, continuing claims – which reflect the aggregate number of Americans receiving unemployment benefits – were 21.5 million, more than economists expected and an increase from the previous week.

“This is a terrible number, but weekly jobless claims have been on the decline over the past few weeks,” Mark Tepper, CEO of Strategic Wealth Partners, told Business Insider. “The rise in continuing jobless claims is worrisome because it means people remained unemployed and didn’t return to work.”

Overseas, the European Central Bank increased its stimulus efforts to combat economic fallout from the coronavirus pandemic. The ECB pledged Thursday to add an additional $US676 billion to its emergency stimulus efforts, stepping up its bond-buying program and bringing the total package to more than $US1.5 trillion.

Amid the fluctuations, the tech-heavy Nasdaq 100 surged to surged to an intraday record high. It’s the first major US index to erase all of its losses from the coronavirus-induced market rout.


Read more:
‘I’m buying the property with 100% of other people’s money’: Here’s the creative real-estate-investing strategy Josiah Smelser used to complete almost $US4 million in deals over the last 12 months

On the initial public offering front, Warner Music Group – which just completed the largest US IPO this year – slid roughly 3% in its second day of trading. ZoomInfo skyrocketed as much as 100% in its first day of trading.

Oil prices slid as traders amid speculation that an upcoming OPEC+ meeting won’t take place. The nations involved were expected to discuss a possible extension of production cuts.West Texas Intermediate crude fell as much as 2.4%, to $US36.38 per barrel. International benchmark Brent crude sank 1.9%, to $US39.04 per barrel, at intraday lows.

The US government will release the May jobs report on Friday. Economists expect it to show that unemployment spiked to nearly 20% in the month, the highest since the 1930s, as the economy erased 8 million jobs.


Read more:
‘The system is not built to look after us’: A former political consultant who retired at 38 shares her simple, ‘non-budget’ approach to mastering and growing wealth