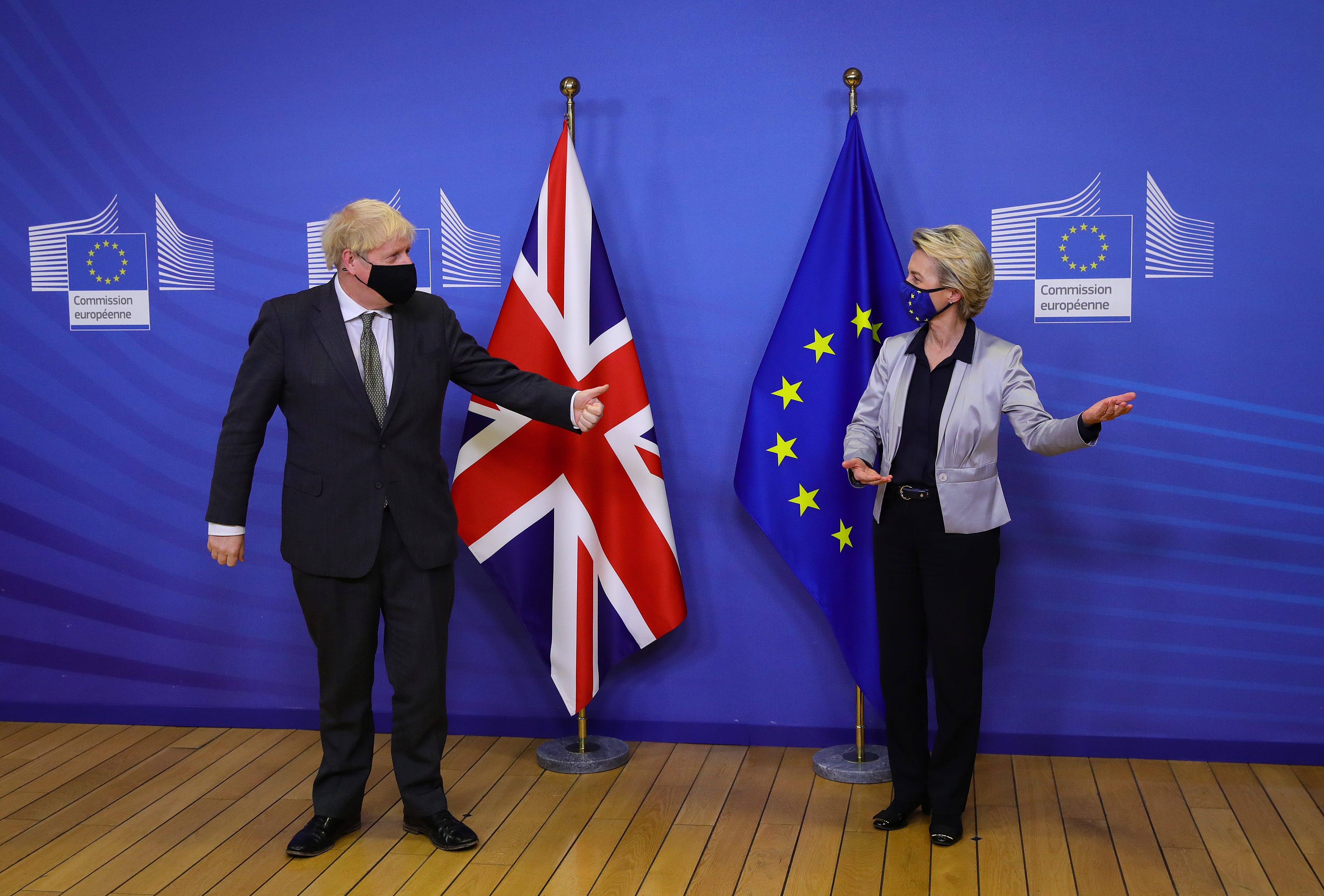 Global shares rose and the British pound neared its highest since mid-2018 on Thursday, lifted by the prospect of an imminent announcement of a deal between the UK and European Union on Brexit, with just one week to go before the two part ways.

Talks between UK and EU negotiators ran throughout the night and the BBC reported that the prime minister, Boris Johnson, is due to speak to the European Commission president, Ursula von der Leyen, on Thursday morning. Johnson was due to hold a press conference to announce a deal later in the day.

The MSCI All-World index rose 0.4%, edging towards last week’s record highs, while US stock futures rose by around 0.1%, suggesting a small rise at the start of trade later on.

The pound, meanwhile, rallied broadly, gaining against most major currencies. Against the dollar, sterling rose 0.7% to around $US1.3593, close to its highest since early May 2018. Against the euro, the pound rose by 0.65% to 89.97 pence, its strongest since early December.

Sterling tumbled at the start of the week, after the emergence of a new, more contagious strain of COVID-19 in Britain that triggered a wave of tougher lockdowns right before the holidays. A ban on arrivals from the UK in at least 40 different countries has also been implemented.

“The announcement by Santa-Boris comes in the nick of time. Still, it leaves the UK isolated internationally due to Covid-19, with thousands of trucks marooned on each side of the English Channel, and follows more of England’s regions being moved into a hard tier-4 lockdown,” OANDA analyst Jeffrey Halley said.

“With Christmas in England starting to resemble one reminiscent of the wartime blitz, it is perhaps not surprising that sterling’s bullish reaction is underwhelming,” he added.

From Wall Street heavyweights to boutique investment firms, we break down what 7 fund managers and market strategists think about Brexit as the ‘midnight hour’ approaches

The FTSE 100 was trading almost unchanged on the day, hampered by the strength of the currency, while most major blue-chip indices in Europe rose more sharply, with the DAX up 1.3% and the STOXX 50 of top eurozone shares up 1.2%. The UK market closes at 1230 GMT for the Christmas holidays.

“To some extent, the devil will be in the detail, yet markets and the pound are likely to celebrate almost any type of agreement that avoids a no-deal scenario,” analysts at IG said.

Since the British government put UK membership of the EU to a public vote in June 2016, the pound has fallen by around 8% against the dollar and roughly the same amount against the euro.

In that time, the FTSE 100 has risen by around 4.7%, aided in part by the decline in the pound, given that the components of the index are export-intensive and benefit from a weaker currency.

In addition to the uncertainty over Brexit since the UK formally left the EU on January 31 this year, Britain has, like most other countries, had the COVID-19 pandemic to handle. The UK was the first country in the world to approve a vaccine against the virus. However, it also has the highest death rate in Europe, with nearly 70,000 fatalities. Most of the population is living under the toughest lockdown conditions.

Read more: A top equity portfolio strategist at Goldman Sachs shares his four essential ESG trends that you need to be thinking about