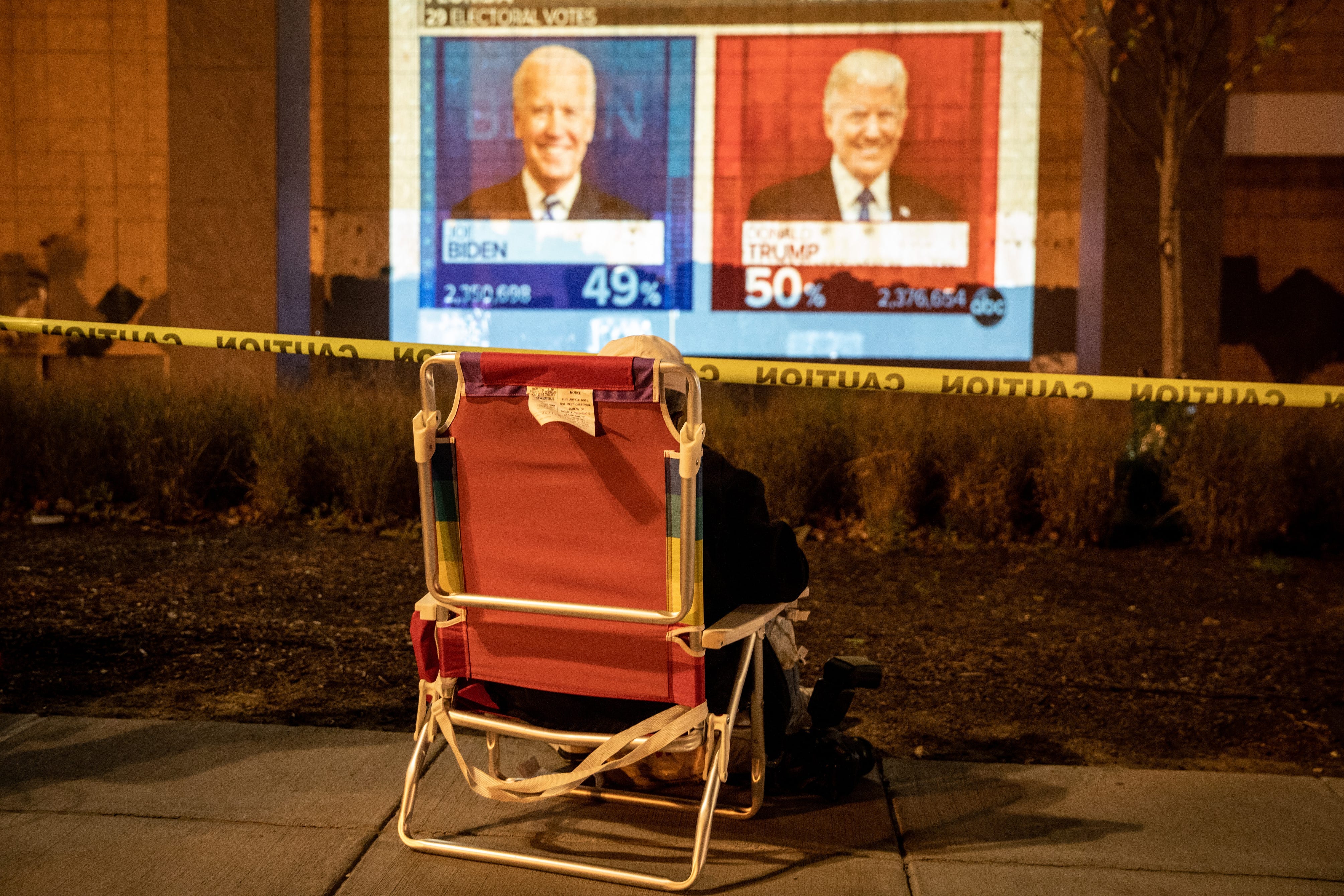 Global equity markets pared gains on Wednesday, after President Donald Trump said he would ask the Supreme Court to stop all vote counting in a hotly contested election and effectively declared victory, despite the results in a number of states being as yet unavailable.

Trump falsely claimed on Twitter earlier in the day that Democrats had stolen the election, as was widely expected, given he had frequently said, in the run-up to the vote, that there would be mass fraud with mail-in ballots. The count so far showed Democrat opponent Joe Biden marginally ahead, based on electoral college votes.

“We are going to win this and, as far as I’m concerned, we already have,” he told his base at his campaign headquarters and added he would go to the Supreme Court to stop vote counting.

“It can be argued that the language from both sides could be building towards contesting the election if the results are close. This too would likely erode risk appetite and support the greenback,” strategists at Rabobank said.

The MSCI All-World index was still up 0.9%, having risen earlier by as much as 2%, while US and European stock futures reversed course and fell sharply, and Asian equity markets pared gains.

“Given that the risk of a contested election is higher than priced by the market â€” and that US equities sold off 8% while the Supreme Court decided what to do with the Florida recount in 2000 â€” our overall bias is that risk assets and risk-sensitive currencies will remain vulnerable this week,” ING strategist Chris Turner said.

Futures on US benchmark indices fell, reversing earlier losses, while futures on the VIX volatility index spiked. Futures on the the S&P 500, the Dow Jones and the small-cap Russell 2000 fell between 0.8 and 3.4%, while those on the Nasdaq 100 were still up 0.9%, having earlier risen by almost 3%.


Bond king Jeff Gundlach predicts a Trump win, but with ‘far less conviction’ than in 2016. He and famed economist David Rosenberg share their picks for the best and safest areas to invest in a post-election world.

The dollar swept higher, gaining particularly against emerging-market currencies that are more sensitive to trade with the United States, such as the Mexican peso and the Chinese yuan, which briefly hit one-month lows against the US currency.

“One of the few things clear so far is that we are not going to see a Democrat landslide win as polls had suggested. That has wrong-footed an FX market which was positioned for some clarity. ING’s Chris Turner said.

The peso fell to its lowest against the dollar in a month, falling by around 2.5% on the day, while the offshore yuan dropped 0.5%

Blue-chip shares in Asia rose fairly broadly, but investors brought benchmark indices off session highs after Trump’s comments. Japan’s Nikkei remained the strongest performer, up 1.7% thanks to the weakness in the yen, while Seoul’s KOSPI rose 0.8%. Chinese and China-sensitive indices were more muted. The Shanghai Composite was up 0.2%, while Australia’s S&P/ASX 200 fell 0.1%.

Treasury yields dropped along the curve, making the 10-year note one of the best-performing assets of the day so far. The 10-year note was last at 0.803%, down 7 basis points, in its largest one-day fall in five months.