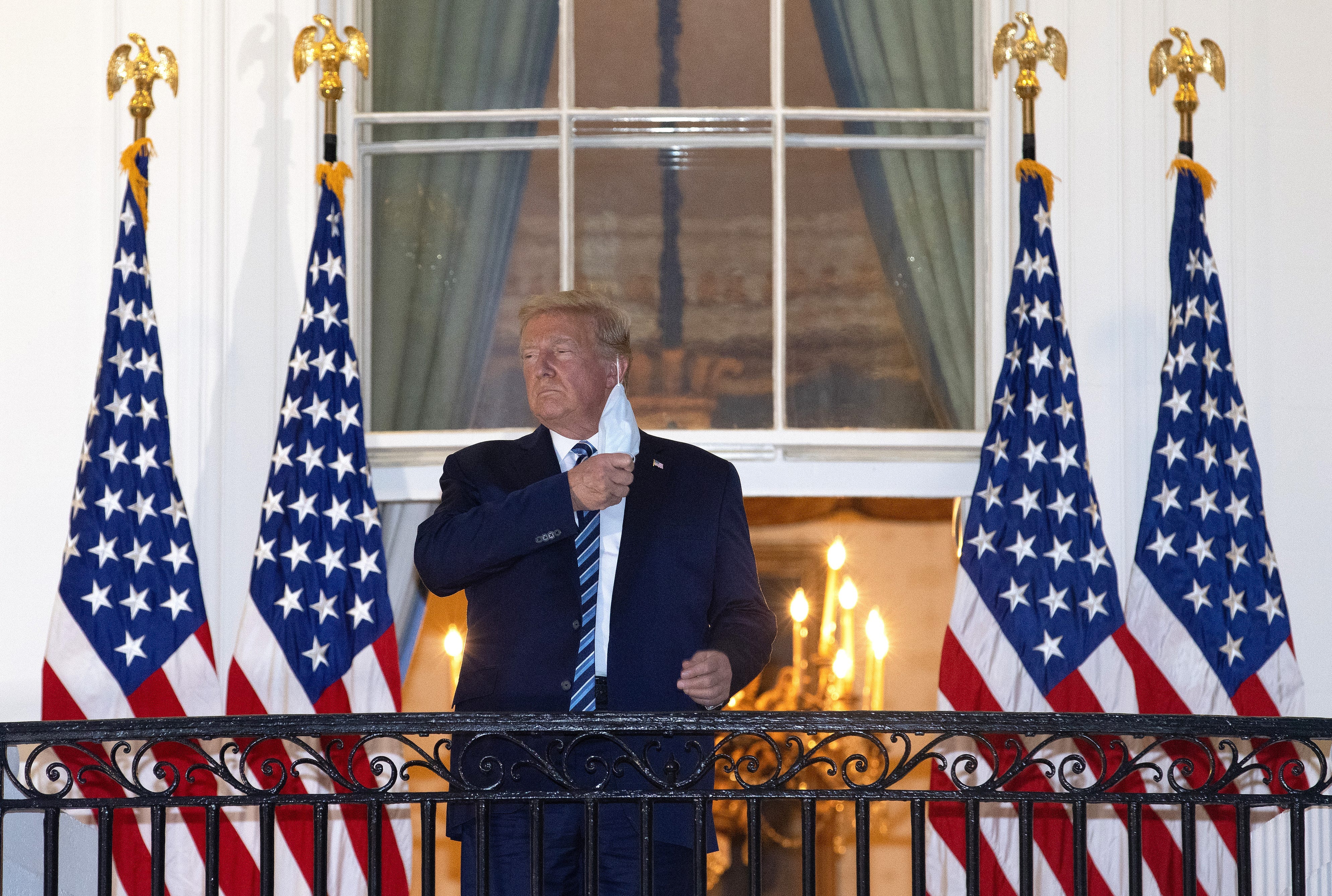 US stock futures and the dollar pared gains on Tuesday, as the boost to investor risk appetite from US president Donald Trump’s discharge from hospital the previous day faded and concern over the risk stemming from the upcoming election, as well as the outlook for the economy, reasserted itself.

Trump left the Walter Reed military hospital on Monday after spending three days there to receive treatment for COVID-19.

News of the president’s return to the White House prompted a rally across all risk assets, with stocks gaining more than 2%, while oil posted its largest one-day rally in five months.

But by Tuesday morning in Europe, much of this boost had faded. Futures on the S&P 500, and the Nasdaq 100 fell between 0.1 and 0.4%, pointing to a weaker start on Wall Street later, after Monday’s gains of around 2% in all three indices.

“We saw a rebound at the beginning of the week, when people started thinking maybe this was not so much of an issue, and now we’re back to all of the question marks that were there before, plus the fact that Donald Trump still has the virus and for all the fact that he said he was fine â€¦ the risk is certainly still there and then of course you have election coming up,” IG markets strategist Joshua Mahony said.

In Europe, blue-chip benchmarks were mostly in the red, with the FTSE 100, DAX and Amsterdam’s AEX down between 0.3 and 0.6%, as investors booked profits in technology and healthcare stocks.

Asia-Pacific indices rallied sharply overnight, echoing the steep gains on Wall Street, boosting the S&P/ASX 200 by 0.4%, the Nikkei by 0.5% and the Hang Seng by 0.7%. Mainland Chinese markets were closed for the Golden Week public holiday.


The space industry will grow by over $US1 trillion in the next decade, says Bank of America. Here are the 14 stocks best-positioned to benefit from the boom.

The dollar eased against traditional safe-haven currencies such as the Japanese yen and the Swiss franc, losing around 0.1% against both, but gained versus more risk-linked currencies, such as the Australian dollar, which fell by 0.4% and the Mexican peso, which lost 0.6%.

With the dollar index holding almost unchanged on the day, gold eased by 0.3% to $US1,913 an ounce, while silver lost 0.5% to trade around $US24.25 an ounce, as investors cashed in on the previous day’s gains.

Oil, meanwhile, held on to Monday’s gains and rallied further, aided in part by a push into risk assets, but also by the prospect of a rapid decline in supply, as a strike unfolded among Norwegian oil employees and US oil companies evacuated workers from rigs in the Gulf of Mexico ahead of the arrival of Hurricane Delta.

Analysts said they did not think the strength in the oil price would be long-lived.

“Even if oil prices do continue to rally this week, I would caution about getting sucked into a false dawn,” Jeffrey Halley, a senior market analyst at OANDA, said. “Extraneous factors are lifting oil prices, with nothing structurally changed on the supply-demand equation for global markets.”

Investors are betting more heavily that Democrats and Republicans will reach an agreement on a new round of stimulus for American households, as the coronavirus pandemic, which has killed over 200,000 and rendered 13 million people unemployed in the United States alone, continues to impact the economy.

Democrat House Speaker Nancy Pelosi and US Treasury Secretary Steve Mnuchin have held several conversations over the last few days and, while a definitive deal is still not in the bag, the two have agreed that additional aid will include lifelines for the airline industry and direct payments to households.

US Treasuries steadied after Monday’s sell-off that lifted yields by almost a basis point, the largest one-day rise since March. The return of risk appetite was reflected most clearly in longer-dated Treasury bonds, with the 30-year yield rising to its highest since June.

“Growing expectations for US fiscal stimulus have been rising in parallel with the president’s hospitalisation, judging by the bear steepening in the US Treasury curve,” AxiTrader chief markets strategist Stephen Innes said, referring to the widening gap between 10- and 30-year yields, which reflects a growing expectation among investors that shorter-term borrowing rates will be kept low through more stimulus.