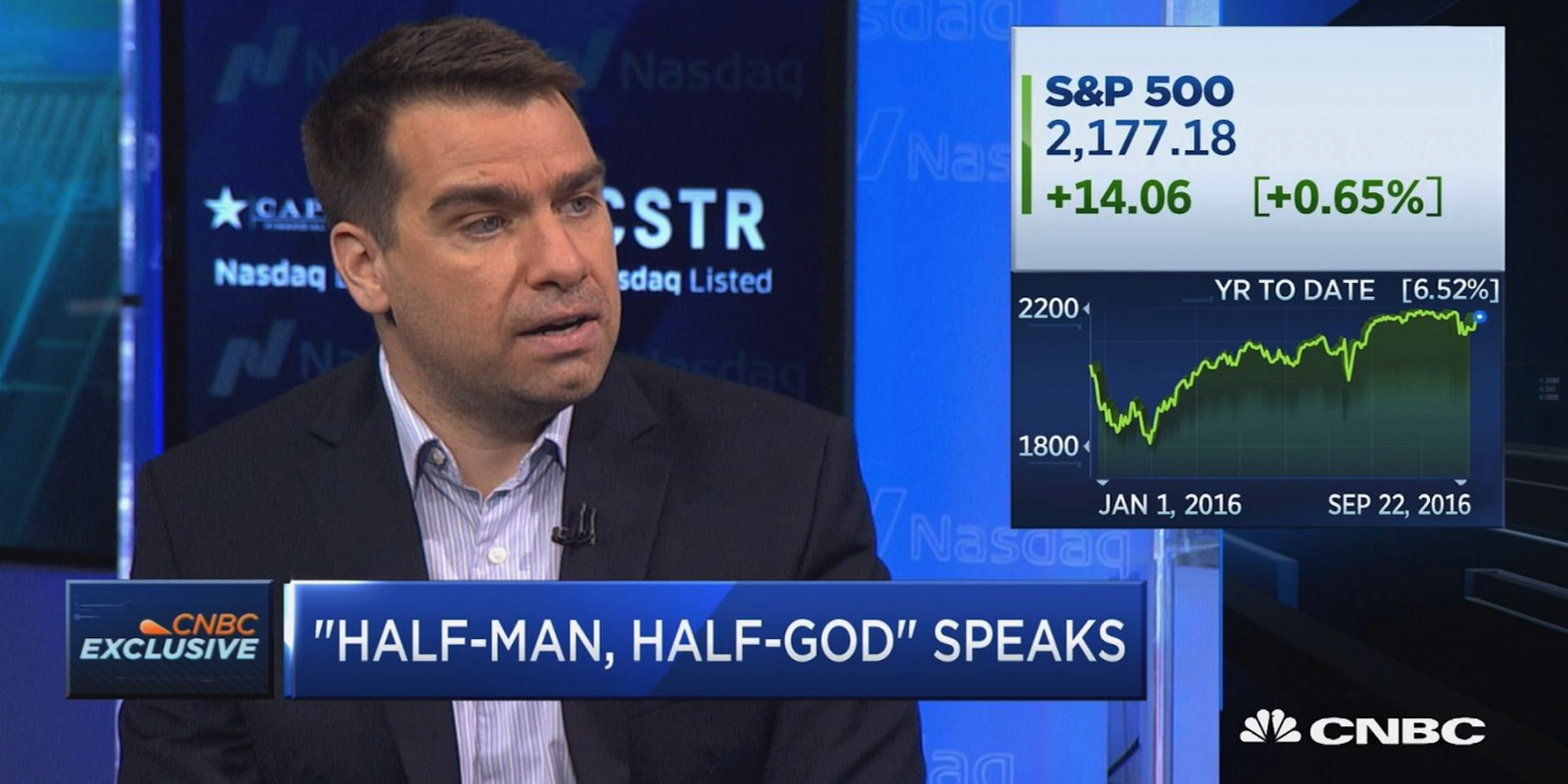 With 63 days left until the US presidential election, JPMorgan is advising clients to prepare for a closer race than some expect.

President Donald Trump’s trailed Democratic presidential nominee Joe Biden by as much as 25 points earlier in August, yet his odds of winning reelection have crept higher following last week’s Republican National Convention. The shift left investors fearing that their pricing-in of a Biden administration could have been premature.

Trump’s slump and subsequent resurgence is tied to recent protests and a widespread bias in polls, Marko Kolanovic, head of macro quantitative and derivatives research at JPMorgan, said in a Monday note. Academic research tracking peaceful and violent demonstrations’ effects on elections from 1960 to 1972 show peaceful, pro-Democrat demonstrations aiding Democrats by 2% to 3%, the bank cited. Yet violent pro-Democrat protests aided Republicans by 2% to 8%.

Should the overall perception of current protests turn from peaceful to violent, Kolanovic says investors can plan for a five- to 10-point shift in polling from Democrats to Republicans.

“The impact of protest violence on the 2020 elections may be even larger,” the strategist wrote, citing “the broad online availability of violent footage (everybody can record and share in real time), but also the ability to influence social media to amplify this message.”


Read more:
US Investing Championship hopeful Matthew Caruso landed a 382% return in the first half of 2020. He shares the unique twist he’s putting on a classic trading strategy – and 3 stocks he’s holding right now. 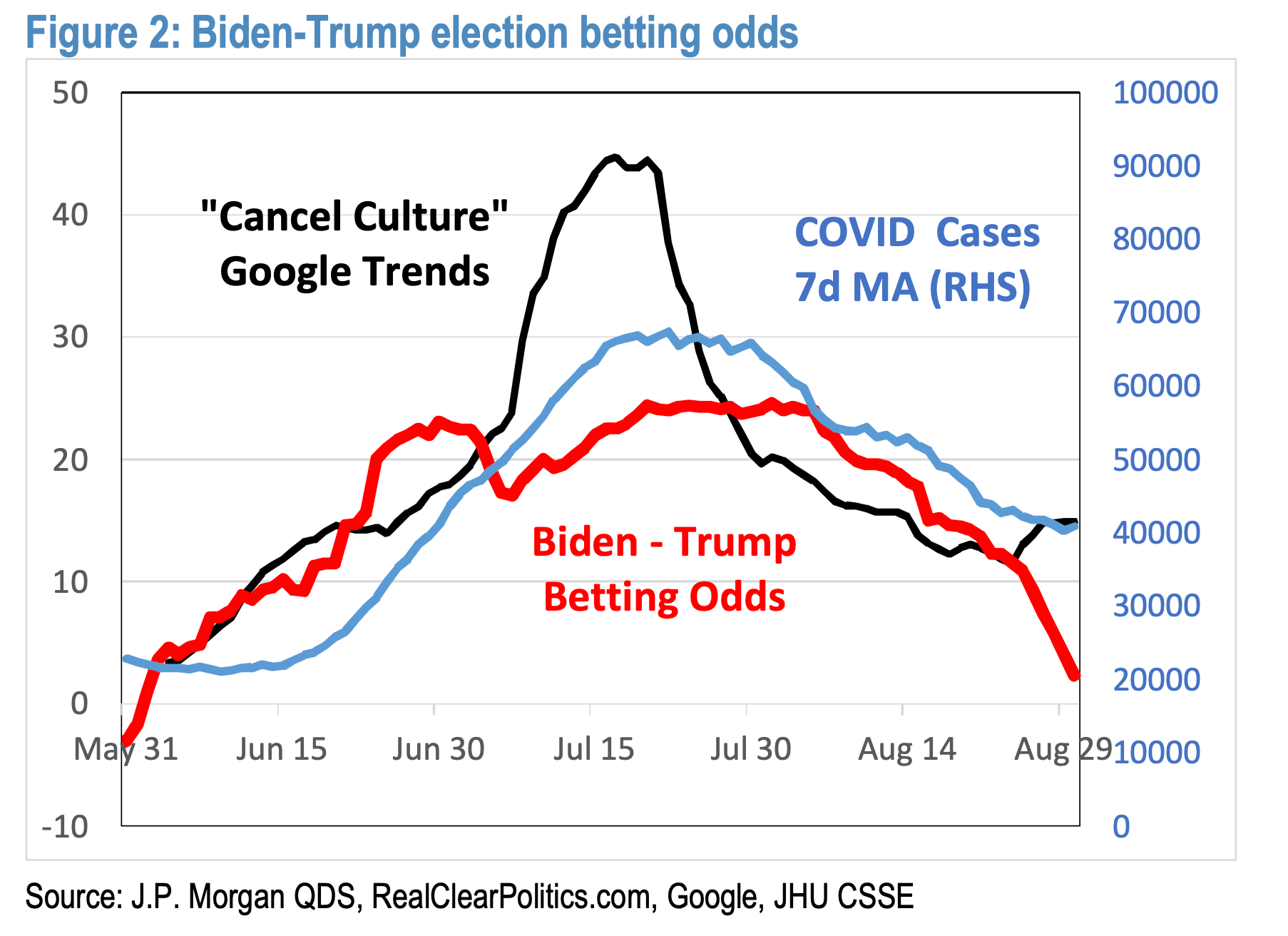 Separately, the disparity in voters’ reported honesty in polls could be painting a disingenuous picture of Trump’s reelection odds, the bank said. A recent study found roughly 10% of Trump voters are likely to not be honest in polls, while just 5% of Biden voters said as much. Kolanovic said the trend shouldn’t surprise investors, “given the liberal trend of ‘cancel culture.'”

“We find that this ‘cancel culture’ effect could artificially skew polls in favour of Biden by 5-6%,” he wrote.

Unless Democrats pivot in their stance on demonstrations, Kolanovic sees momentum favouring Trump in upcoming polls. Such a trend could boost companies that benefited most from Trump’s policies, the bank said.

Most investors remain positioned for a Biden win, so clients should review their balance of momentum versus value, cyclical stocks versus tech names, and exposure to ESG trends before the candidates’ polling gap closes further, Kolanovic added.