Wall Street optimism is close to flashing its first sell signal since 2007, Bank of America says 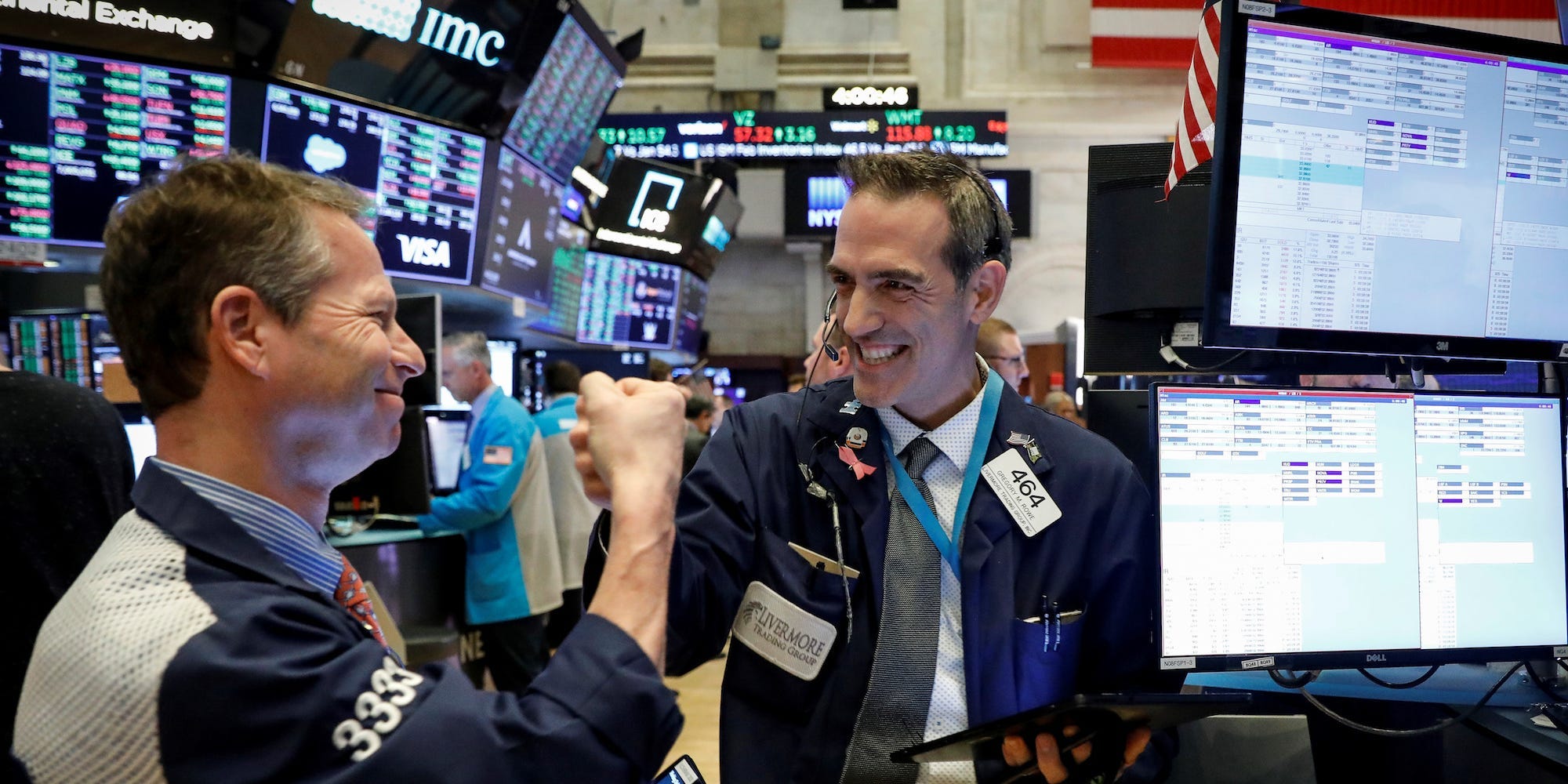 That overwhelming bullishness could be the very thing that undoes the record-setting rally, according to strategists led by Savita Subramanian. Bank of America’s Sell Side Indicator, which tracks average recommended stock allocation by Wall Street strategists, rose to 59.2% from 58.4% in February. The gauge stands near its highest point in a decade and is 1.1 points from issuing a “sell” warning.

Such a signal was last given was in June 2007. Stock returns averaged negative 13% on an annualized basis in the years after the “sell” threshold was last crossed, the strategists said in a note.

The indicator sits in “neutral” territory for now, but the elevated optimism suggests muted stock-market returns over the next 12 months. The gauge’s level projects returns of just 7% through the next year, less than half of the 16% average forecast since the Great Recession.

Rising Treasury yields and elevated valuations also suggest stocks are poised to decline, the team said. While yields have declined from a peak of 1.614% last week, a climb to 1.75% would mark a “tipping point” for asset allocators to shift cash from stocks to bonds. And stocks’ stretched price-to-earnings multiples indicate below-average annualized returns of 5%, according to the bank.

Those still planning to stay in the market should bet on sectors “tethered to the real economy,” the strategists said. Cyclical, value, and small-cap stocks are more likely to outperform as the economy reopens. Conversely, the growth stocks that led last year’s upswing should be avoided, the team added.

Read more:
GOLDMAN SACHS: Buy these 30 stocks that are set to keep surging as economic acceleration and inflation continue to lift interest rates