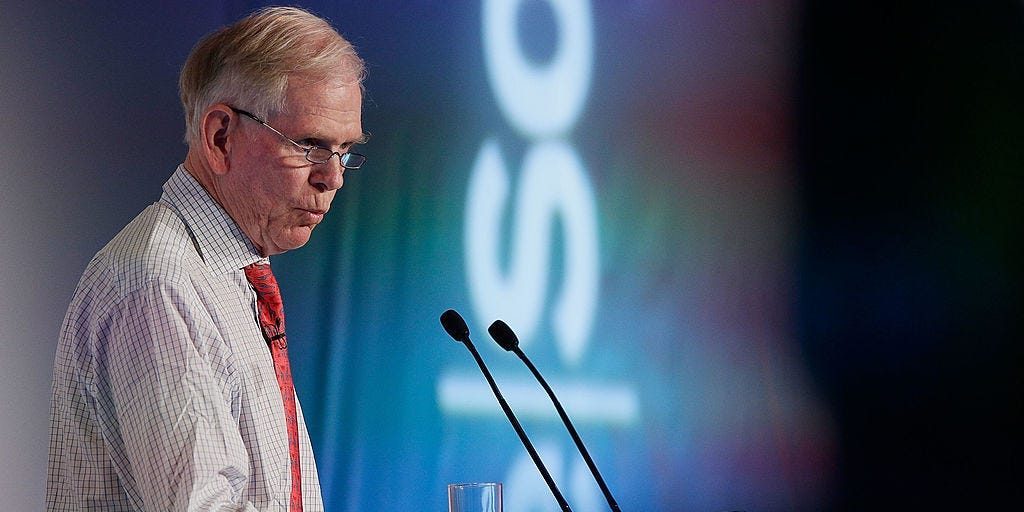 Legendary investor Jeremy Grantham told CNBC on Thursday he’s certain the stock market is in a bubble following its “powerful, rapid, and, in many areas, truly crazy” rally from March lows.

“The more spectacular the rise and the longer it goes, the more certainty one can have that you’re in the ‘Real McCoy’ bubble,” the cofounder and chief investment strategist of asset management firm GMO said.Grantham initially expressed his bubble fears to CNBC in June, when he told investors to have zero exposure to US equities and said he may be witnessing the fourth major market bubble in his career. The S&P 500 has gained roughly 14% since his call, and Grantham said this and “crazy behaviour” from investors is only furthering his certainty that the US is in a bubble. “You want to see not just the market rise, but if anything, an acceleration. And the rate of market rise, since the turn in March/April, has been nothing sort of sensational,” said the investor. Grantham also said that the stock market has its own “psychological node” and behaves independently from economic realities.

A successful vaccine or a second fiscal stimulus in the US won’t change the fact that the stock market is in a bubble, he added.


Read more:
Peter Lynch disciple William Danoff manages over $US124 billion and has beaten the market for 30 years. He shares the 10 investment rules that ensured his success.

Grantham’s successfully called three market bubbles in the past: Japan’s asset-price bubble in 1989, the dot-com bubble in 2000, and the housing crisis in 2008. On Thursday, he said 12 months would be a “stretch” for the bubble to continue inflating, while 24 more months of rising prices would be “extremely unlikely.” “I’ve never had any allusions about my ability to time the bubble breaking, I have a very low definition of success,” said Grantham. “It’s just sooner or later, the market will be lower than the point at which I suggested you should get out.” He added that low risk-free rates from the Federal Reserve have pushed up the prices of assets. “The one reality you can never change is that a higher-priced asset will always produce a lower return than a lower-priced asset. You can’t have your cake and eat it. You can enjoy it now, or you can enjoy it steadily in the distant future, but not both. And the price we will pay for having this market go higher and higher is a lower and lower 10-year return from the peak,” the investor said.