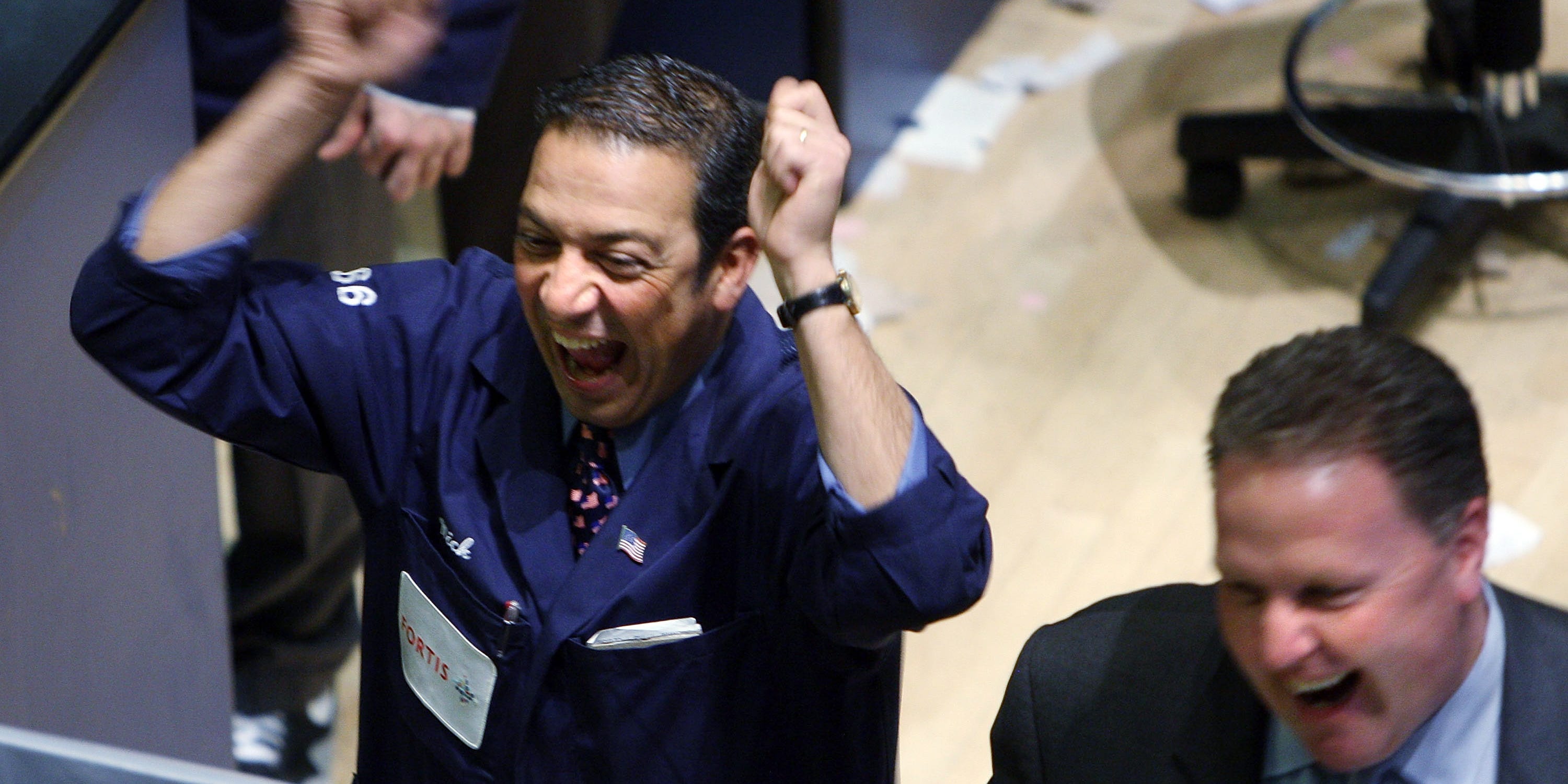 US equities surged for the second straight day as day-traders dumped recent favourites and the market erased more of last week’s losses.

Stocks recently boosted by an army of casual investors slid as profit-taking finally caught up with their unprecedented rallies. GameStop, AMC, and BlackBerry all traded lower, though not harshly enough to erase their steep uptrends. Traders in the Wall Street Bets subreddit urged members to keep holding shares, but brokers’ trading restrictions and concerns about the bubble bursting have driven selling.

Read more:
GOLDMAN SACHS: Buy these 35 stocks that are unruffled by GameStop mania and set to rally as the economic recovery gains speed

Financials and industrials led the session. Real estate and health care stocks underperformed. All 11 sectors in the S&P 500 gained into the close.

Stocks were also lifted by signs that the worst stage of the coronavirus pandemic is abating. Daily new cases have fallen to their lowest since early November, and hospitalizations have trended lower in recent weeks. Vaccinations have accelerated, suggesting the country could be on its way to a reopening.

Still, some firms warned the market’s steady climb and surrounding exuberance could preview a sell-off. Sentiment indicators are currently hinting at “dangerous optimism” in the market that hasn’t been seen since just before the financial crisis, Bank of America strategists said in a note to clients.

Earnings season charges on after the close with Google’s parent,Alphabet, and Amazon set to report quarterly figures. The companies’ large weightings in benchmark indexes mean their reports could drag the broader market lower on Wednesday or extend the week’s rally.

Pfizer,UPS, and Exxon Mobil all climbed after reporting earnings ahead of the market open.


Read more:
The investing chief at a $US200 million hedge fund that earned 300% on its Bed Bath & Beyond trade breaks down why the GameStop mania is ‘just the beginning’ â€” and shares another stock he believes will similarly spike

Virgin Galactic erased early gains and tumbled as investors sold off from Monday’s rally. The company said yesterday that it will conduct a rocket-powered trial as early as February 13.

Bitcoin breached $US36,000 in the afternoon after trading below the $US34,000 support level for much of the weekend. The popular cryptocurrency has regained some momentum in recent sessions following its late-January slide below $US30,000.

Spot gold slid 1.7%, to $US1,829.62 per ounce, at intraday lows. The US dollar wavered and Treasury yields gained slightly.

Oil prices climbed. West Texas Intermediate crude jumped as much as 3.2%, to $US55.26 per barrel, its highest level in a year. Brent crude, oil’s international benchmark, gained 3%, to $US58.05 per barrel, at intraday highs.


The GameStop mania driven by Reddit traders isn’t simple market trolling. It’s a populist movement threatening to disrupt the financial system to a degree Occupy Wall Street only dreamed of.