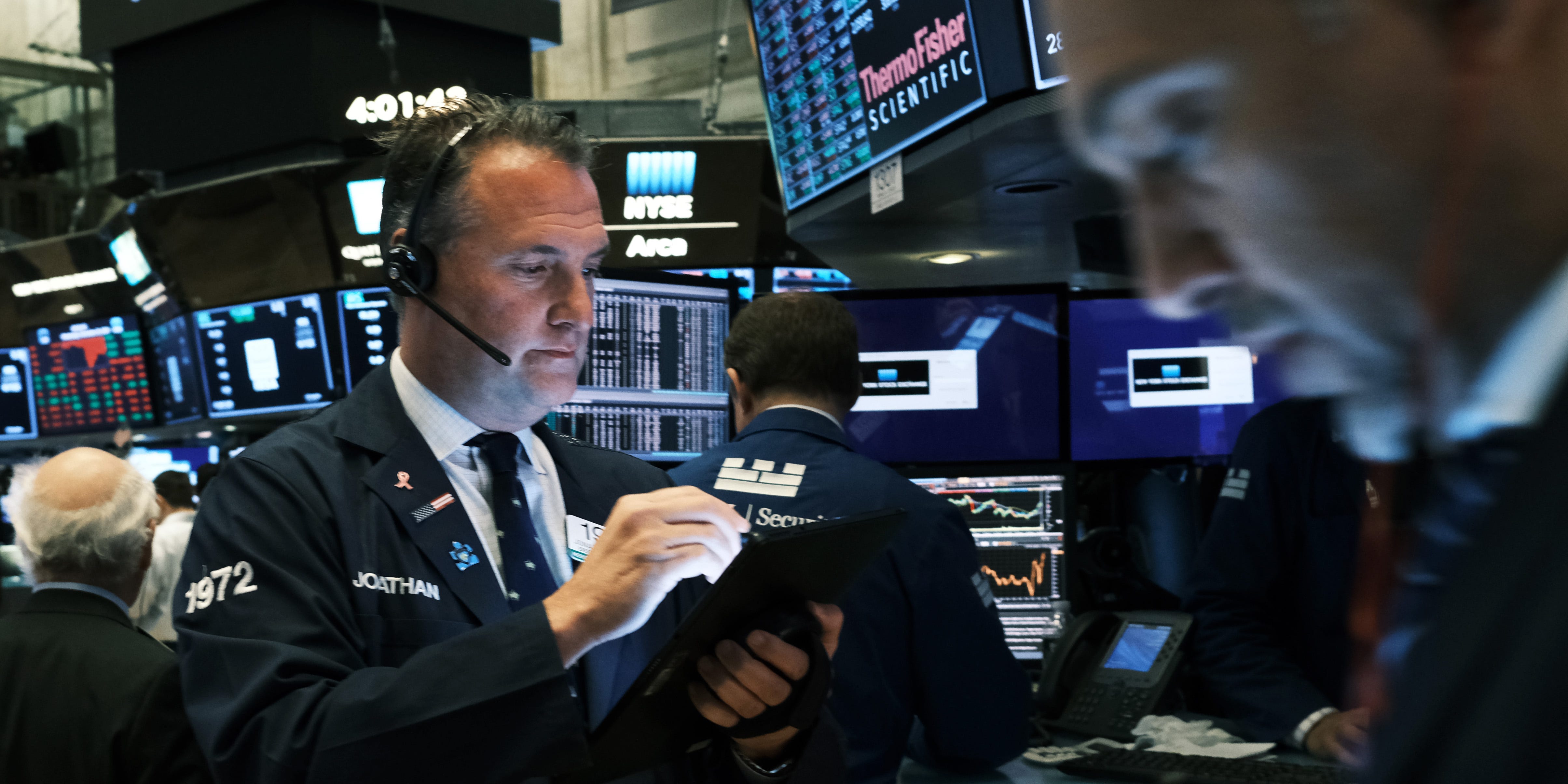 Spencer Platt/Getty ImagesTraders work on the floor of the New York Stock Exchange (NYSE) on November 20, 2019 in New York City
US stocks were mixed on Monday with tech stocks pulling back over valuation concerns while investors weighed what rising yields could mean for inflation.

Fundstrat’s Thomas Lee says the case for cyclical stocks within energy, industrials, consumer discretionary, materials, and financials is strengthening as coronavirus cases fall and the US economy begins to re-open.

Shares of Churchill Capital IV spiked as much as 19% on Monday after a Bloomberg report said a merger with the electric-vehicle maker Lucid Motors could come as soon as Tuesday. The report follows weeks of rumors that special-purpose acquisition company Churchill would merge with Lucid.

Famed Reddit trader Keith Gill has increased his stake in GameStop, according to a screenshot he posted to Reddit on Friday. Gill, who goes by Roaring Kitty on YouTube and Twitter and DeepF—ingValue on Reddit, now owns 100,000 shares of the video-game retailer, representing a double of his previous common share stake of 50,000 shares.

General Electric gained as much as 5.6% on Monday but Goldman Sachs predicts the stock could jump roughly 20% to $US15 ($19) per share. Analysts from the firm sat down with GE executives on Friday to discuss the company’s operations and financials. The analysts came away “encouraged” by free cash flow and power business momentum at the company.

Bitcoin tumbled as much as 17% on Monday after hitting a record above $US58,000 ($73,579) over the weekend, though Bitfinex CTO Paolo Ardoino says daily price movements are “more of a sideshow.”

“Today’s price movement may galvanize bitcoin’s many critics, including those who recently dismissed the leading cryptocurrency as an economic sideshow. Such criticism misses the point and the profound impact it is starting to have. For many of the battle-tested exchanges that have weathered the market fluctuations, volatility isn’t new and is to be expected in such a young market. For many in the industry, development and deployment is priority,” Ardoino said on Monday.