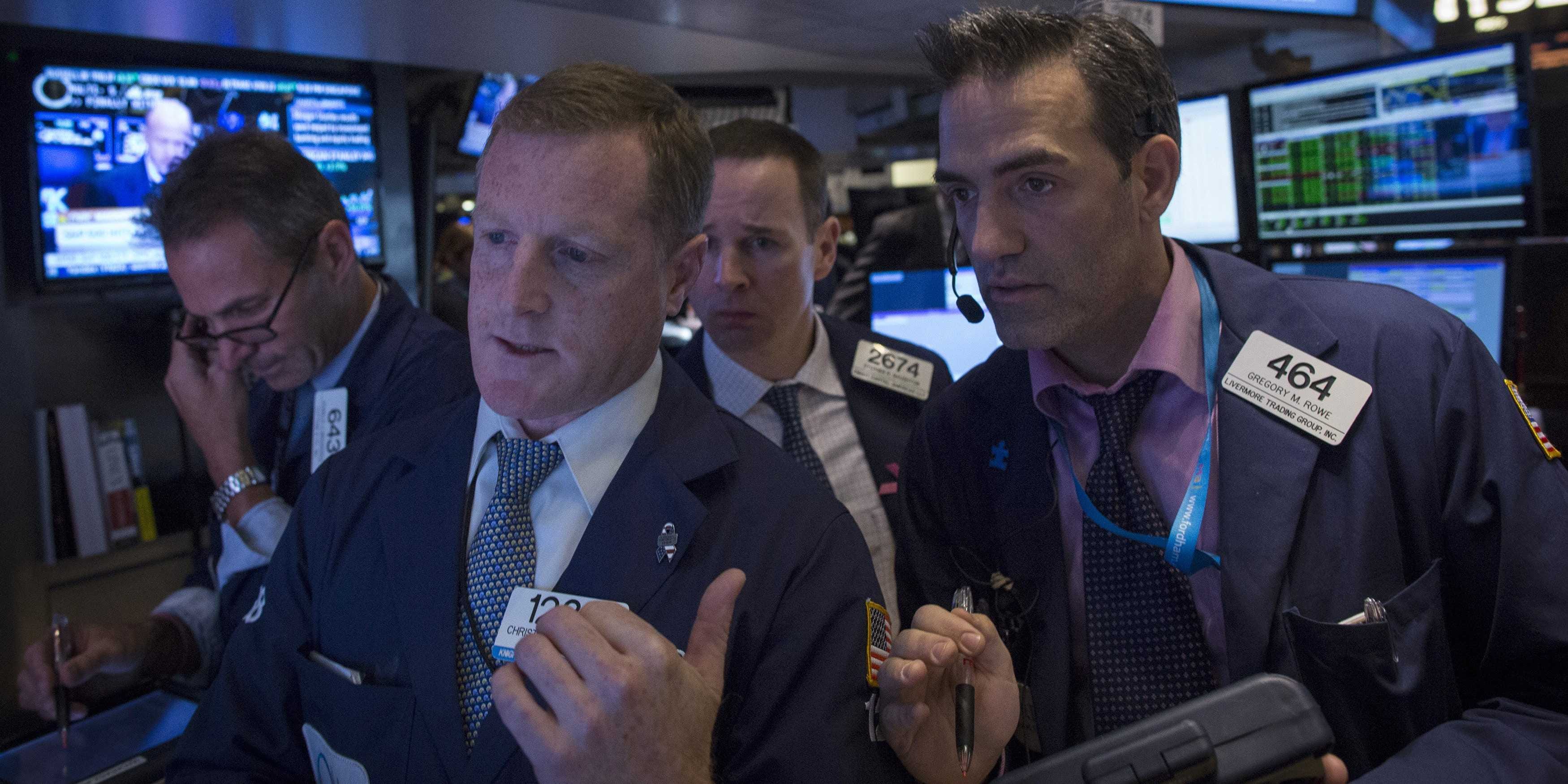 US equities climbed on Wednesday as investors waited for fresh updates on stimulus-deal progress.

House Speaker Nancy Pelosi and Treasury Secretary Steven Mnuchin blew past a 48-hour deadline on Tuesday and continue to iron out differences on a massive round of fiscal support. The two are slated to continue talks on Wednesday with hopes of reaching an agreement before the weekend.

White House chief of staff Mark Meadows told CNBC the administration and Democrats have made “good progress” recently but “still have a ways to go” before a deal is finalised. Pelosi told reporters on Tuesday she remains hopeful that a stimulus deal can be passed before Election Day.


Read more:
An investment chief overseeing $US229 billion breaks down 2 critical election-linked risks facing the market â€” and shares the smartest way to turn them both into profit opportunities

To be sure, disagreements on the bill are still significant. The White House recently upped its offer to a $US1.88 trillion measure, still coming in well below Democrats’ $US2.2 trillion package.

And even if a deal is reached, Senate Republicans have balked at the bills’ price tags and aren’t likely to bring either to a vote. Democrats blocked Republicans’ $US500 billion proposal in the Senate on Tuesday, leaving both parties trapped in stimulus limbo.

The tepid session follows a mild upswing in Tuesday trading after Pelosi’s encouraging remarks. Investors largely shrugged off the government’s antitrust lawsuit against Google and stayed hopes for a near-term stimulus breakthrough.


Read more:
The co-managers of a China-focused fund that’s returned 40% this year explain why nearly half their portfolio is in Alibaba and Tencent â€” and share 3 under-the-radar stocks they also love

Earnings season is only getting busier on Wednesday. Companies reporting quarterly figures include Tesla,Chipotle,Verizon, and CSX.

Spot gold gained as much as 1% to 1,926.35 at intraday highs. The US dollar sank against peers, and Treasury yields climbed.

Oil futures declined on reports that US crude stockpiles increased last week.West Texas Intermediate crude sank as much as 1.6%, to $US40.80 per barrel. Brent crude, oil’s international benchmark, fell 2%, to $US42.31 per barrel, at intraday lows.


JPMorgan says US election odds are narrowing, making a contested result that could hamper stimulus and hurt stocks more likely