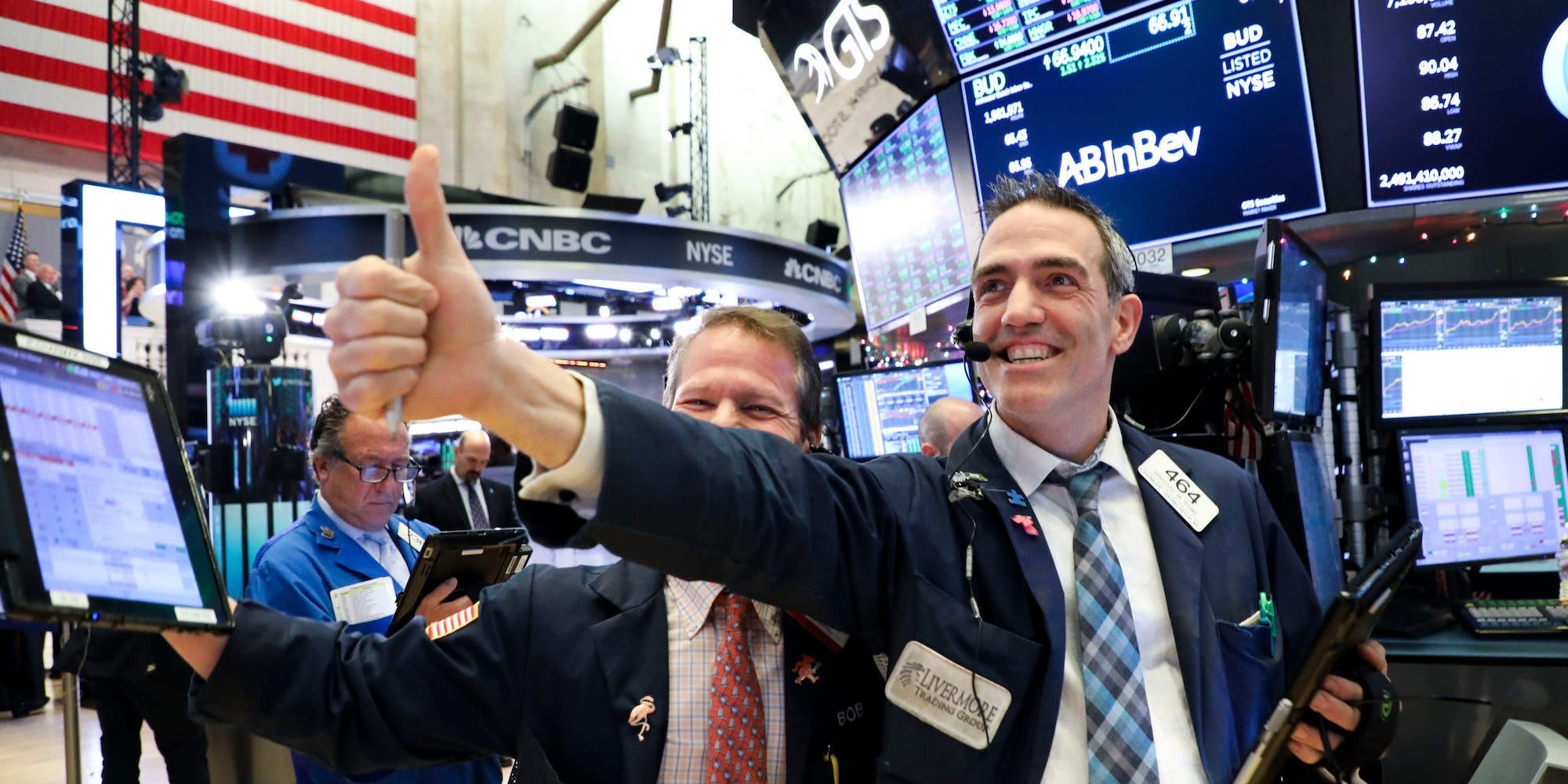 Xinhua/Wang Ying/ Getty Images
The Dow closed at record highs on Tuesday as a snowstorm that engulfed half the country led to an unprecedented spike in energy demand and prices. The S&P 500 and Nasdaq 100 traded slightly lower.

The energy sector soared as much as 3% on Tuesday as oil and natural gas prices continued higher on what seemed to be more snow in the forecast for much of the country this week.

Investor enthusiasm towards a reopened economy is also helping stock prices as daily COVID-19 cases continue to plunge while vaccination rates remain on the rise.

Read More: The CIO of a $US700 ($900) million crypto asset manager breaks down why Elon Musk’s gradual acceptance of bitcoin means the digital currency has room to run – and shares why it’s launching an over-the-counter fund

The rolling blackout helped drive a 10% spike in shares of Generac on Tuesday. The company develops, manufactures, and sells backup power systems like generators for homes and businesses.

Bitcoin surged past the key $US50,000 ($64,288) level on Tuesday, signalling that investors continue to be in a risk-on environment. Bitcoin mining equipment maker Canaan skyrocketed 41% on the back of the cryptocurrency’s move higher.

MicroStrategy is continuing its bitcoin buying binge, with plans to raise $US600 ($771) million from convertible debt to buy more of the cryptocurrency. Shares jumped 5% on the news.

Ark Invest is also benefiting from the rise in bitcoin prices. The investment management firm, founded by Cathie Wood, now owns more than 7 million shares in the Grayscale Bitcoin Trust.

US oil and natural gas prices surged on Tuesday as freezing weather hit more than half the country, with Texas residents suffering from rolling blackouts as its electricity grid was overwhelmed by the increased demand for energy.

Read more: A Ruffer portfolio manager invested a portion of his $US4.8 ($6) billion fund in Bitcoin. Here’s what swayed him to bet on crypto – and the 2 other ways he’s hedging against worrying speculative bubbles