US stocks gain as President Trump asks for $2,000 stimulus checks 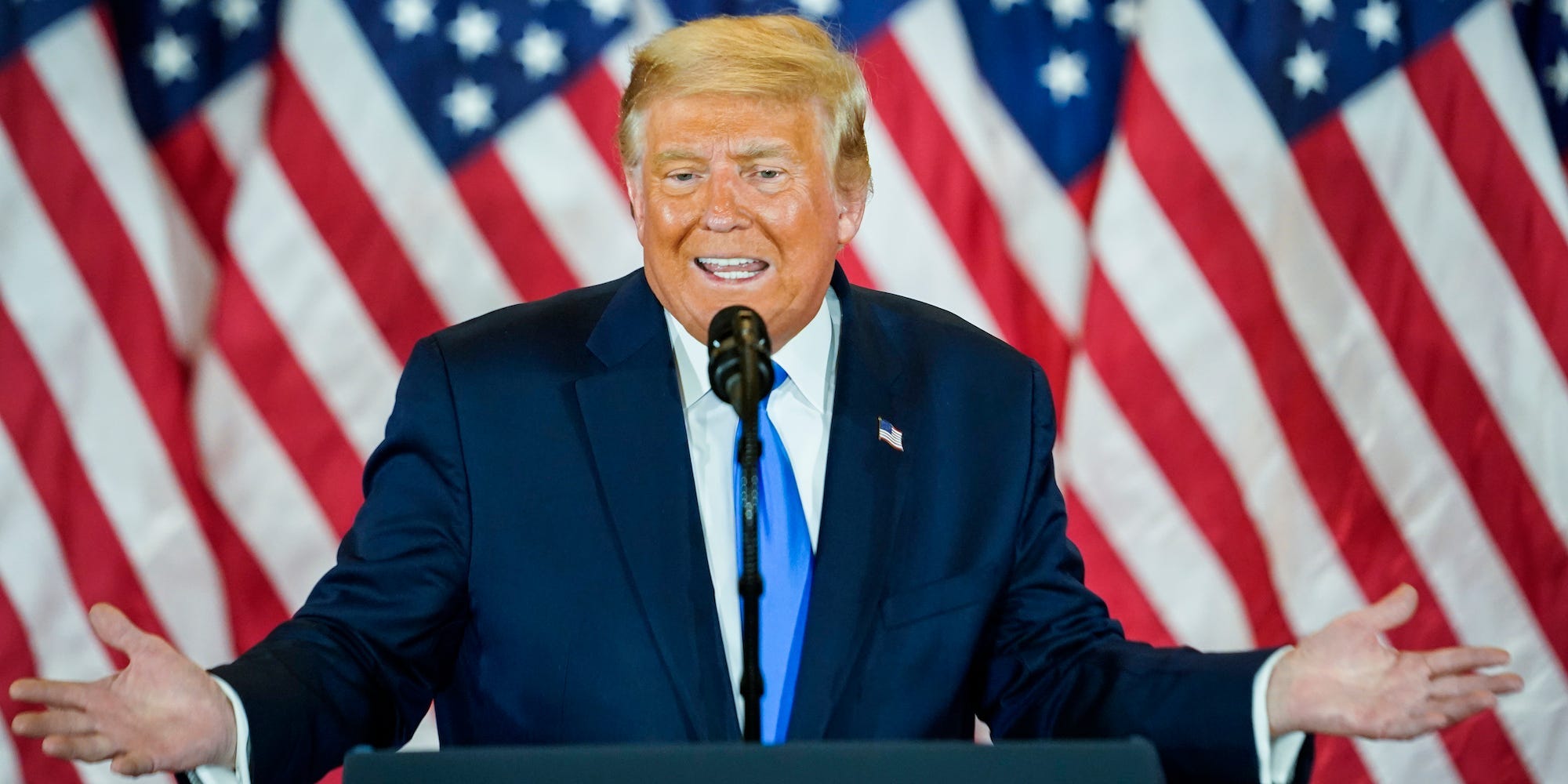 Jabin Botsford/The Washington Post via Getty ImagesPresident Donald J. Trump speaks during an election event in the East Room at the White House in the early morning hours on November 4, 2020 in Washington, D.C.

US stocks gained on Wednesday as President Trump asked Congress to increase the planned $US600 stimulus checks included in the upcoming coronavirus relief package to $US2,000.

In a video announcement on Tuesday, Trump signalled he may veto the stimulus deal passed by Congress this week, expressing disappointment in the small stimulus checks and other spending initiatives attached to the bill.

Democrats were on board with Trump’s request. House majority leader Nancy Pelosi responded by saying “Let’s do it!”

But chances of a quickly revised deal seem unlikely with a government shutdown fast approaching and most of Congress home for the holidays.

‘It could be a Roaring 20s that will end badly’: An equities chief who oversees over $US7 billion shares his investing playbook and major predictions for 2021 and beyond

Elon Musk revealed on Twitter that during the darkest days of Tesla amid the Model 3 ramp up, he reached out to Apple’sTim Cook about a potential deal between the two companies, but Cook wouldn’t take the meeting.

Ripple’s XRP token has fallen as much as 30% after the SEC filed a lawsuit against the cryptocurrency firm for running a $US1.3 billion unregistered offering.

Nikola fell as much as 12% after it ended a collaboration with Republic Services to develop and manufacture electric garbage trucks.


Read more:
A hedge fund chief who oversees $US2 billion breaks down why we’re in for a 61% stock-market crash over the next 18-24 months – and shares 3 types of companies he’s shorting right now