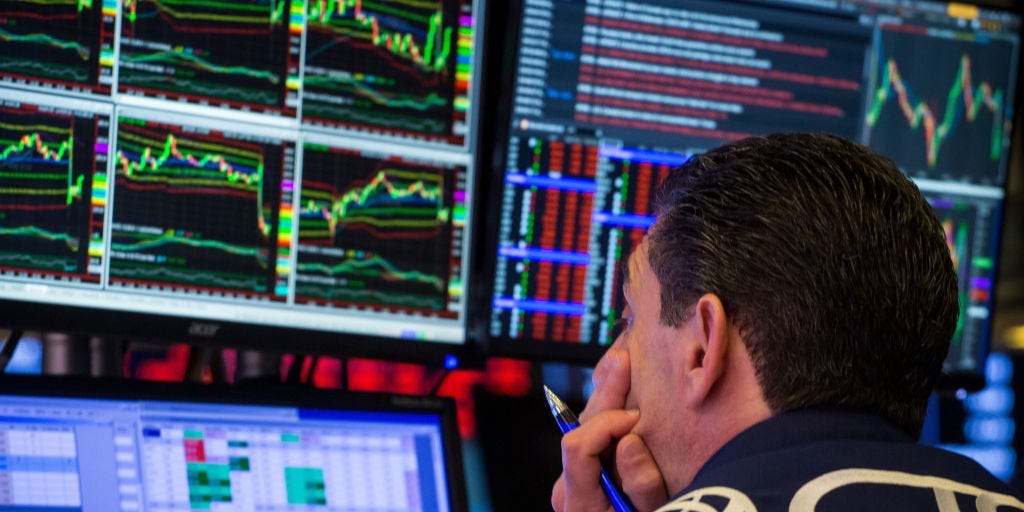 New weekly claims for unemployment insurance totaled an unadjusted 712,000 for the week that ended Saturday, the Labour Department said Thursday. Economists surveyed by Bloomberg expected a reading of 775,000. The decline snapped a two-week streak of increases for initial filings.

Continuing claims, which track Americans receiving unemployment benefits, fell to 5.5 million for the week that ended November 21. That also landed below the consensus estimate.

Here’s where US indexes stood shortly after the 9:30 a.m. ET market open on Thursday:

Still, some economists fear the decline can largely be attributed to the Thanksgiving holiday, and that claims will again swing higher in the coming weeks.

“The drop in claims reported today reverses the increases of the past two weeks, but it would be a mistake to regard the decline as mere mean reversion,” Ian Shepherdson, chief economist at Pantheon Macroeconomics, said. “The drop is the fluke, not the increases which preceded it.”

Investors will get another look at how the labour market is recovering on Friday when the Bureau of Labour Statistics publishes its November nonfarm payrolls report. Economists expect the US economy to have added 486,000 payrolls through the month. The unemployment rate is forecasted to dip 0.1 points to 6.8%.


Read more:
Dennis Lynch has tripled his clients’ money since 2010. The star fund manager shares 5 bets he’s seizing on for 2021 and beyond â€” and explains how he avoids making costly investing mistakes.

Thursday’s gains pull the S&P 500 to the brink of another record after choppy trading the session prior. Stocks erased morning losses and closed higher on Wednesday as legislators took their biggest steps yet toward reaching a stimulus compromise. While a deal hasn’t yet been finalised, Democratic lawmakers embraced a bipartisan proposal that includes $US908 billion in relief funds. The move puts pressure on Senate Majority Leader Mitch McConnell to accept the measure.

Tesla gained after Goldman Sachs upgraded its shares to “buy” from “neutral” in a note to clients. The bank also lifted its price target for the automaker to $US780, implying a 37% rally from Wednesday’s close over the next 12 months.


Read more:
Zoom has soared 497% this year. 3 analysts â€” including one of the most accurate in tech â€” break down whether you should buy, hold, or sell the stock as a vaccine becomes widely available.

Spot gold edged as much as 0.7% higher, to $US1,844.02 per ounce. The US dollar weakened against a basket of Group-of-20 currencies and Treasury yields dipped.

Oil prices wavered ahead of a critical OPEC+ decision on gradually reversing production cuts. West Texas Intermediate crude fell as much as 1.4%, to $US44.66 per barrel, before paring losses.Brent crude, oil’s international benchmark, slid 1.2%, to $US47.68 per barrel, before similarly erasing the drop.


Value and growth stocks can climb together in 2021 as investors split focus between vaccine rollouts and virus scarring, top Wall Street strategist says