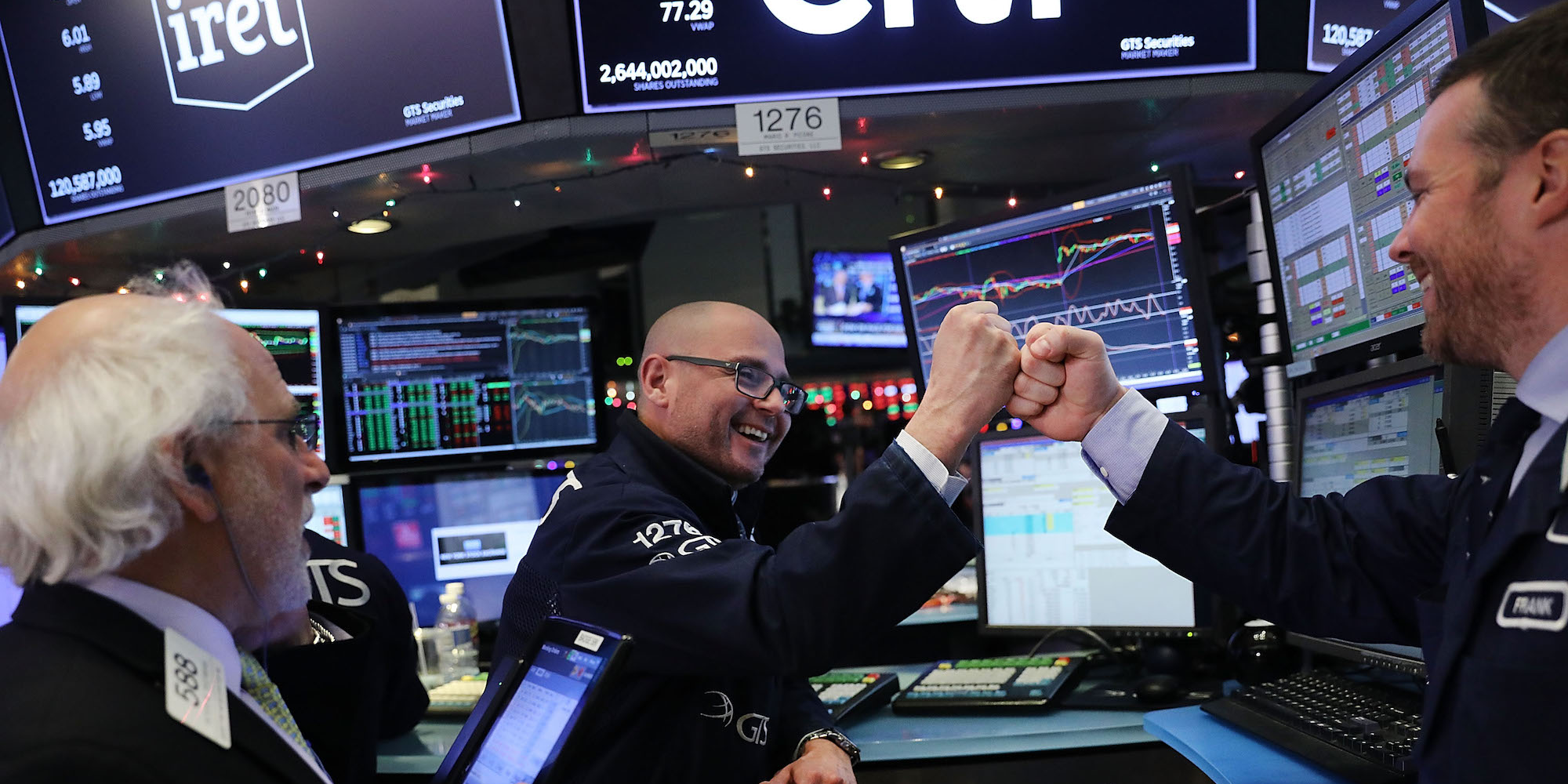 Progress in the development of a COVID-19 vaccine was all investors need to hear to help propel stocks to hit new heights on Monday.

Both the S&P 500 and the Dow Jones industrial average closed sharply higher after Pfizer and BioNTech announced that their COVID-19 vaccine was found to be more than 90% effective in preventing the illness during its phase-three trial, setting it up for an emergency rollout. Both indexes surged to intraday records during the session.

The drugmakers said no serious safety concerns had been observed throughout the trial, which enrolled about 44,000 patients.

Pfizer and BioNTech are now ramping up production of the vaccine. They said they expected to produce more than 50 million doses by the end of the year and more than 1 billion doses in 2021.


Read more:
Morgan Stanley’s top cross-asset strategist pinpoints 3 areas of the market set to directly benefit from a successful COVID-19 vaccine â€” and explains why investors may be ‘surprised’ by the level of normalcy we can achieve

The vaccine-progress news rippled through various areas of the stock market. Pfizer soared 15% at intraday highs as investors expect the company to benefit from a swift rollout of the vaccine. But Pfizer wasn’t the only vaccine company to surge on Monday, as Novavax leaped as much as 13% after the FDA granted it a fast-track designation.

But technology stocks that saw a surge in business due to the COVID-19 pandemic didn’t participate in Monday’s jump higher.

Work-from-home stocks suffered on the news, as people are more likely to spend less time at home and get back to offices once the COVID-19 pandemic is in the rearview mirror. Zoom, Peloton, DocuSign, and Netflix cratered on Monday.

Elsewhere, Biogen plummeted 32% after a Food and Drug Administration advisory committee signalled that its Alzheimer’s therapy would not receive approval early next year.


Read more:
Morgan Stanley says to load up on these 10 stocks featured on the firm’s ‘buy list,’ which has dominated the broader market this year

Despite Monday’s strong move in stocks, markets could be set up for a continued rise into year-end, according to Fairlead Strategies Katie Stockton, who sees a 3,825 price target in the S&P 500 headed into early next year.

On the economic front, the combination of a Joe Biden presidency and the administration of a COVID-19 vaccine could help boost GDP growth in 2021, according to Goldman Sachs.

Oil prices soared. West Texas Intermediate crude climbed as much as 11%, to $US41.33 per barrel. Brent crude, oil’s international benchmark, jumped 10%, to $US43.48 per barrel, at intraday highs.


Read more:
A team of Wells Fargo investment strategists who studied the latest election results shares how exactly to play the most likely outcome with stocks, bonds, commodities, and tax strategies