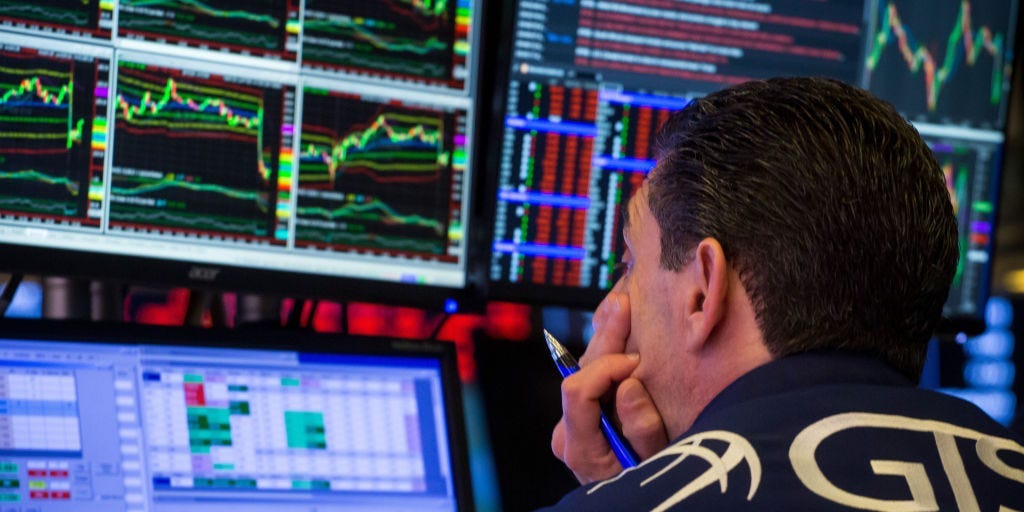 US stocks edged higher on Tuesday as investors optimistic for a full economic rebound bought the market’s recent dip.

Hopes for widespread vaccination and Biden-backed stimulus continue to lock horns with stocks’ lofty valuations. Fallout from last week’s violent riots at the Capitol continues to weigh on market sentiments, and Democrats are expected to vote to impeach President Donald Trump on Wednesday.

Shambolic vaccine distribution across the US has also cut into some investors’ recovery outlooks. CNBC reported Tuesday morning that the Trump administration will issue updated vaccination guidance that expands eligibility to everyone 65-years-old and older. The move comes after some states discarded vaccines instead of using them on ineligible populations.

“Vaccine rollouts have been messy, but as more vaccines get regional approval, risk appetite is thriving as we get closer to the other side of COVID,” Edward Moya, senior market analyst at Oanda, said.


Read more:
An ETF provider whose specialty funds have smashed the market breaks down how to capitalise on the red-hot SPAC craze â€” and shares 4 to watch in 2021

The mild uptick comes after stocks stumbled to start the week. Equities fell from record highs on Monday as investors weighed the impact of an impeachment vote and stretched valuations. Facebook and Twitter dragged on major indexes as investors balked at the companies’ moves to ban permanently Trump.

The National Federation of Independent Businesses said Tuesday its gauge of small-business optimism plunged to a seven-month low in December as COVID-19 restrictions intensified. Nine of the index’s 10 components declined through the month and the association’s measure of general-business-condition outlook tumbled into net negative territory.

Bitcoin recovered slightly after plummeting from record highs. The world’s largest cryptocurrency traded at roughly $US33,600 on Tuesday, about 1% higher from the prior 24 hours, after sliding as low as $US30,305.30 Monday night.

Spot gold climbed as much as 1.1%, to $US1,863.81 per ounce, before paring gains. The US dollar weakened slightly against a basket of currency peers and Treasury yields rose.

Oil prices gained amid the US dollar’s decline. West Texas Intermediate crude rose as much as 1.9%, to $US53.26 per barrel. Brent crude, oil’s international standard, climbed 1.9%, to $US56.73 per barrel, at intraday highs.


Here’s why the approval of a US bitcoin ETF would send the cryptocurrency tumbling in the near term, according to JPMorgan