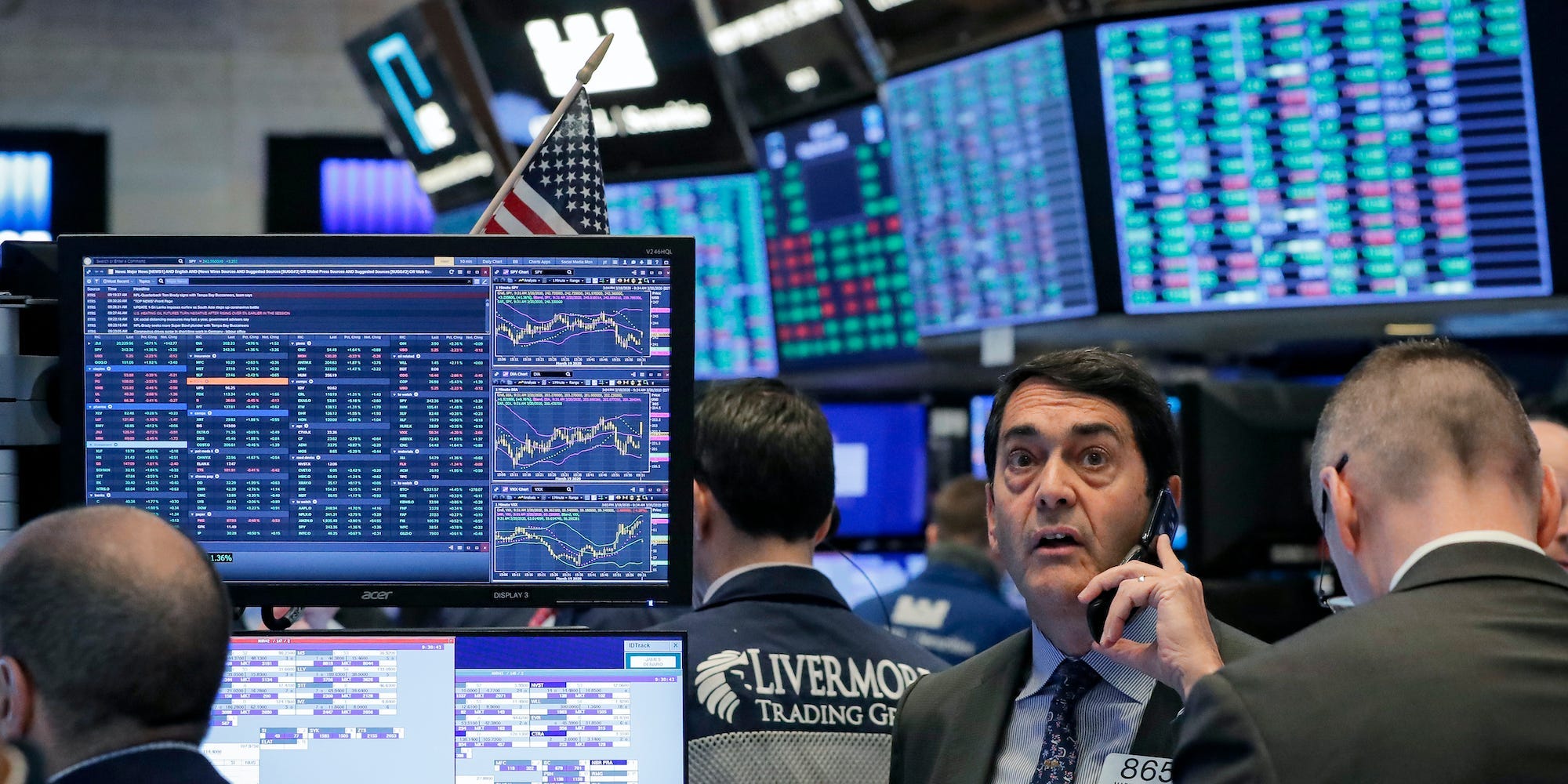 US equities continued to climb on Thursday as dwindling prospects of a Democratic sweep lifted sectors prone to regulation.

Tech and healthcare stocks boosted indexes as investors increased bets on the industries. Chances of a blue wave election outcome initially fuelled fears of increased industry scrutiny and tax hikes. With Republicans poised to hold control of the Senate, Wall Street is turning around on the growth favourites.

Risk markets continue to thrive as the outcome of the US presidential election remains uncertain. Former Vice President Joe Biden emerged victorious in Michigan and Wisconsin on Wednesday, but his lead has tightened in Arizona and Nevada.

President Donald Trump’s leads in Georgia and Pennsylvania similarly narrowed overnight as both states continued to count mail-in ballots. Should either state swing in Biden’s favour, the Democratic candidate would be within spitting distance of winning the presidency.

Here’s where US indexes stood shortly after the 9:30 a.m. ET open on Thursday:


Read more:
An advisor at the world’s largest wealth manager breaks down why a Biden win and a split congress is the best long-term outcome for markets â€” and says investors should look to these 4 sub-sectors for ongoing gains

The Thursday surge mimics Wednesday’s upswing. The Dow gained 368 points and the Nasdaq leaped to its highest since April as investors turned more bullish toward the prospect of a divided government. While a massive stimulus package will be harder to pass with a split Congress, the election’s outcome suggests President Trump’s corporate tax cuts and less-strict regulations will stay in effect.

On the economic data front, weekly jobless claims ticked lower once again while remaining above pre-pandemic highs. New US claims for unemployment benefits totaled 751,000 for the week that ended Saturday, according to the Labour Department. That came in above the median economist estimate of 735,000 but still marked a decline from the previous week’s revised total.

Continuing claims, which track Americans receiving unemployment benefits, fell to roughly 7.3 million for the week that ended October 24. The reading is slightly above economist expectations.


Read more:
3 veteran investors share where to invest now to build resilient, long-term portfolios that win even if the elections produce a gridlocked government

Wall Street will be looking to the Federal Reserve Thursday afternoon for any hints at future easing policy. Federal Open Market Committee officials are expected to keep interest rates near zero and maintain the Fed’s current pace of asset purchases. The stifled chances of an outsized stimulus bill in early 2021 places more focus on the central bank to drive the US economic recovery.

Bitcoin closed in on $US15,000 after breaching the $US14,000 resistance level on Wednesday.


Read more:
Iconiq Capital, which counts some of the world’s most influential families as clients, broke down the investment implications of the US election. Here are the highlights of its 23-page presentation.

Spot gold jumped as much as 1.6%, to $US1,932.96 per ounce, at intraday highs. The precious metal’s climb placed it at its highest point since mid-October and pushed prices above their 50-day moving average.

The US dollar continued to fall against major currency peers. Treasury yields were mostly unchanged.

Oil prices erased early gains and wavered at their previous closing levels. West Texas Intermediate crude fell as much as 2.3%, to $US38.27 per barrel, before rebounding.Brent crude, oil’s international benchmark, sank 2.2%, to $US40.33 per barrel, at intraday lows.


Post-election stock rally is an endorsement of a split US government, Evercore co-CEO says


‘Gridlock no matter who wins’: Here’s what 5 Wall Street experts are saying about the tight US presidential race