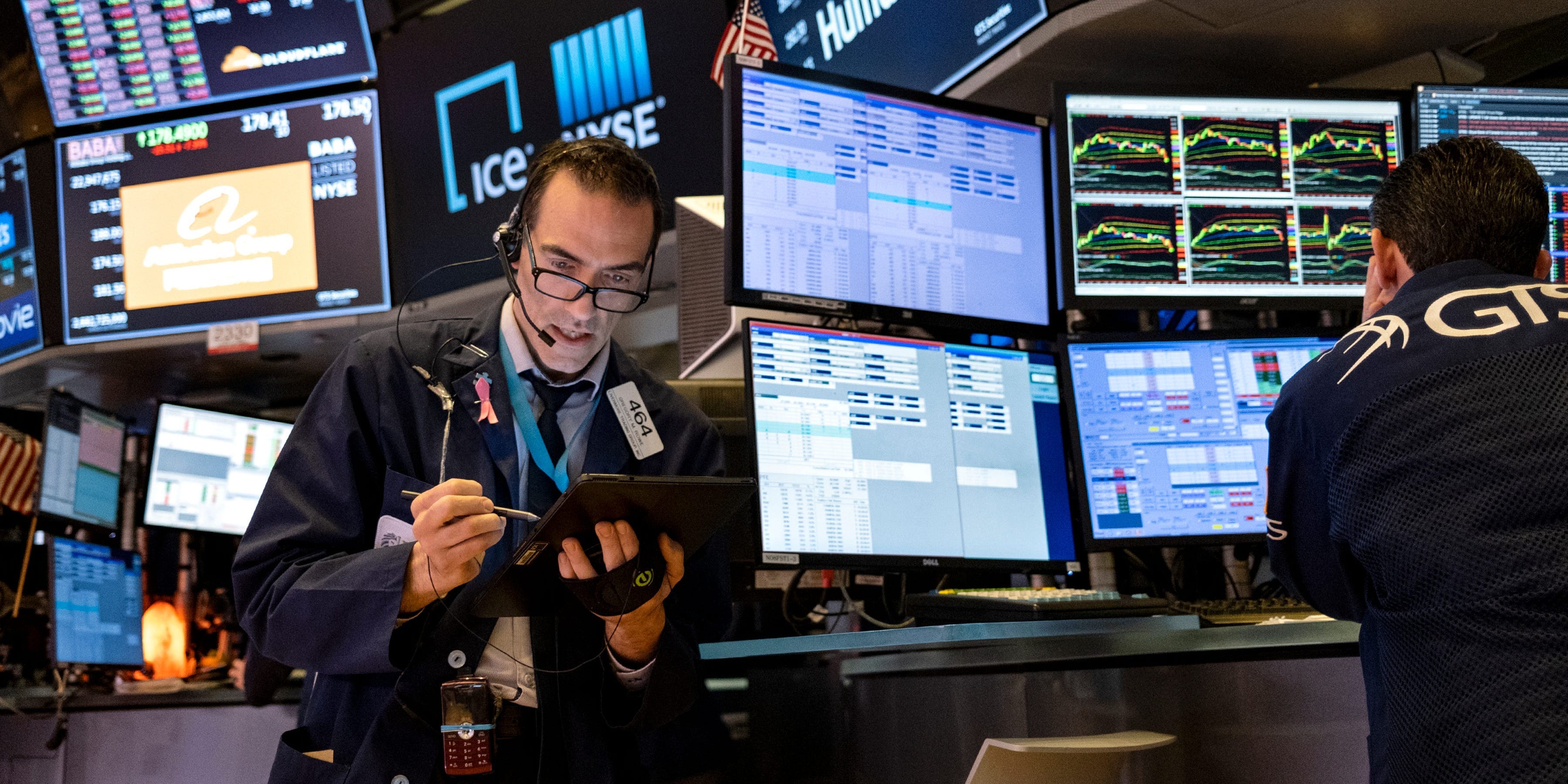 US equities gained on Tuesday as investors awaited a slew of earnings reports from large-cap companies. The benchark S&P 500 hit an intraday all-time peak in early trading.

Market volatility lingered following a choppy Monday session. Tech names dragged slightly on the Nasdaq composite after leading gains to start the week. Microsoft will kick off tech earnings after the market closes.

Sentiments were somewhat pared as hopes for swift stimulus passage under President Joe Biden faded. The president said Monday he’s willing to negotiate with Republicans on the package, yet GOP members have largely balked at his plan’s $US1.9 trillion price tag. Senate Majority Leader Chuck Schumer indicated on Monday that new stimulus isn’t likely to be passed until March at the earliest.


Read more:
MORGAN STANLEY: Buy these 9 sports-betting stocks ahead of the industry’s expected legalization in 12 states this year and its growth to $US10 billion in 2025


Apple,Tesla, and Facebook are slated to report earnings later in the week. The companies’ heavy weighting in stock indexes practically guarantees their reports will play a major role in whether the broader market will rise or tumble into February.

Retail investors pushed Reddit-favourites including GameStop,AMC Entertainment, and BlackBerry even higher following Monday’s rallies. Posts on online forums such as WallStreetBets boasting outsized gains have fuelled momentum for such stocks in recent sessions. Online traders continue to urge each other to buy more shares, aiming to further squeeze short-sellers and send stocks to record highs.


Read more:
Northwestern Mutual’s chief strategist shares the key difference between 1999 and now that shows why tech stocks are not in a bubble â€” and says market conditions are prime for these 5 sectors to outperform in the year ahead

Bitcoin slipped back below $US32,000 after brushing against $US35,000 in Monday trading. The cryptocurrency has wavered in a narrow trading range over the past week after surging to record highs earlier in the month.

Spot gold edged 0.02% higher, to $US1,855.60 per ounce. The US dollar weakened slightly against Group-of-20 currency peers and Treasury yields climbed slightly.

Buy these 13 stocks poised to benefit from a boom in 5G smartphone adoption, UBS says â€” including one expected to surge 69%


GameStop short-sellers lost $US1.6 billion in a single day as Reddit traders rebelled against them


One measure shows the stock market is still affordable at current levels â€” but investors should avoid these 3 bubble-like pockets, Goldman Sachs says