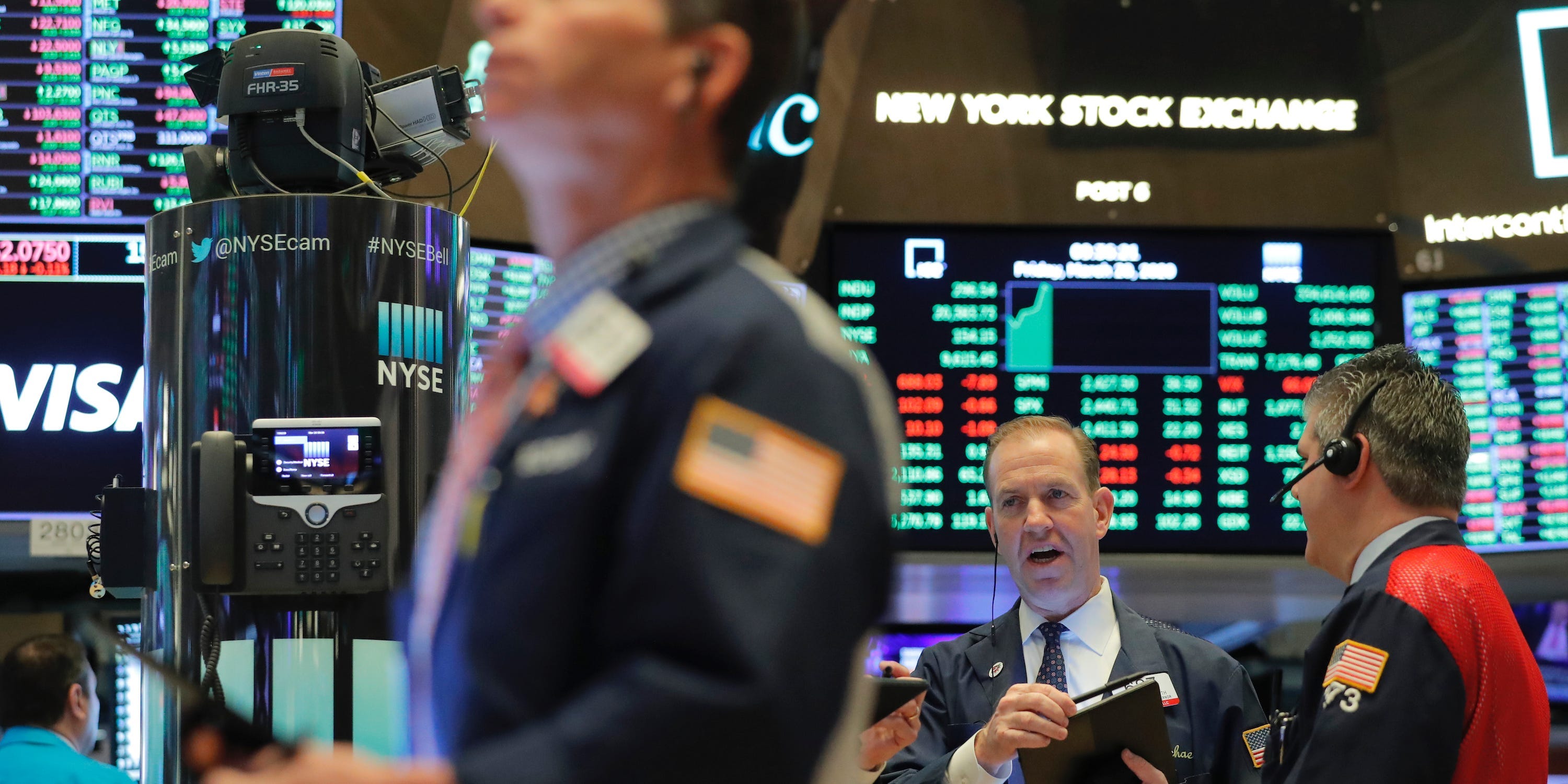 US equities climbed on Friday after an advance reading of September retail sales showed stronger-than-expected growth.

The Friday report also marks an acceleration from August’s paltry 0.6% uptick, suggesting the bounceback in consumer spending has more room to run.


Read more:
The founder of an ETF trouncing 99% of competitors explains how industry pioneer Burton Malkiel taught him how to invest in emerging markets â€” and shares 5 stock picks he loves right now

The encouraging economic data offset gloomy updates to stimulus negotiations. The White House crept closer to reaching a deal with Democrats on Thursday, with Treasury Secretary Steven Mnuchin saying the administration was willing to accept funding for increased COVID-19 testing.

Yet Senate Majority Leader Mitch McConnell told voters in Kentucky Thursday afternoon that he only plans to bring a smaller bill to a vote, quashing hopes for the $US1.8 trillion to $US2.2 trillion package sought by the White House and Democrats.

Mnuchin indicated that President Donald Trump may approach McConnell and push for the larger deal, according to House Speaker Nancy Pelosi’s deputy chief of staff. With election day on the horizon, investors remain on edge for any hint of stimulus progress.


Read more:
200-plus money managers pay thousands to see which stocks are on Jim Osman’s buy list. He details 2 he sees doubling and says one has at least 50% left to soar.

Hertz surged after lining up $US1.65 billion in potential financing. The beleaguered car-rental giant has seen its shares trade with outsized volatility through the year amid strong retail trader interest and bankruptcy risk.

Pfizer jumped after announcing it will pursue emergency authorization for its coronavirus vaccine candidate as early as next month. The update suggests a vaccine could be approved for public use before 2021.

Boeing shares gained after its 737 Max model was deemed safe by European regulators.

Spot gold wavered above its $US1,900 per ounce support after climbing as high as $US1,914.06. Treasury yields gained and the US dollar fell slightly against an index of major currencies.

Oil futures dipped as rising COVID-19 cases reignited fears of demand weakness. West Texas Intermediate crude fell as much as 1.6%, to $US40.29 per barrel. Brent crude, oil’s international benchmark, fell 1.8%, to $US42.39 per barrel, at intraday highs.


Peloton will leap another 14% as new products open the door to 5 million potential subscribers, BofA says


Wall Street heavyweights profited as the market melted down in February after getting private warnings from the Trump administration, a new report says