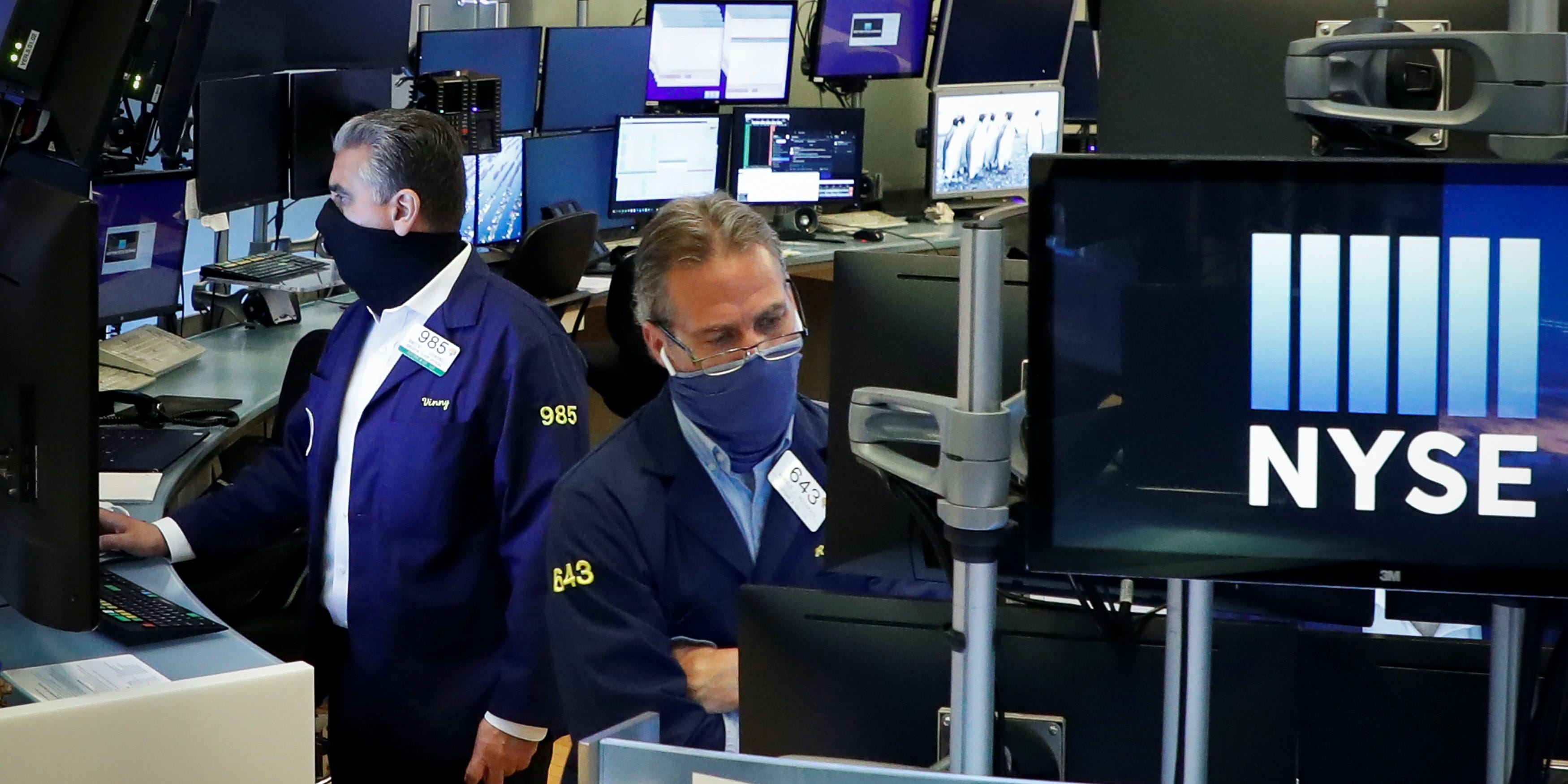 The tech mega-cap stocks that drove indexes higher on Monday failed to repeat their rally. While Facebook, Apple,Amazon, and Netflix all reached intraday record highs, the broad tech sector erased gains in the afternoon.


Read more:
The most accurate analyst covering companies like Amazon says these 7 stocks are great bets for the future of e-commerce – even as the coronavirus bump fades

A new report from the Organisation for Economic Cooperation and Development detailed the risk of a second wave of coronavirus cases. The OECD said it expected the US unemployment rate to stay elevated at 10.4% through the fourth quarter of the year.

Labour-market damage incurred from the pandemic is “far worse than” that seen during the financial crisis and requires an extension to unemployment benefits, the OECD said.

The labour-market news wasn’t all bad. US hires increased a record 2.4 million in May to an all-time high of 6.5 million, according to a Tuesday release by the Labour Department. Job openings also jumped to 5.4 million.

Raphael Bostic, president of the Federal Reserve Bank of Atlanta, raised concerns about consumer confidence waning amid the virus resurgence. Business owners and consumers “are getting nervous again” as cases increase, and the US economic recovery could end prematurely if confidence crumbles further, he said.


Read more:
An investment chief who doubled 3 of her firm’s ETFs within 3 years told us the most overlooked technological innovation on her radar – and shared the 3 stocks she’s been snapping up since the pandemic started

“There is a real sense that this might go on longer than we had hoped and we had expected and we had planned for,” Bostic added.

Novavax spiked after it said the US government awarded it $US1.6 billion for testing and manufacturing its coronavirus vaccine. The grant is the largest yet from Operation Warp Speed, the White House’s plan to rapidly develop and deliver a vaccine or treatment for COVID-19.

Oil prices declined after staging a mild upswing in early trading. West Texas Intermediate crude slid as much as 1.8%, to $US39.90 per barrel. Brent crude, the international benchmark, fell 1.5%, to $US42.46 per barrel, at intraday lows.

Tuesday’s drop followed a strong upswing to kick off the week. US stocks soared on Monday on the back of China’s biggest single-day equities rally since 2015. Tech giants drove major indexes higher and helped the Nasdaq composite notch a record high. Amazon swung above $US3,000 per share and reached an all-time high of its own.