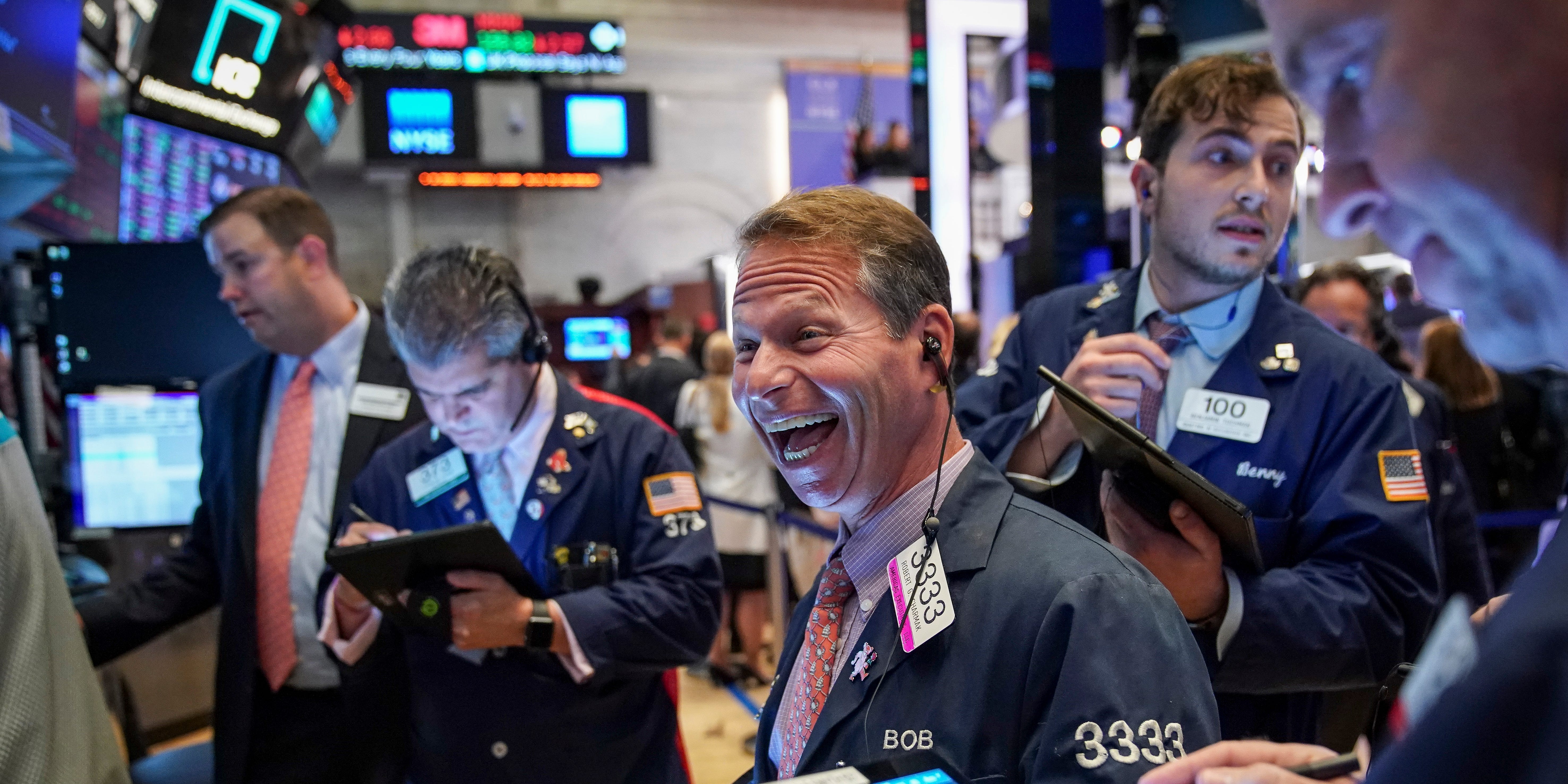 US equities climbed on Monday as investors positioned for election outcomes and looked to recover from indexes’ worst weekly fall since March.

Stocks are poised to enjoy heightened volatility heading into election day. The results, particularly from Senate races, will likely determine the odds of fresh fiscal stimulus being passed early next year. While former Vice President Joe Biden enjoys a healthy lead in the polls, President Donald Trump can win reelection should he pull off the same kind of surprise that drove his victory four years ago. Any contested results will almost surely fuel choppy price action as both parties enter legal battles over the outcomes in different states.

“With one day to go until the presidential election, the stock market will undoubtedly take a wait and see attitude, with traders apprehensive about disputed election results,” Marc Chaikin, founder of quantitative research firm Chaikin Analytics, said.

Here’s where US indexes stood shortly after the 9:30 a.m. ET open on Monday:


Read more:
Steven Pesavento quit his 9-to-5 career to pursue real-estate investing full time. Here’s how he went from a no-experience tech-head to having flipped over 200 properties in a few years’ time.

As if the election wasn’t enough on investors’ plates, the Federal Open Market Committee will meet on November 4 and 5 to further discuss its policy response to the coronavirus recession. The group is largely expected to keep interest rates at historic lows. Federal Reserve officials have hinted the central bank could increase its pace of asset purchases from $US120 billion a month to further support the economic recovery.

Monday’s rally comes as new coronavirus cases continue to spike across the US. More than 74,000 new cases were reported on Sunday, and the virus’s death toll passed 230,000 over the weekend. With England joining Germany and France in instituting partial lockdowns, some fear the US may take similar steps to stave off the virus’s spread.

Monday’s gains retrace some of last week’s hefty losses. Markets tanked through the end of October as soaring COVID-19 cases and disappointing tech earnings prompted mass sell-offs. The Dow slipped into correction territory, while the S&P 500 and Nasdaq followed close behind.


Read more:
Morgan Stanley’s top cross-asset strategist says these 3 assets are not pricing in a Democratic sweep â€” setting them up for big gains if that scenario unfolds

Dunkin’ Brands surged after agreeing to an $US11.3 billion acquisition by Inspire Brands. The deal is among the biggest in the restaurant industry and will take Dunkin’ private at $US106.50 per share, a 20% premium from its October 23 closing price.

Tesla competitor Nio leaped after the automaker announced it doubled its October vehicle deliveries to 5,055.

Bitcoin surged as high as $US13,877.48 on Sunday before hovering around $US13,400 in Monday morning trading. The weekend rally reignites momentum that faded through last week’s gloomy sessions.

Spot gold gained as much as 0.5%, to $US1,888.12 per ounce. The US dollar and Treasury yields both were largely unchanged.

Oil futures sank to five-month lows, before paring most of their losses. West Texas Intermediate crude fell as much as 6%, to $US33.64 per barrel. Brent crude, oil’s international standard, sank 5.7%, to $US35.76 per barrel, at intraday lows.


These 3 trades are an investor’s best bet for hedging against a split government, JPMorgan strategist says