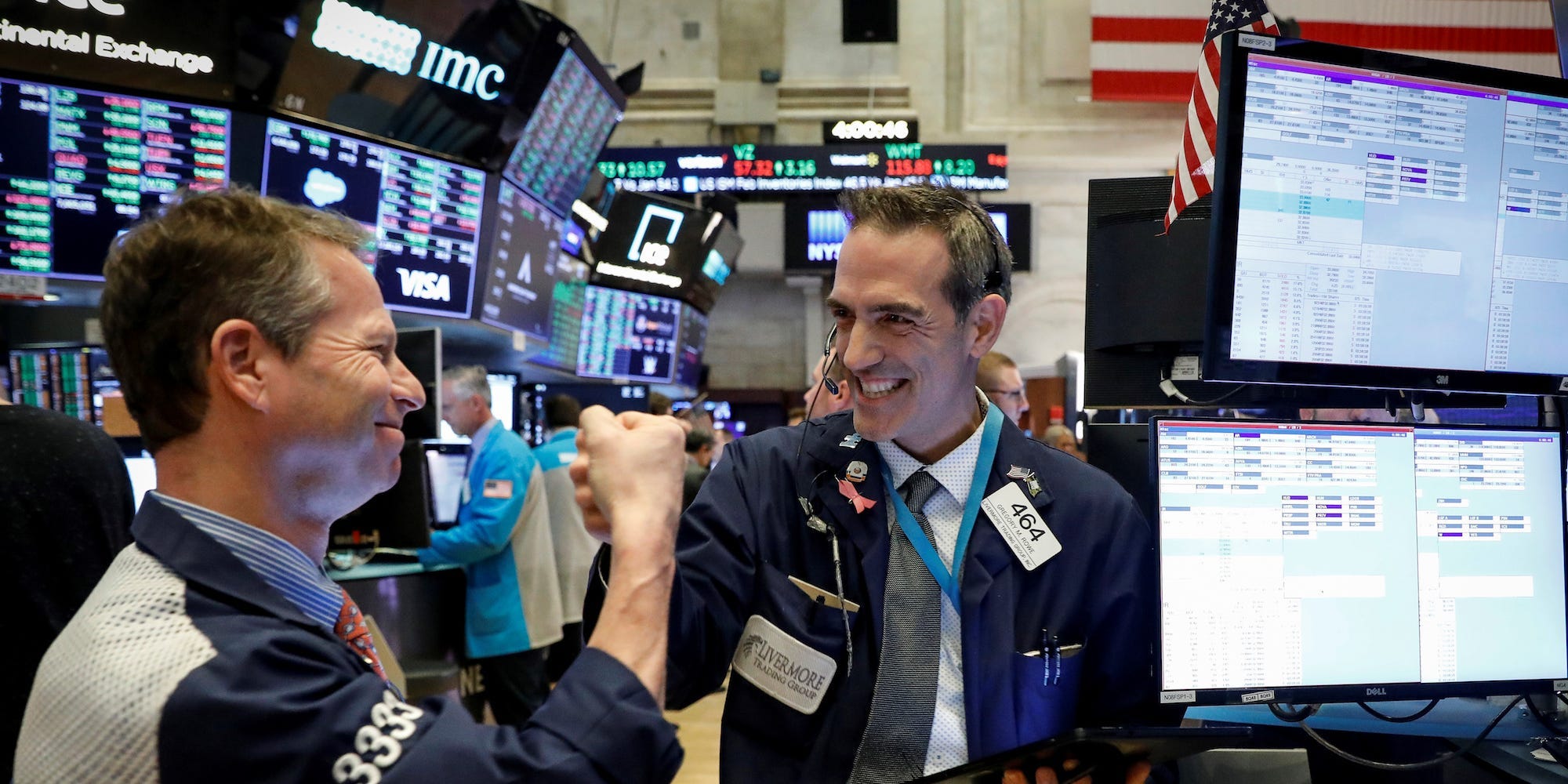 US stocks jumped on Monday amid new optimism for a near-term coronavirus treatment and cooling US-China tensions. The S&P 500 and Nasdaq composite indexes closed at record highs.

Investor sentiment was first lifted on Sunday evening after the Food and Drug Administration issued emergency authorization for using convalescent plasma to treat COVID-19. The method hasn’t proved effective against the virus in clinical trials and follows calls from President Donald Trump to fast-track treatment approvals.

Separately, the Financial Times reported Sunday that the White House is mulling an emergency use authorization for AstraZeneca’s experimental drug. Such an action would bypass regulatory standards and potentially introduce a vaccine to the US market before November’s presidential election.


Read more:
UBS analysed how 900 stocks perform on positive COVID-19 vaccine news days – and concluded that these 17 are poised to jump at least 9% on the next cycle of encouraging headlines

The S&P 500 topped its closing record from last week on the back of better-than-expected economic data and strong earnings from retail giants including Home Depot and Target.

Falling new COVID-19 cases also lifted outlooks among market participants. New US cases reached 34,567 on Sunday, according to data from Johns Hopkins University. The reading is down from 44,572 the day prior and is the lowest daily addition in more than two months. Daily new cases have landed below 50,000 for nine days straight.

Investors also enjoyed a reprieve from rising tensions between the US and China. Bloomberg reported Sunday night that the White House had reassured companies they can continue doing business with Tencent-owned WeChat in China even after the app is banned in the US.


Read more:
RBC says buy these 48 stocks spanning every industry that are poised to crush the market if Donald Trump wins reelection

Senior officials in the administration reportedly realised a blanket ban would have a major impact on the tech, communications, and gaming industries, among others, according to Bloomberg.

Travel stocks including Delta Air Lines, United, and Carnival Cruises jumped on news of the potential treatments. Cruise and airline stocks have similarly rallied on hopes for a sooner-than-expected vaccine, as such a drug would likely boost travel demand near its pre-pandemic high.

Gold briefly rose back above $US1,960 per ounce before sliding into an intraday loss. The precious metal surged above $US2,000 earlier in August but tumbled soon after as investors secured profits.

Oil rose as well amid the fresh economic recovery hopes. West Texas Intermediate crude gained as much as 1.3%, to $US42.89 per barrel. Brent crude, oil’s international benchmark, jumped 1.9%, to $US45.18 per barrel, at intraday highs.