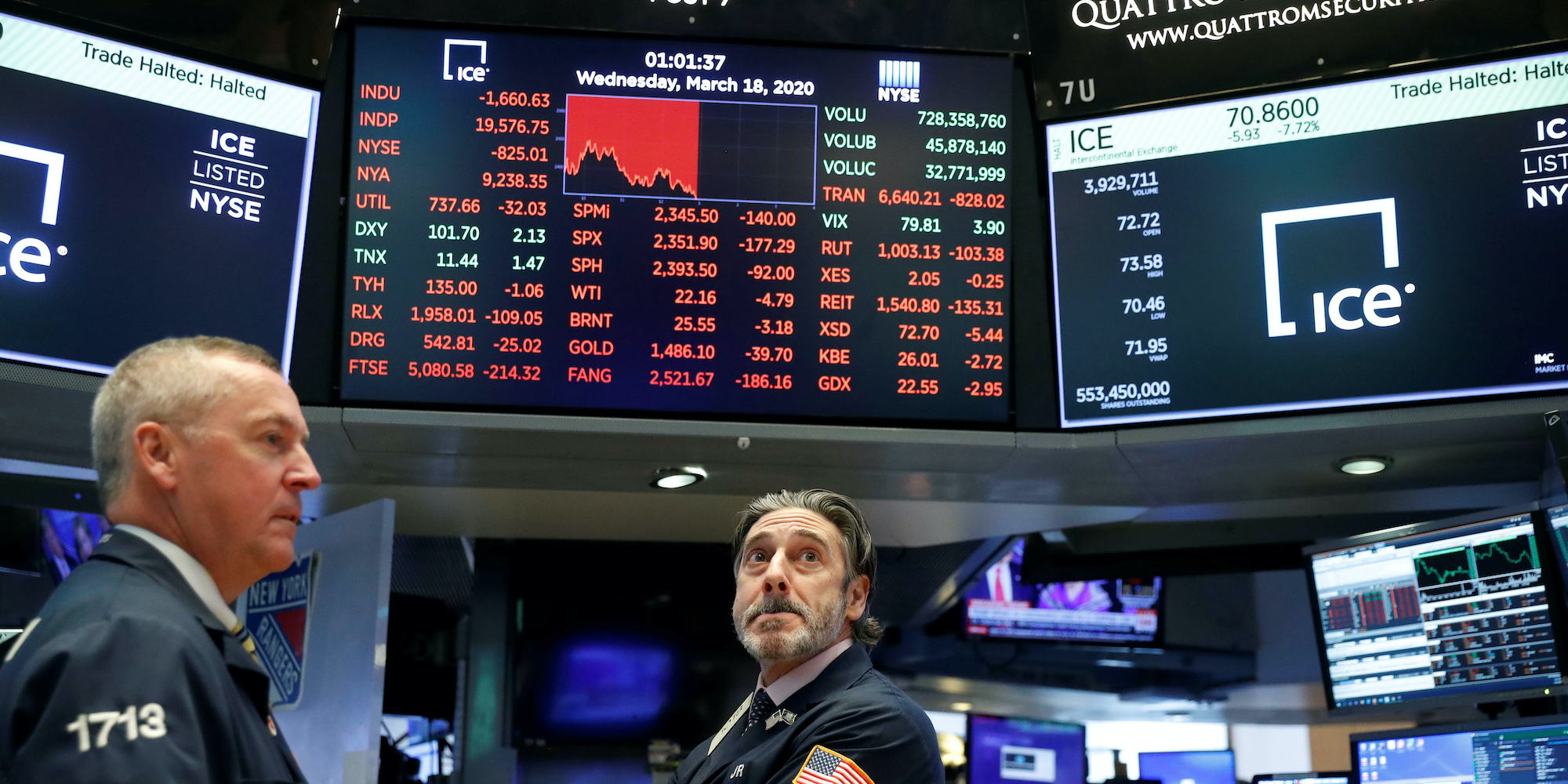 US stocks slid on Thursday as investors digested the first rise in weekly unemployment filings since March.

New US weekly jobless claims totaled 1.42 million in the week that ended on Saturday, the Labour Department reported. That was above the consensus economist estimate of 1.3 million compiled by Bloomberg. It also exceeded the prior week’s 1.3 million filings, marking the first increase in 15 weeks.

Meanwhile, new coronavirus cases continue to climb in the US. Total infections have surpassed 3.9 million, according to data from Johns Hopkins University. The spike in cases has threatened the economic recovery as many states have had to pause or roll back reopening plans.

“The economy does not seem to be on sound footing anymore and the with high uncertainty with the direction of the coronavirus, businesses will likely struggle to justify hirings,” said Edward Moya, a senior market analyst at Oanda.

Investors also watched for signs that Congress will announce more stimulus measures to replace the $US600 weekly unemployment benefit set to expire at the end of July.

On Wednesday evening, Senate Republicans announced that they’d reached a tentative agreement with the White House on legislation, setting the stage for talks with Democrats.

Earnings season continued. Shares of Tesla jumped after the company reported quarterly results that exceeded Wall Street’s expectations, but erased gains in the afternoon and closed 5% lower. The company also posted its fourth consecutive quarterly profit, a key milestone for inclusion in the S&P 500 index.


Read more:
Buy these 19 cheap healthcare stocks poised to beat the market regardless of election outcome and the fate of Obamacare, BTIG says

Shares of Twitter climbed after the company reported record user growth in the second quarter.Microsoft shed more than 4% after its cloud computing and software business missed analyst expectations for revenue.

Big tech company stocks were under pressure Thursday. Shares of Facebook,Apple,Amazon,Netflix, and Google– the so-called FAANG stocks- all shed more than 2%.

Gold, a popular safe-haven asset, surged to the highest level since 2011 and neared a record.