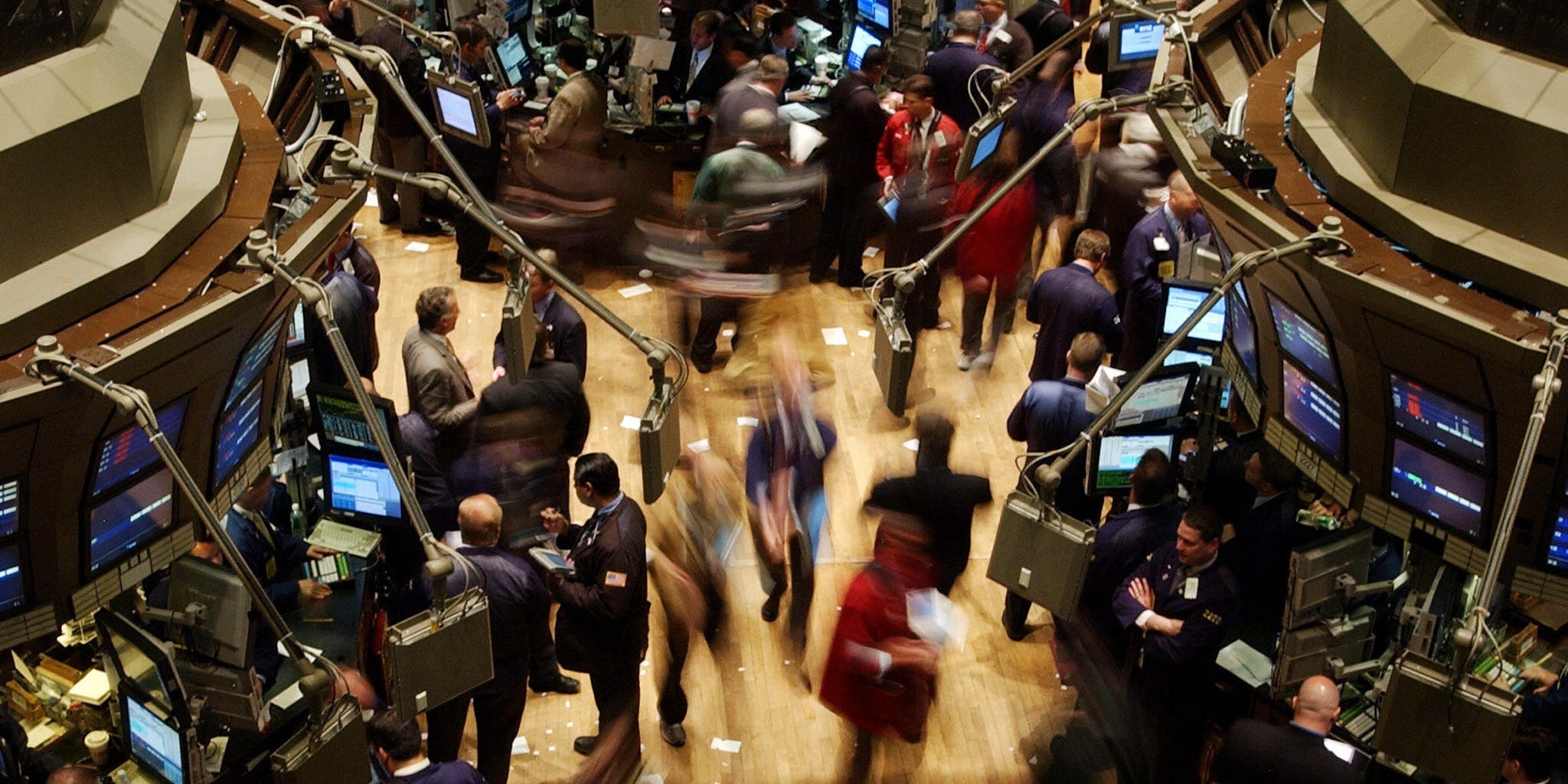 Stan Honda/AFP/Getty ImagesTraders working on the floor of the New York Stock Exchange are blur in this time exposure, just before the opening bell, 11 May, 2004.

US equities fluctuated on Tuesday investors continued to pivot away from growth stocks and bolstered bets on near-term economic recovery.

Pfizer and BioNTech’s encouraging vaccine update, which fuelled a massive stock surge on Monday, continued to drive a shift out of expensive tech stocks and into plays more likely to outperform in an economic reopening.

“With a viable vaccine apparently on the horizon, it may be time to take a second look at your portfolio,” said Lindsey Bell, the chief investment strategist for Ally Invest. “Stocks that could benefit from a return to normal life â€” or the ‘reopening trade’ â€” could be worth watching over the coming weeks.”

The Dow and the S&P 500 leaped to record intraday highs on Monday. Pfizer’s update lifted investors’ risk appetites and kicked off the week’s rotation to cyclical names. Reopening trades such as airlines, cruises, and hotels gained. Gold tumbled the most in three months as investors ditched safe-haven assets.

Pfizer and BioNTech announced Monday that their experimental coronavirus vaccine was found to be more than 90% effective at preventing COVID-19 in a late-stage trial. The companies now plan to apply for emergency use authorization with the US Food and Drug Administration to expedite the rollout of their vaccine. The announcement suggests a breakthrough in the race to find a viable vaccine and spurred hope on Wall Street that the pandemic might be contained sooner than previously expected.

Whether it could arrive soon enough to avoid additional economic damage is a different story. The US reached 10 million COVID-19 cases on Monday as infection rates spiked across the country. The Federal Reserve said in a Monday report that an inability to contain the outbreak could tank asset prices across risk markets.


Read more:
Goldman Sachs combed through hundreds of earnings transcripts to arrive at the 4 themes S&P 500 companies embraced this quarter â€” and shared the dozens of stocks set to benefit from these thematic trends

Beyond Meat cratered after the firm reported an unexpected third-quarter loss and missed revenue estimates. Shares hit their lowest since May as Wall Street scrutinised the worse-than-expected results.

Peloton erased early gains and traded higher after the company inked a multi-year deal with Beyonce. The artist will produce several exclusive workout programs themed around homecoming, the annual fall celebration for students at historically Black colleges and universities.


Read more:
Five top strategists at some of the largest asset managers break down the biggest challenges for Joe Biden’s presidency and how to trade them

Spot gold climbed as much as 1.5%, to an intraday high of $US1,890.53 per ounce. The US dollar fell slightly, and Treasury yields ticked higher.

Bitcoin traded just below $US15,300 after failing to break above $US16,000 in its prolonged rally. The cryptocurrency’s recent momentum has mostly stalled since it traded above $US15,000.

Oil prices continued to climb, retaking their $US40-per-barrel support level. West Texas Intermediate crude gained as much as 2.9%, to $US41.46 per barrel. Brent crude, oil’s international benchmark, jumped 3%, to $US43.66 per barrel, at intraday highs.