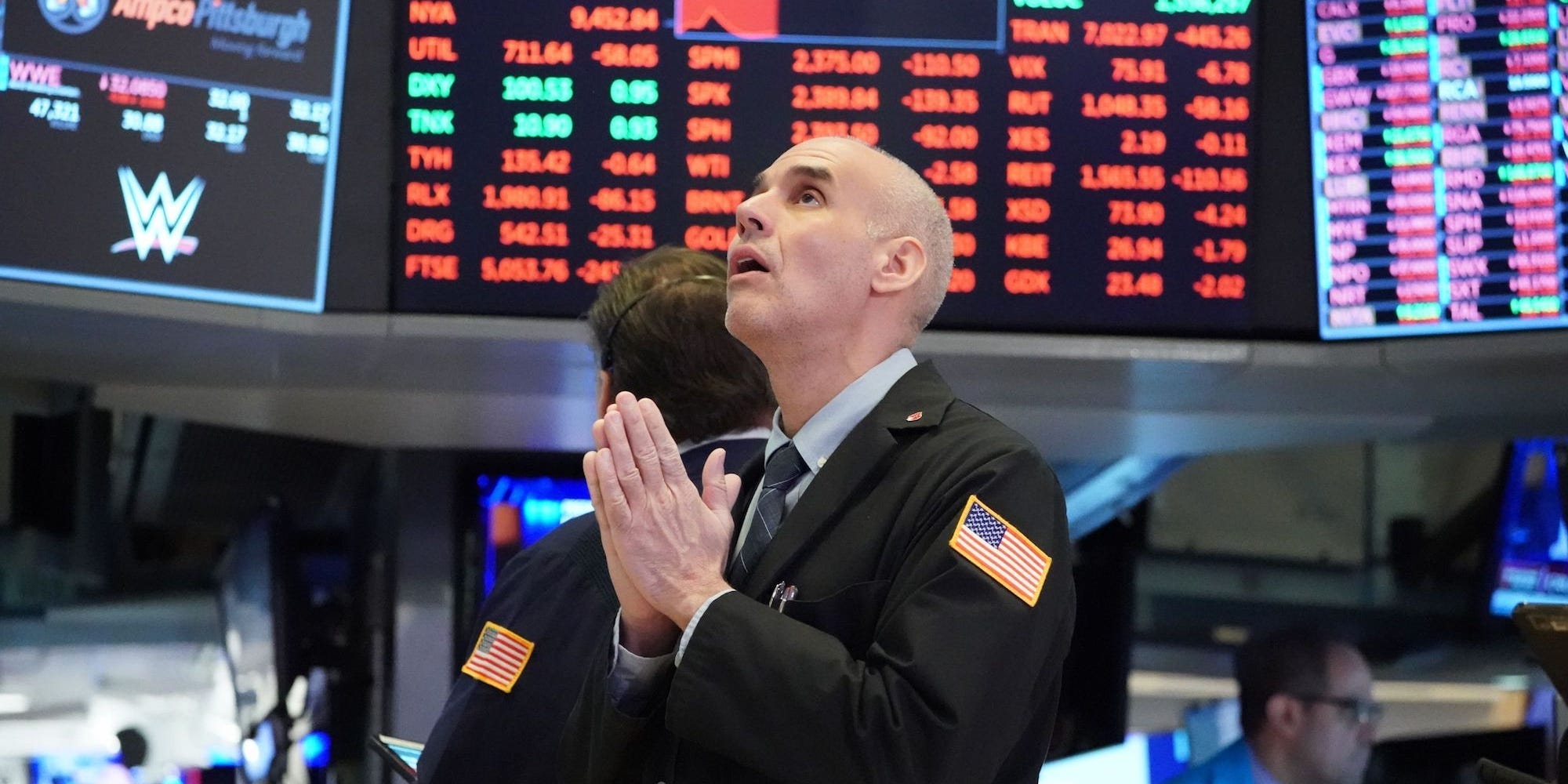 US stocks fell from record highs on Friday as stimulus talks continued ahead of a key deadline.

Congress has just hours to finalise a new relief package before government funding lapses at midnight. If lawmakers can’t reach a deal, they’re set to pass a short-term funding bill for the second week in a row to continue stimulus talks into Christmas week. Senate Majority Leader Mitch McConnell told reporters on Friday that he feels “more optimistic now” than he was last night, adding that a package “is very close at hand.”

The $US900 billion relief package is set to include a round of $US600 direct payments, funding for the Paycheck Protection Program, and bolstered federal unemployment benefits.

Some lawmakers indicated that Congress could enter the weekend without a funding bill, leaving such legislation for early next week. With indicators showing the economic recovery weakening further as winter sets in, additional fiscal support could be crucial to staving off a double-dip recession.

The broad slide came after the S&P 500, the Nasdaq, and the Dow closed at record highs on Thursday amid growing hopes for a stimulus breakthrough.


Read more:
A Wall Street investment chief says the bond market’s smart money could be repeating an error that shortchanged investors after the 2008 crisis. He explains why history will repeat itself â€” and how his firm is taking advantage.

Friday is the last trading day before Tesla joins the S&P 500 index. The automaker climbed to record highs in Friday trading. Goldman Sachs strategists said in a recent note that although the automaker’s inclusion would have a notable impact on the benchmark’s performance, it wouldn’t make the S&P 500 as expensive as some expect.

Virgin Galactic tumbled after shareholders moved to sell as many as 113 million shares. A regulatory filing detailing the plans didn’t specify when the sales might begin.

Gold edged 0.4% lower, to $US1,877.46 per ounce, at intraday lows. The US dollar strengthened against a basket of Group-of-10 currencies, and Treasury yields rose.

Oil prices gained amid hopes that stimulus could boost demand.West Texas Intermediate crude rose as much as 1.9%, to $US49.28 per barrel. Brent crude, oil’s international benchmark, jumped 1.9%, to $US52.47 per barrel, at intraday highs.