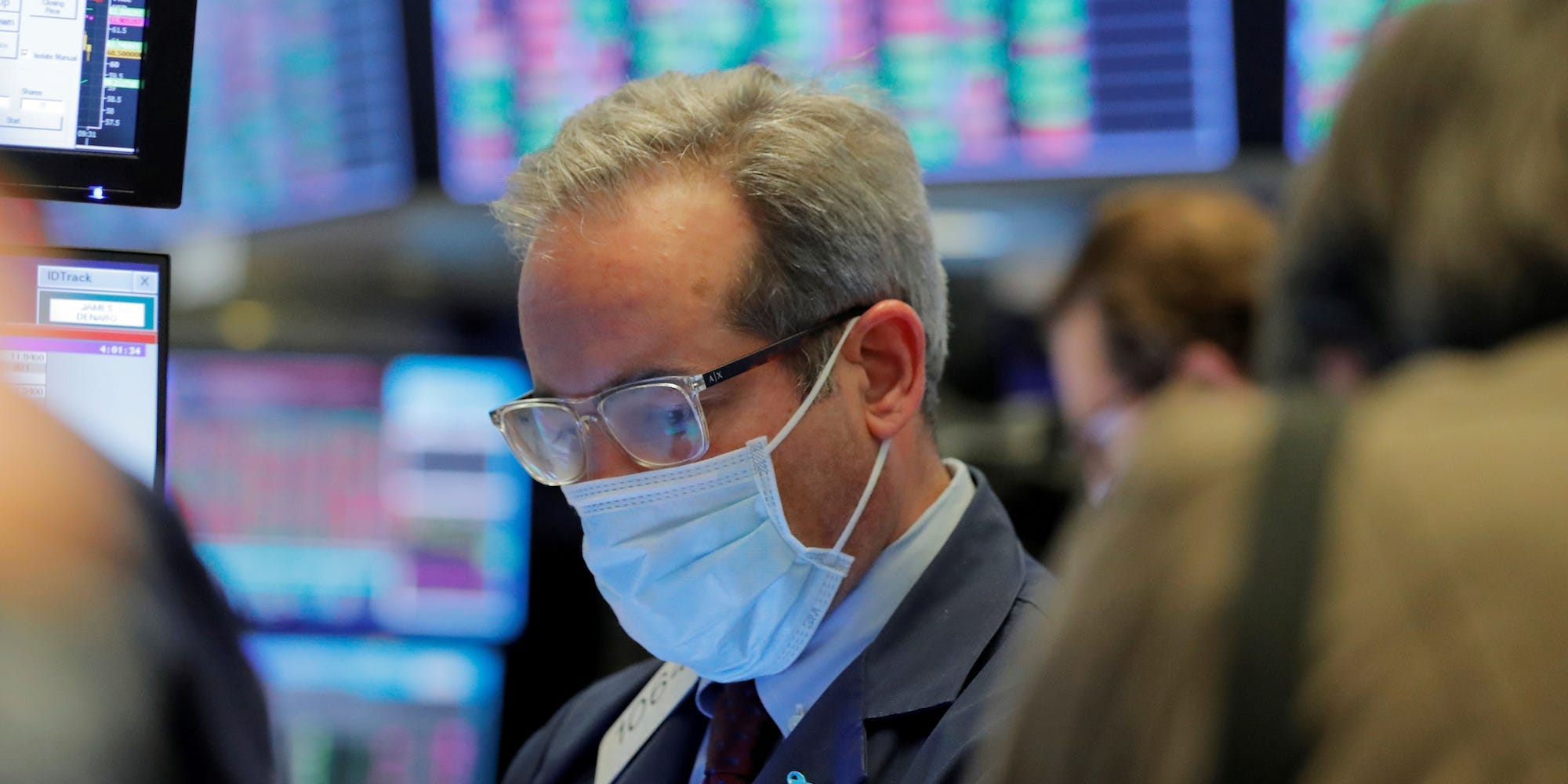 US stocks hovered near record highs on Friday as investors waited on legislators to iron out the final details of a fiscal stimulus package.

Congress has just hours to finalise a new relief package before government funding lapses at midnight. If a deal can’t be reached, lawmakers are set to pass a short-term funding bill for the second week in a row to continue stimulus talks into Christmas week.

Here’s where US indexes stood shortly after the 9:30 a.m. ET open on Friday:

The $US900 billion relief package is set to include a round of $US600 direct payments, funding for the Paycheck Protection Program, and bolstered federal unemployment benefits.

The tepid session comes after the S&P 500, Nasdaq, and Dow closed at record highs on Thursday amid growing hopes for a stimulus breakthrough.

In other encouraging news, Food and Drug Administration advisors endorsed Moderna’s coronavirus vaccine Thursday evening, moving the shot even closer to winning approval for emergency use. Such authorization would come one week after Pfizer’s shot was approved by the FDA.


Read more:
A Wall Street investment chief says the bond market’s smart money could be repeating an error that shortchanged investors after the 2008 crisis. He explains why history will repeat itself â€” and how his firm is taking advantage.

Friday is the last trading day before Tesla joins the S&P 500 index. Goldman Sachs strategists said in a recent note that, though the automaker’s inclusion will have a notable impact on the benchmark’s performance, it won’t make the S&P 500 as expensive as some expect.

Virgin Galactic tumbled after shareholders moved to sell as many as 113 million shares. A regulatory filing detailing the plans didn’t specify when the sales might begin.

Gold edged 0.2% higher, to $US1,889.79 per ounce, at intraday highs. The US dollar strengthened against a basket of Group-of-10 currencies, and Treasury yields dipped.

Oil prices gained slightly amid hopes that stimulus could boost demand. West Texas Intermediate crude rose as much as 0.4%, to $US48.54 per barrel. Brent crude, oil’s international benchmark, jumped 0.2%, to $US51.60 per barrel, at intraday highs.