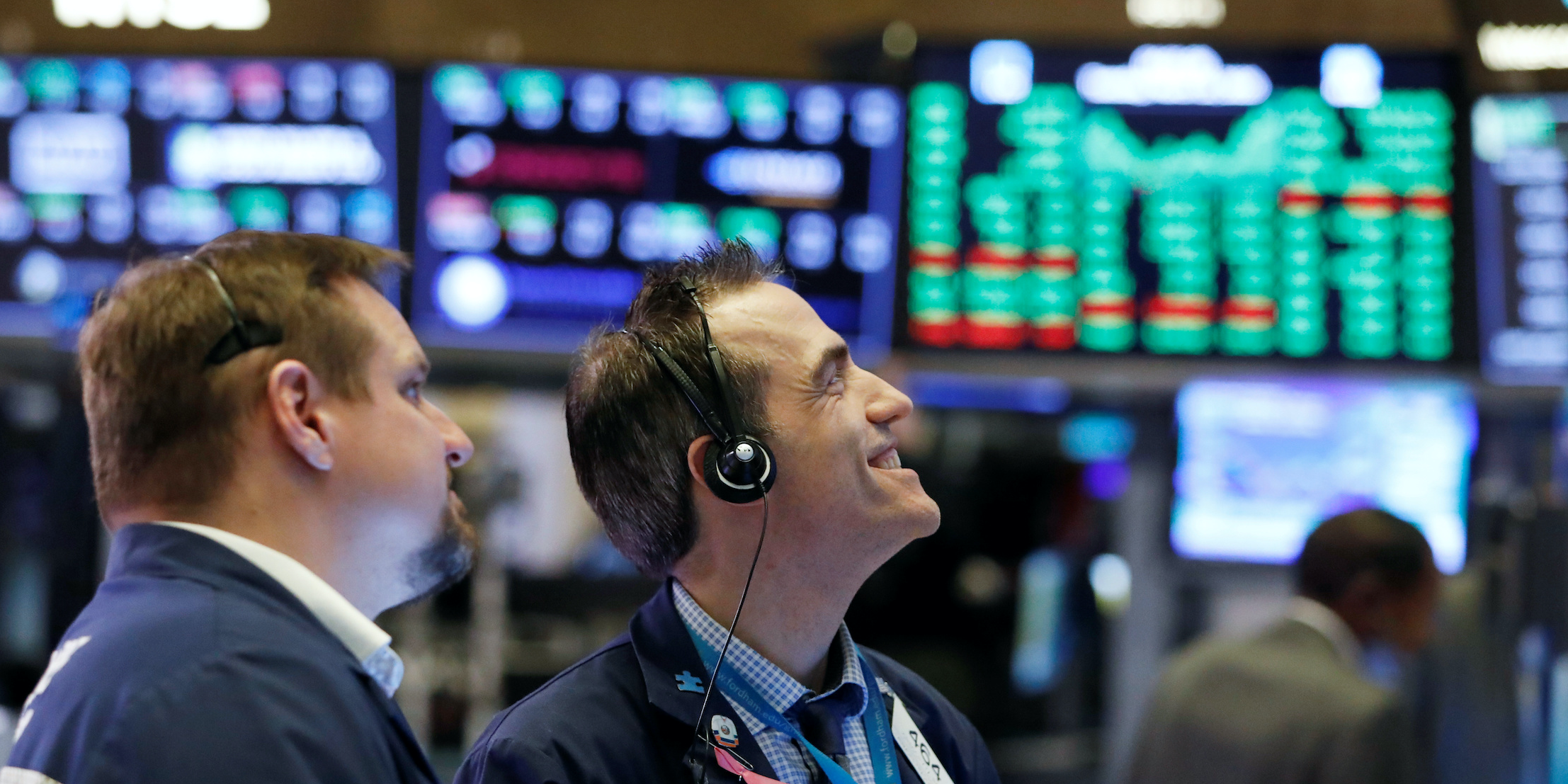 US stocks rose on Tuesday as better-than-expected economic data outweighed mounting concern over a second wave of COVID-19 cases.

The Dow Jones industrial average’s 18% gain in the three-month period from April through June marked the index’s best quarterly return since 1987. Meanwhile, the S&P 500 saw its best gain since 1998 during the period, while the Nasdaq capped off its best quarter since 2001.

Equities got a lift from data showing US consumer confidence jumped in June by the most since 2011, exceeding consensus economist forecasts.


Read more:
BANK OF AMERICA: Buy these 8 retail stocks as they rake in revenues from an unprecedented surge in home-improvement spending

Still, investors are still keeping a wary eye on a second wave of COVID-19 that could slow the ongoing economic recovery. States such as Texas, California, Florida, and Arizona have rolled back reopening plans and imposed new restrictions as local COVID-19 cases have spiked.

Shares of Uber rose on reports that it was considering purchasing Postmates for about $US2.6 billion. Tesla surged to an all-time high after CEO Elon Musk sent an email to employees Monday night saying “breaking even is looking super tight” for the second quarter.


Read more:
Goldman Sachs has formulated a strategy that could triple the market’s return within a year as volatility remains higher than normal – including 11 new stock picks for the months ahead

Wells Fargo declined after saying it would likely slash its dividend in the third quarter to comply with the Federal Reserve’s stress test. Bank of America, Citigroup,Goldman Sachs, and JPMorgan said their dividends would remain the same.

Shares of Boeing slumped after Norwegian Air Shuttle cancelled a deal for its jets. Inovio Pharmaceuticals slipped more than 12% following a report that the company hasn’t provided data needed to determine if its coronavirus vaccine is working.

Federal Reserve Chairman Jerome Powell and Treasury Secretary Steve Mnuchin testified before the House Financial Services Committee midday Tuesday. In prepared remarks released on Monday ahead of the event, Powell warned that failing to contain the virus could be a problem for the economy going forward.


Read more:
JPMorgan breaks down how COVID-19 nearly destroyed one of the market’s safest trades – and lays out 3 lessons to help investors tackle future crises

In global news, Chinese President Xi Jinping signed a national-security law for Hong Kong that’s set to go into effect on Tuesday. The law could spark tensions between the US and China and threaten Hong Kong’s standing as a financial hub.

Still, China’s economy has shown signs of a rebound from the coronavirus pandemic. The country’s purchasing managers’ index climbed to a three-month high in June, surpassing economists’ estimates.