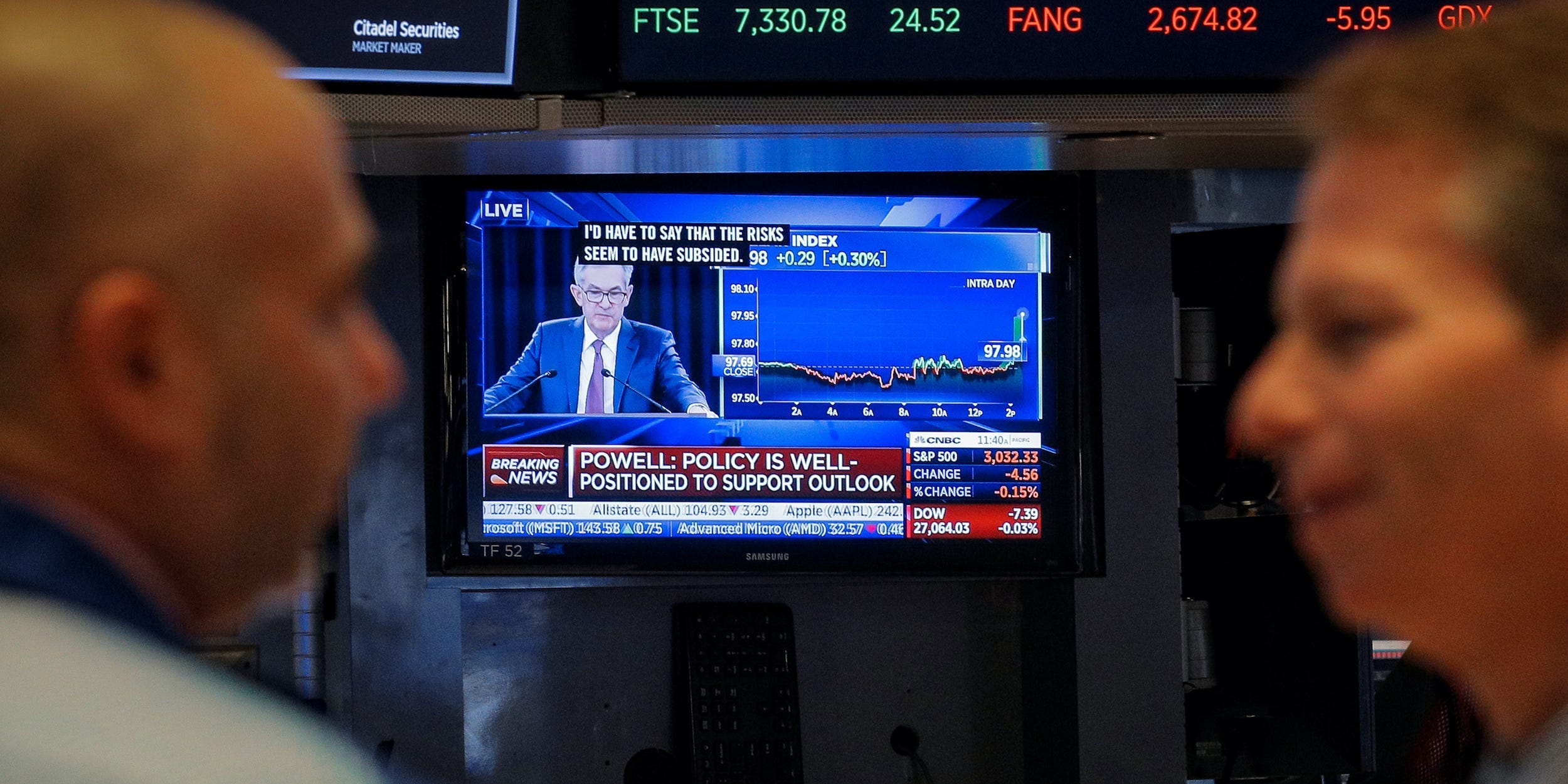 Growth favorites tumbled immediately after the open as investors bet on Biden-backed stimulus to supercharge the US recovery. The increasing likelihood of a stimulus boost has revived fears of near-term inflation as fiscal support lifts consumer spending. Value stocks and small caps historically outperform momentum names as inflation rises.

The rotation faded through the session as Powell testified to the Senate Banking Committee. New stimulus and economic recovery could lift inflation, but an uptick will likely be small and only temporary, Powell said, adding some reopening-fueled price growth is “a good problem to have.”

Aside from consumer discretionary stocks, every S&P 500 sector rose through the day. Energy and communications stocks rose the most.

The bounce-back marks a sharp reversal from the drop seen one session prior. Stocks closed mixed on Monday as inflation concerns pulled cash out of large-cap names and into reopening bets. The Nasdaq composite ended the session down nearly 2.5%, while the Dow rose slightly.

Encouraging virus trends have also prompted investors to position for a summer recovery. The US reported 52,530 new cases on Monday, according to The COVID Tracking Project. That’s the lowest daily total since mid-October. And while the pace of vaccinations has moderated slightly from last week, the US is still averaging about 1.4 million doses a day.

Tesla sank for a second straight day, temporarily hitting its lowest level since December before rebounding. Monday’s losses saw more than $US64 ($81) billion erased from the automaker’s market cap and led CEO Elon Musk to lose his title as the world’s wealthiest person.

Spot gold dipped as much as 0.77%, to $US1,795.73 ($2,274) per ounce, at intraday lows before erasing most losses. The US dollar wavered against a basket of Group-of-20 currencies. Treasury yields edged higher as investors dumped the safe havens.