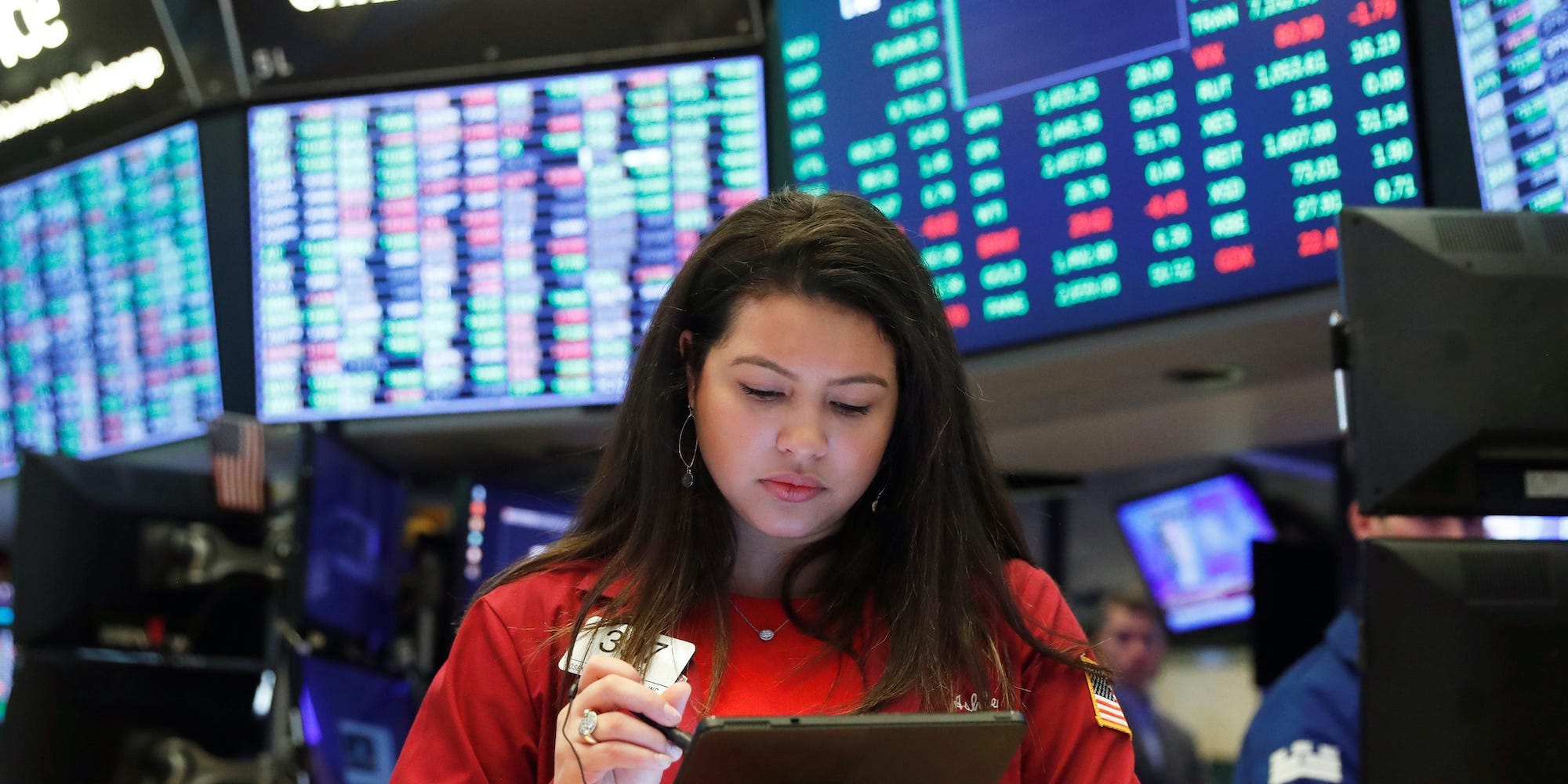 The reading signals that the labor market is returning to growth after a nearly stagnant winter, but the weaker-than-expected data highlights how difficult it will be for the economy to recoup millions of lost jobs.

The modest decline followed weakness in Tuesday’s session. Valuation concerns led tech stocks to weigh on major indexes. The Nasdaq composite sank the most, tumbling by 1.7% into the close.

ADP’s labor-market data overshadowed optimism about coronavirus vaccine availability in the US. President Joe Biden said on Tuesday afternoon that the US would have enough doses for every American by the end of May, pulling forward a key forecast by two months.

The rate of vaccination has neared 2 million doses per day on average, well above the pace of 1.3 million in the final week of February, according to Bloomberg data.

The House passed the president’s $US1.9 ($2) trillion stimulus proposal on Saturday, and Senate Majority Leader Chuck Schumer has said he aims to bring the bill to the Senate floor by midweek. Biden aims to sign the package into law before expanded unemployment benefits lapse in mid-March.

The package is far from a done deal. Democrats are still haggling over some elements of the bill, including the size of a supplement to unemployment insurance. The party needs all 50 votes in the Senate to pass the bill through budget reconciliation, making any last-minute changes risky.

Lyft rose after the company announced that it had its best week for ridership since the start of the pandemic. Wedbush analysts on Tuesday identified Lyft and Uber as top recovery plays.