Investors have been “rewarding junk and disappointment” lately in the stock market, says Credit Suisse. The firm notes stock-market outperformance for companies with heavy debt loads and other soft fundemantals, relative to those that have seen strong earnings growth.

Credit Suisse says investors’ willingness to take on more risk dates back to early November, when prospects for a global economic recovery perked up after drug maker Pfizer said its vaccine candidate was more than 90% effective in preventing infection from COVID-19.

With shares of numerous companies with high-quality fundamentals seeing swelling valuations in recent months, investors have turned to companies with financial profiles that include a low return on assets and high net debt-to-equity. Stocks in companies with high ROA and that carry less debt have underperformed over the past three months, said Credit Suisse. “Every portfolio manager dreams of having perfect foresight, seeing the future before it happens,” wrote Credit Suisse strategists including Patrick Palfrey and Jonathan Golub. “Unfortunately, throughout the current earnings season, identifying companies with superior results has been a drag on performance.”


Read more:
GOLDMAN SACHS: Buy these 26 ‘best of both worlds’ stocks set to soar with economic recovery even if interest rates stay low

The strategists said that, for the first time in over a decade, stocks that have surpassed consensus estimates for revenue and per-share earnings have lagged the market on the day of their announcements.

“The market appears to be sending a clear message that those companies delivering stronger results in 4Q20 are likely to fade as the economy reopens. While earnings surprise is not traditionally equated with quality, the underlying theme is very much the same.”

Nearly 60% of S&P 500 companies have reported fourth-quarter 2020 financial results and 81% of them have turned in per-share earnings that exceeded analyst expectations, according to figures from FactSet. That rate puts S&P 500 companies on track to match the second-higher percentage of positive per-share earnings surprises since 2008, when FactSet began tracking the metric.

Credit Suisse said it not generally a fan of using price action in forecasting the path of stocks. Nevertheless, it said its work indicates that high volatility stocks “and those having experienced large drawdowns, perform especially well during periods of economic reacceleration. Interestingly, these signals are much stronger than fundamentally-based metrics.”

Stocks that are heavily shorted have also outpaced the broad market since early November, the firm said, adding that while short interest is not often used as a quality screen, it does signal investor concern toward a stock. Retail investors in recent weeks had pushed up the price in shares of troubled video-game retailer GameStop as the stock was amongst those with the highest short interest on Wall Street.

Investors are also hunting for higher returns in riskier pockets of the bond market in part as they contend with the near-zero interest rate policy set by the Federal Reserve. Demand for so-called junk bonds has been so strong that their average yield late Monday fell below 4% for the first time ever, according to Bloomberg data. Bond yields fall when prices rise.


Read more:
Short-seller Carson Block says the day-trading revolution that hit GameStop and other stocks is changing the playing field for investors like him. Here’s how his firm is reinventing itself â€” and what he’s betting against today. 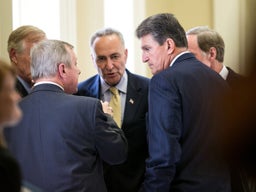 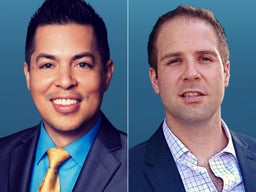