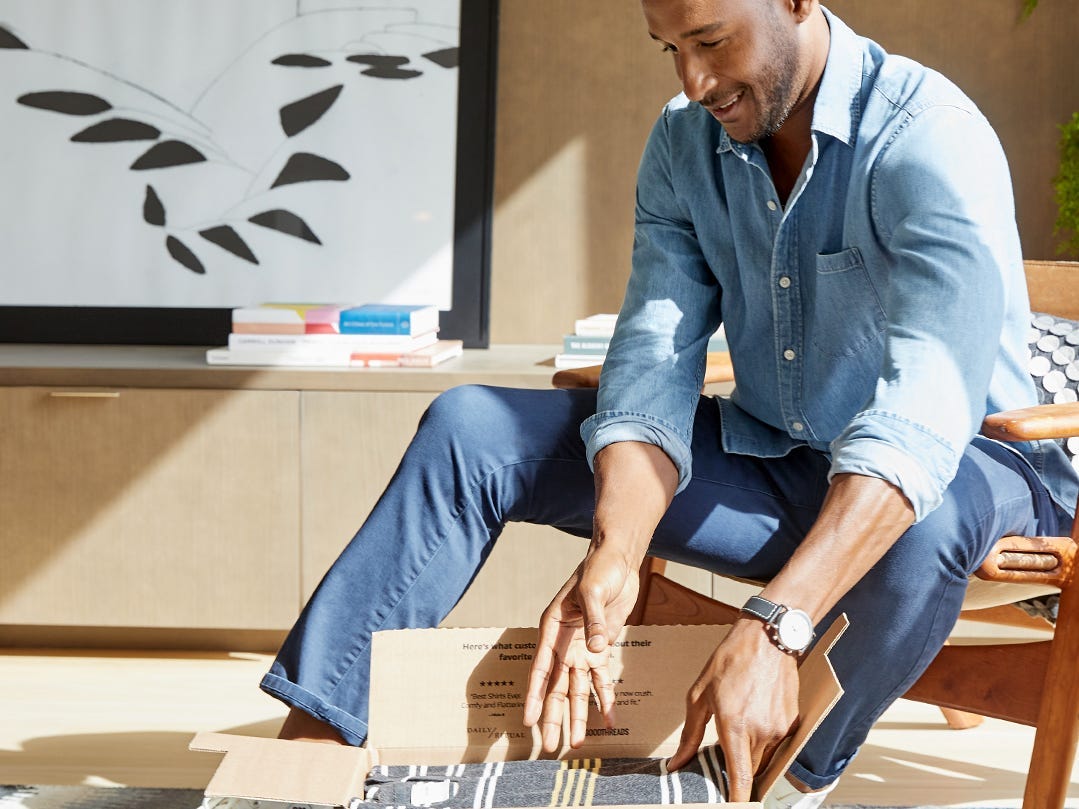 AmazonAmazon expanded its Personal Shopper by Prime Wardrobe service to include men’s clothing.

For $US4.99 a month, members receive shipments of clothing that are curated based on their style and fit preferences. Personal Shopper was first launched for women’s clothing in July 2019. According to an Amazon spokesperson, “hundreds of thousands” of people have since set up profiles for Personal Shopper.

The news that Amazon was expanding the service set off alarm bells for many wondering whether it would spell doom for Stitch Fix, the publicly traded personal styling tech company.

Stitch Fix’s primary line of business is its “Fixes,” which are boxes of items selected for male and female shoppers by stylists using data on users’ personal style and fit.

But analysts say that Amazon’s growth into this category won’t hurt Stitch Fix too much â€” not any more than Amazon’s usual innovations do, at least.

“Obviously, whenever Amazon does anything in retail, we all pay really close attention, and apparel has been a strategic focus of theirs for a long time,” Ed Yruma, managing director at KeyBanc Capital Markets, told Business Insider.

Yruma said that Amazon has done well in basics â€” underwear and socks, for example â€” and continues to make inroads in luxury fashion. This summer, for example, Amazon teamed up with Vogue and the Council of Fashion Designers of America to launch a digital storefront for luxury goods.

But Yruma added that while Amazon’s platform is built to understand a customer’s past purchases, it’s not as well suited as a traditional apparel retailer to making predictions about what trends will be on the rise in the future.

Stitch Fix, meanwhile, collects a lot of data from customers, asking them specific questions on how well each item in their Fix fits, how well it’s suited to their style preferences, and whether it fits into their budget. Stitch Fix charges $US20 styling fees, which are waived if customers buy an item from delivered shipments.

Simeon Siegel, managing director at BMO Capital Markets, noted that selling apparel purely online comes down to an “understanding that fashion needs to be sold differently than consumer electronics.”

“I think fashion is one of the few businesses in the world where selling less allows you to charge more,” he said to Business Insider. “The goal of fashion is to create an experience, to drive a markup and sell an experience more so than a product.”

That experience could be trying a new dress on in a store, or it could be the excitement of opening a Fix box without knowing what’s inside.

Yruma added that Stitch Fix stands to benefit from the bankruptcies that have plagued the retail industry this year. BDO analysts said in their biannual “Retail in the Red” report that the retail industry is on pace for a record number of bankruptcies and store closures for 2020. Since Stitch Fix is purely online, it wasn’t as hurt as brick-and-mortar retailers were when in-person nonessential retail came to a halt this spring due to the coronavirus pandemic.

Stitch Fix said in its earnings call in September that plus-size apparel was a particular area of growth in the most recent quarter. Ascena Retail Group, which as of July operated some 2,800 stores under various banners, said at the time of its bankruptcy filing this summer that it would close all of its plus-size Catherines stores as well as some Lane Bryant stores.

And since Stitch Fix has so much data about its users on file, it’s in a good position to recreate the experience of working with a salesperson in a traditional retail store. Amazon is in the process of refining that still, Yruma said.

Siegel drew a line between older forms of retail, with a “select group of merchant princes telling the world what they wanted to wear,” and new, data-driven retail that takes feedback from customers to determine assortment.

“Perhaps Stitch Fix has been a successful blend of the two,” he said.

And as for how pandemic buying habits will affect the Fix side of the business, Yruma said “time will tell.”

Stitch Fix reported a loss of $US44.5 million in the fourth quarter, though it said revenue grew 11% year-over-year and its active client base grew 9%.