The House of Representatives voted mostly along party lines on Friday to approve a budget proposal that sets the stage for Democrats to pass President Joe Biden’s $US1.9 trillion government rescue package without any Republican votes.

The House voted 219-209 to approve the proposal. Every Republican and only one Democrat, Rep. Jared Golden of Maine, voted against the measure. Golden said he wanted Congress to first approve a standalone package on vaccines.

The approval was the latest sign that Democrats are barreling ahead to secure quick passage of Biden’s relief plan using only Democratic votes. In a letter to colleagues on Friday, House Speaker Nancy Pelosi laid out an aggressive timeline for final approval and said Democrats sought to “finish our work” by the end of February.

The plan includes $US1,400 stimulus checks, $US400 federal unemployment benefits through September, and assistance to state and local governments, among other provisions. Republicans staunchly oppose it, arguing that it is a colossal level of untargeted federal spending.

Lawmakers approved $US4 trillion in spending over the past year, a sum that includes a $US900 billion relief plan in December.

Committees will begin drafting the legislation next week now that both chambers have passed the budget bill containing their instructions. House Majority Leader Steny Hoyer told reporters on Capitol Hill that Democrats would try to put the measure to a floor vote during the week of February 22.

Pelosi and other Democratic leaders met with Biden on Friday, hours after the Senate approved an identical budget bill as part of the reconciliation process. That’s the mechanism allowing the passage of bills with a simple majority of 51 votes instead of the usually required 60. The Senate spent Thursday debating 45 non-binding amendments in a vote-a-rama that stretched into Friday morning.

At a press conference outside the White House earlier in the day, Pelosi vowed to stick to that speedy timeline to avoid a lapse in enhanced unemployment insurance for millions of Americans. “We hope to be able to put vaccines in people’s arms, money in people’s pockets, children safely in schools, and workers in their jobs,” she said.

Meanwhile, Biden gave one of the clearest indications yet on Friday that he was prepared to ditch Republicans in order to quickly enact substantial federal relief.

“I’ve met with Republicans â€” there’s some really fine people who want to get something done,” he said. “But they’re just not willing to go as far as I think we have to go.”

Over the past week, the Biden administration has pursued the support of a group of 10 Republican senators led by Sen. Susan Collins of Maine. The working group unveiled a $US618 billion measure that Democrats panned as insufficient.

That proposal would pare back many of Biden’s provisions. It included $US1,000 stimulus checks with stricter income thresholds and a renewal of $US300 federal unemployment benefits through June.

The senators said in a letter to the White House on Thursday that they “remain committed to working in a bipartisan fashion and hope that you will take into account our views as the legislative process moves forward.”

Senior administration officials have all but dismissed their plan at this stage.

“We’re not going to sit here and wait for an ongoing negotiation,” the White House press secretary, Jen Psaki, said at a briefing on Friday. “Frankly, we haven’t received an offer in return, a response offer to what the president has proposed.”

The economy showed new signs of weakness on Friday with the latest jobs report indicating only 49,000 jobs were recovered. It’s a slow pace of growth after employers shed 227,000 jobs last month. The labour market has only recouped around half of the 22 million jobs it lost when the pandemic initially slammed into the US. 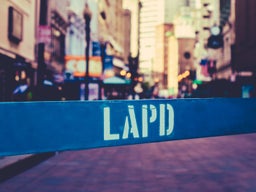