Some people should start getting an extra $600 in unemployment benefits this week. Here's what you need to know if you're applying. 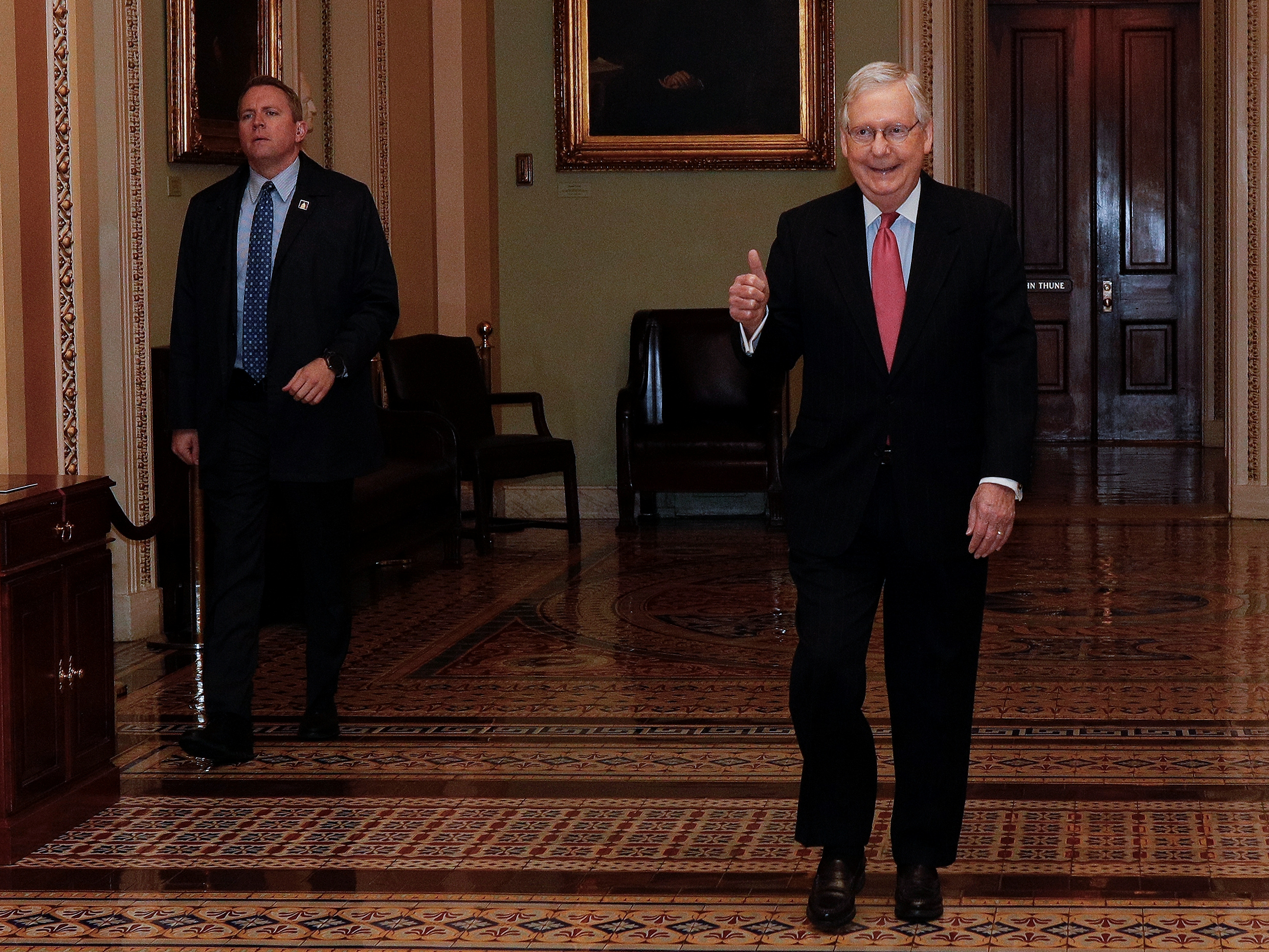 REUTERS/Tom BrennerSenate Majority Leader Mitch McConnell on March 25 after the Senate agreed to a stimulus package.

The $US2.2 trillion stimulus package signed into law last month will allow people to receive an extra $US600 a week in unemployment benefits for up to four months – on top of the amount they get from the state.

That’s a significant boost from the average weekly unemployment-insurance check, which was $US385 in January.

The timing of when individuals will start seeing the extra $US600 in their unemployment checks will vary by state, according to the Department of Labour.

In some states, including New York, some claimants should start receiving the extra funds this week, CNN reported.

The relief package also lets self-employed and contract workers, who typically aren’t eligible, to get up to 39 weeks of unemployment benefits via the new Pandemic Unemployment Assistance program.

The US has already seen a historic number of people applying for unemployment benefits as the pandemic results in mass layoffs. As of April 9, 16.8 million unemployment claims have been filed in the US over the past three weeks. A record 6.6 million people filed for unemployment insurance for the week ending March 28, the Labour Department reported Thursday. That broke the prior week’s record of nearly 3.3 million, which, in turn, had far outstripped the record of almost 700,000 newly filed claims set in 1982. As of April 1, The Economic Policy Institute (EPI) estimates that nearly 20 million total jobs could be lost by the summer due to the pandemic.

The bill also created a $US500 billion pool to help struggling companies, with about $US349 allotted to small businesses. The package also gives up to $US150 billion in loans to state and local governments and $US100 billion to hospitals and healthcare providers. For individuals, the package includes direct payments to lower- and middle-income Americans of up to $US1,200 for each adult and $US500 for each child under 17.

The $US2.2 trillion stimulus package is the latest expansion of unemployment benefits in response to the economic upheaval caused by the coronavirus pandemic.

The federal government also issued guidance to states to allow more flexibility with granting unemployment benefits to employees who can’t go to work because their workplace was shut down, workers who are quarantined, and those who leave work because of a risk of exposure or infection or to care for a family member.

How to get the extra $US600 in unemployment benefits

Here’s a step-by-step guide on how to file for unemployment benefits if you’re unable to work during the coronavirus pandemic. There’s no separate application to get the additional $US600.

If you’ve already applied for unemployment, you don’t need to apply again. The unemployment checks should be automatically updated with the higher amount, according to the Journal.