The $15 minimum wage poses a major hurdle for Senate Democrats as they race to pass the $1.9 trillion stimulus 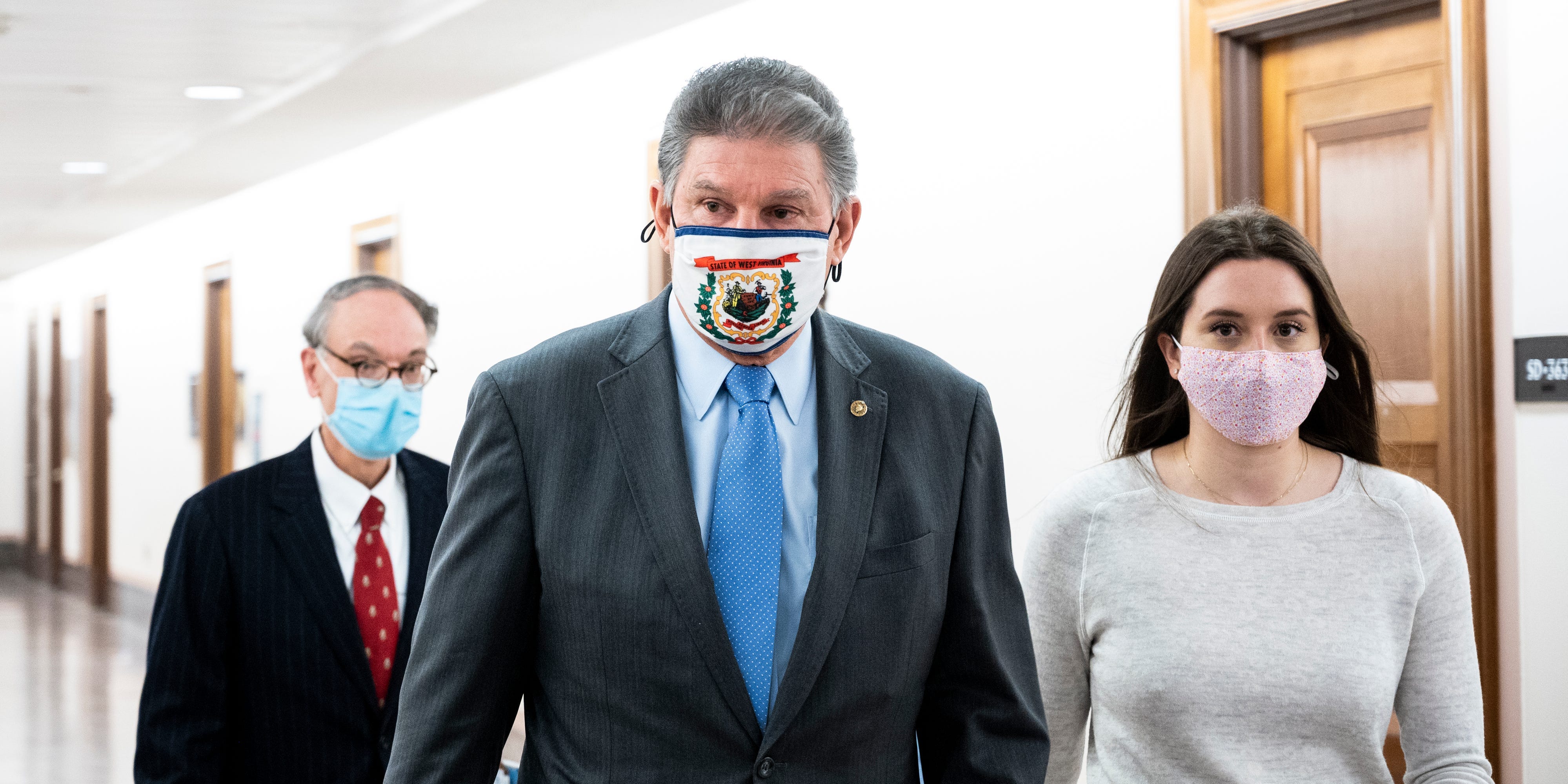 Senate Democrats want to enact a new $US1.9 ($2) trillion rescue package within weeks, but one major hurdle stands between them and the bill’s final passage: whether it will include a $US15 ($19) minimum wage increase.

Once the House approves the legislation and sends it to the Senate, the wage provision is likely to spark some clashes among Democratic senators. The minimum-wage increase in the Biden rescue plan would be phased in over five years and eliminate tipped wages.

Sens. Joe Manchin of West Virginia and Kyrsten Sinema of Arizona have both said they oppose the measure. The resistance of these two lawmakers imperils the measure  even if it clears all the hurdles required of a reconciliation package (the strict budgetary procedure that Democrats are employing to bypass Republicans). A looming ruling from the Senate parliamentarian will likely pose obstacles.

“There might be a few other Democrats with pretty significant concerns about the minimum wage increase,” Jim Manley, a former senior Democratic aide, said in an interview. “No matter how the parliamentarian rules, I’m not sure the votes are there in the Senate to increase the minimum wage to $US15 ($19) an hour.”

The Senate parliamentarian serves as a neutral arbiter of reconciliation, a process that will allow Democrats to approve a bill with a simple majority of 51 votes in the upper chamber instead of the usual 60. Reconciliation requires every provision of a bill to be related to the federal budget, or else the parliamentarian can toss it out.

If the minimum wage doesn’t survive this process, that could complicate Democrats’ swift timeline for approval, targeted for mid-March. But even if it does survive, in an evenly divided chamber where Vice President Kamala Harris can break ties, every Democrat must support the final package.

Sen. Bernie Sanders, chair of the Senate Budget Committee with jurisdiction over reconciliation, told reporters on Tuesday a ruling may come in the next day or two. Progressives like Sanders are championing the measure as a boon to low-paid workers.

The federal minimum wage hasn’t been raised from $US7.25 ($9) since 2009, and labor advocates say a bill should lift wages for essential workers and others putting themselves at risk in the pandemic.

But Republicans argue that raising wages during a pandemic would cause employers to shed jobs. Some Democrats share those concerns as well.

“I think small business has got to be kept in mind, and I think there are a number of different variations that are being proposed that help insulate the impact in terms of small business,” Sen. John Hickenlooper of Colorado told the Wall Street Journal.

A report from the nonpartisan Congressional Budget Office indicated the $US15 ($19) minimum wage plan would cause 1.4 million job losses, but lift 900,000 people out of poverty.

There is some GOP support to raise wages. On Tuesday, Sens. Mitt Romney and Tom Cotton introduced legislation to raise the minimum wage to $US10 ($13) over four years once the pandemic is over. They would also tie it to mandatory use of the E-Verify program so employers can keep tabs on the immigration status of their workers.

“If we don’t have the $US15 ($19) proposal as part of reconciliation, we’ll need to sit down and work on a bipartisan proposal,” Romney told reporters on Tuesday. “And we’re open to considering other people’s points of view.”

But many Democrats are eager to press ahead on their own without Republican votes. Sanders recently expressed confidence that the pay bump would clear the stringent reconciliation process and garner enough Democratic votes for passage.

“I think we’re going to pass it as it is,” he told reporters on Monday. “The Democrats are going to support the president of the United States and the overwhelming majority of the American people want to pass this Covid emergency bill.”

But that’s not holding back some Democrats from pitching ideas about a lower wage increase in the final legislation. Manchin told reporters on Monday evening he would try to offer an amendment to the legislation.